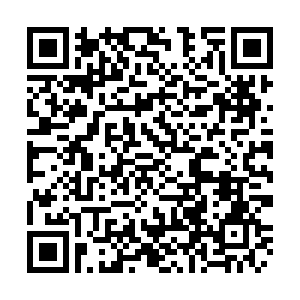 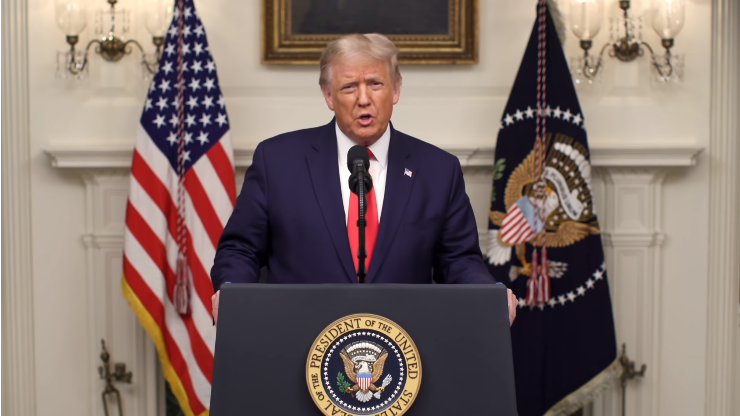 U.S. President Donald Trump squandered what might have been perhaps his last real chance to promote global solidarity while speaking at the 2020 UN General Assembly via video link on Tuesday.

Instead of being the peacemaker that he claims to be with respect to the recent agreements that he facilitated in the Balkans and the Middle East, he spent a fair amount of his speech strongly implying that China is a Nazi-like threat to world peace. This was very dangerous rhetoric which deserved no space at such a prestigious global body.

The allusion was obvious enough from his very first sentence. He described the COVID-19 pandemic as a "great global struggle" akin to World War II, after which he immediately attributed it to China by calling it the "China virus."

By declaring that "we must hold accountable the nation which unleashed this plague onto the world: China," and specifically directing his demand to the UN, Trump is agitating for China's isolation from the same organization that it helped found 75 years ago. 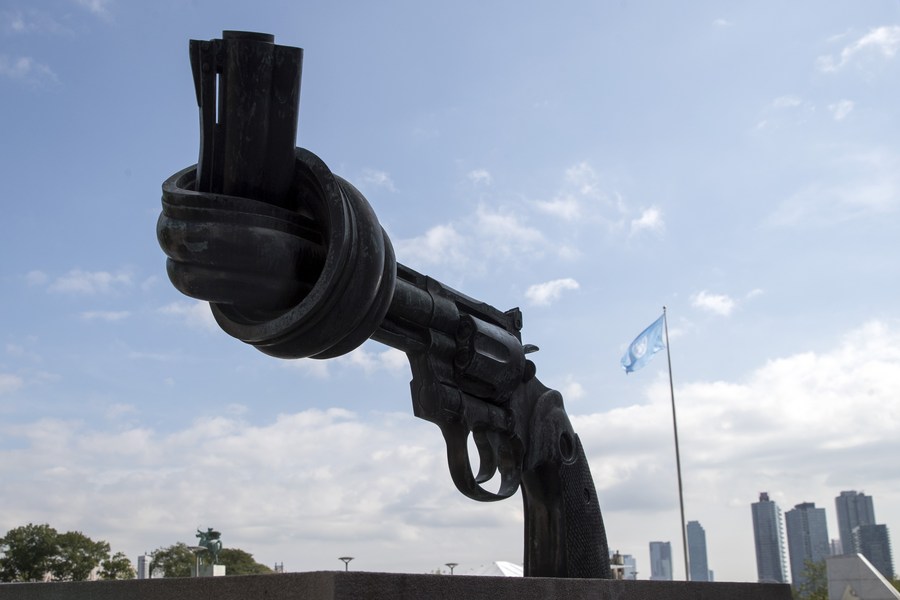 Some experts have previously suggested that Trump is interested in creating an "alliance of democracies" to replace the functions of the UN in the U.S.' "sphere of influence" across Latin America, Europe and the "Indo-Pacific," so it's possible that he's establishing the pretext for doing so with this speech.

If he wins re-election and the UN doesn't do what he demands of it, then he might go through with this globally destabilizing scenario in order to formalize the new Cold War divisions across the world that he provoked in his first term.

This insinuation might supercharge his right-wing base which has been preconditioned to hate China with a passion as a result of three and a half years of incessant indoctrination.

More moderate Americans, especially those that are still on the fence about who to vote for in November, might be attracted to his World War II comparisons which portray him as a global hero along the lines of Franklin Delano Roosevelt. This could in turn inspire them to vote for him for patriotic reasons, thus giving him the potential edge over Biden.

What Americans should keep in mind, however, is that Trump's possible second term won't be the smooth sailing that he promised when he concluded his speech by saying that "I am supremely confident that next year, when we gather in person, we will be in the midst of one of the greatest years in our history – and frankly, hopefully, in the history of the world." He just provoked China in an unprecedented way by insinuating that it represents a Nazi-like threat to world peace because of COVID-19, which doesn't augur well for global stability.

China, true to its peacemaking nature, will probably only respond politically and then reiterate its commitment to cooperate with the U.S. in the interests of pursuing win-win solutions.

It's Trump, though, who might most likely remain the obstacle to defusing bilateral tensions. He's extremely sensitive about how others perceive him and might therefore feel uncomfortable cooperating with the same country whose reputation he ruthlessly savaged on the world stage even if he has an unexpected change of heart about it one day.

Since the American leader is so obsessed with comparing the COVID-19 pandemic to World War II for electoral reasons, it might therefore become a self-fulfilling prophecy in his potential second term that forthcoming events follow the model that came after that global conflict.

Just like the Cold War arose out of the World War II, a cold war may emerge in the aftermath of the COVID-19 pandemic, seeing how hostile the U.S. has been toward China since this global crisis began.

It's impossible to predict the future with 100 percent certainty, but one can nonetheless make the pretty confident prediction that Trump's possible second term will be characterized by the U.S.' even more intensified global competition with China, judging by what he said at the UN.

Even though his supporters applaud him for not starting any conventional wars like his predecessors usually did (at least not yet), they shouldn't overlook how much more dangerous it is that he's provoking a new cold war with nuclear-armed China.