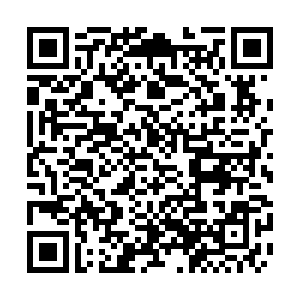 China's permanent representative to the United Nations, Zhang Jun, on Thursday fought back at U.S. accusations against China over the handling of COVID-19.

At a summit-level debate on "Global Governance after COVID-19," the U.S. ambassador to the United Nations, Kelly Craft, repeated President Donald Trump's demand to hold China accountable for the spread of the virus.

Zhang asked for the floor at the end of the meeting and made a strong objection, saying "China resolutely opposes and rejects the baseless accusations by the United States."

"It's a moment for solidarity and cooperation."

Zhang said the vast majority of Security Council members called for upholding multilateralism and strengthening solidarity and cooperation, and it reflects the consensus of the international community.

But the U.S. is again "abusing the platform of the UN and its Security Council" and "spreading political virus and disinformation, and creating confrontation and division. Such action would only undermine international efforts to tackle the pandemic," he said.

China and its people have made great efforts and sacrifices, which are recognized by the international society, to fight the battle, Zhang said.

The U.S., with nearly seven million confirmed cases, should reflect on its failure in handling COVID-19, the Chinese envoy said.

"With the most advanced medical technologies and system in the world, why the U.S. has turned out to have the most confirmed cases and fatalities? Many countries which were hit by the pandemic around the same time have already contained the virus, and why the U.S. has failed to do so? According to the official data of the U.S., its minority groups register a higher rate – disproportionate with their population – of infection and fatality, why? What is the fundamental cause?" he asked.

The United States always portrays itself as a "force for good," and vows to play a leading role in global affairs. Countries including China welcome such efforts of the United States, Zhang said.

But to be a good leader, the U.S. should lead by example by following international law and fulfilling international obligations, he said. It should promote international cooperation rather than impose sanctions, create division and confrontation, and bully others, he continued.

"We hope the U.S. will return to the right track of mutual respect and win-win cooperation, and shoulder its due responsibility for world peace and prosperity."

(Cover: China's permanent representative to the UN, Zhang Jun, speaks to reporters in New York on September 22, 2020. /Chinese Permanent Mission at the UN)