Legacy of Buddhism still shines in Xinjiang
By Zheng Yibing 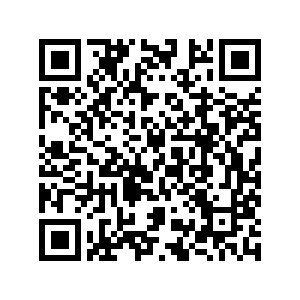 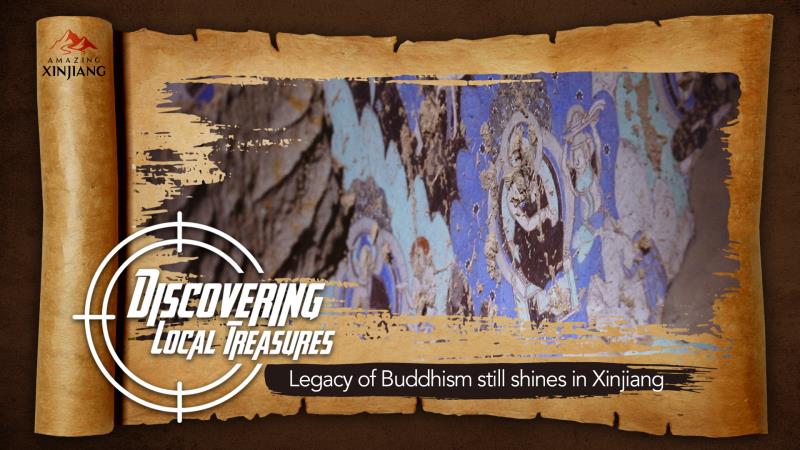 Kuqa, a bustling township at the center of the ancient state of Qiuci, used to be a hub for business, culture and thoughts along the ancient Silk Road. It drew travelers and traders from far and wide, all with different perspectives on life and eager to learn from others. It was known to be a place where a belief system could truly thrive.

The centuries seem to have passed by in a flash here. Yet, the long passage of time could not totally bury history.

There are ruins of Subash Temple north of the city of Kuqa in southern Xinjiang, highlighting the dominance of the Buddhist religion in these parts. 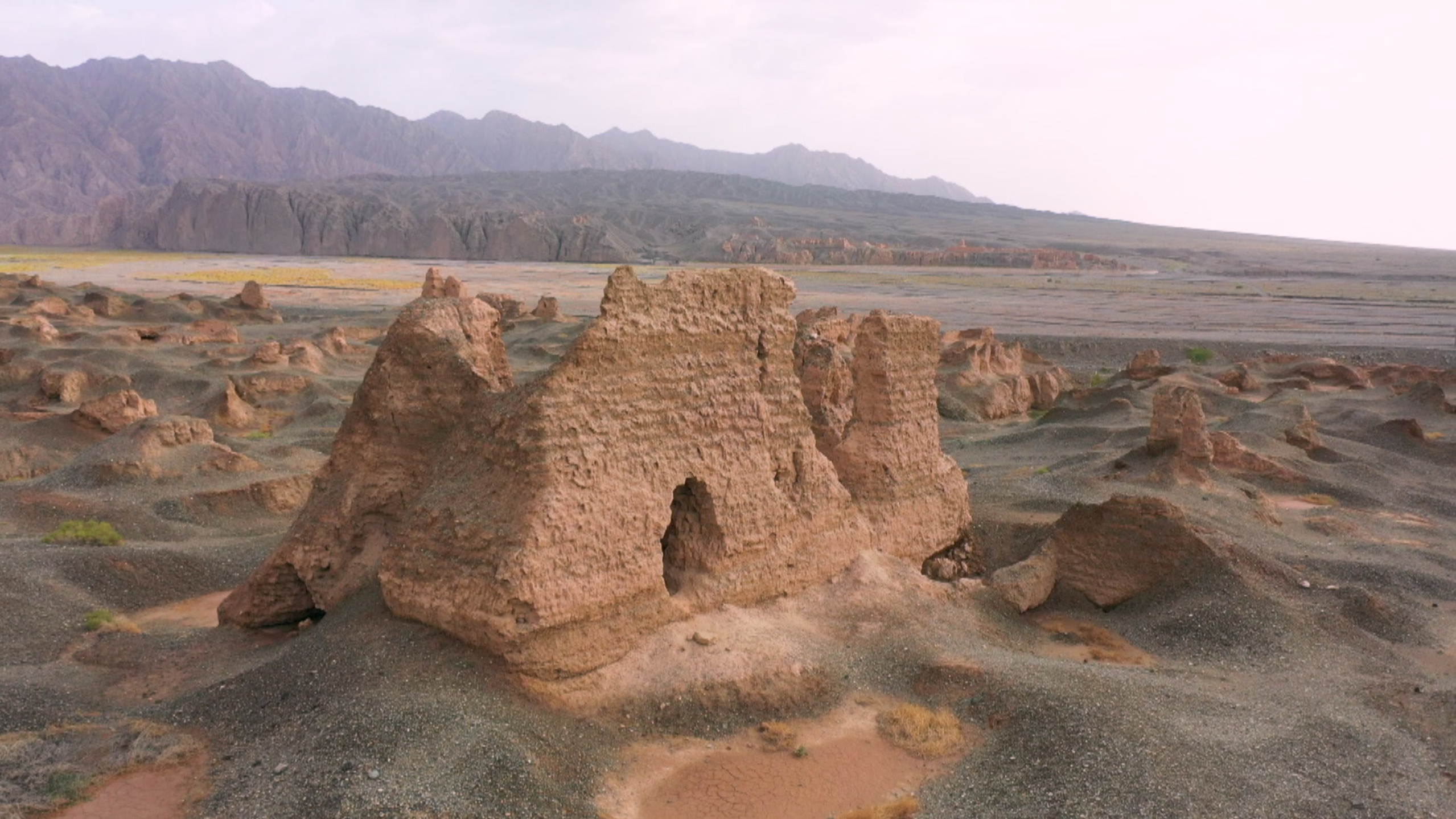 "Buddhism came to Qiuci around the 2nd century," illustrated Miao Lihui, chief researcher at Kucha Academy of Xinjiang. "Construction began on Subash in the following century. It was supposed to be the largest temple here. It flourished until the 12th century."

"From here, we can see traces of the time when Indian Buddhism was introduced into China, and Chinese Buddhism later spread westward," Miao said.

These traces have gone down in history and the evidence is still quite vague.

However, there are stronger claims in the Kizil Buddhist cave temples in neighboring Baicheng County.

Miao Lihui has been doing research here for two decades. 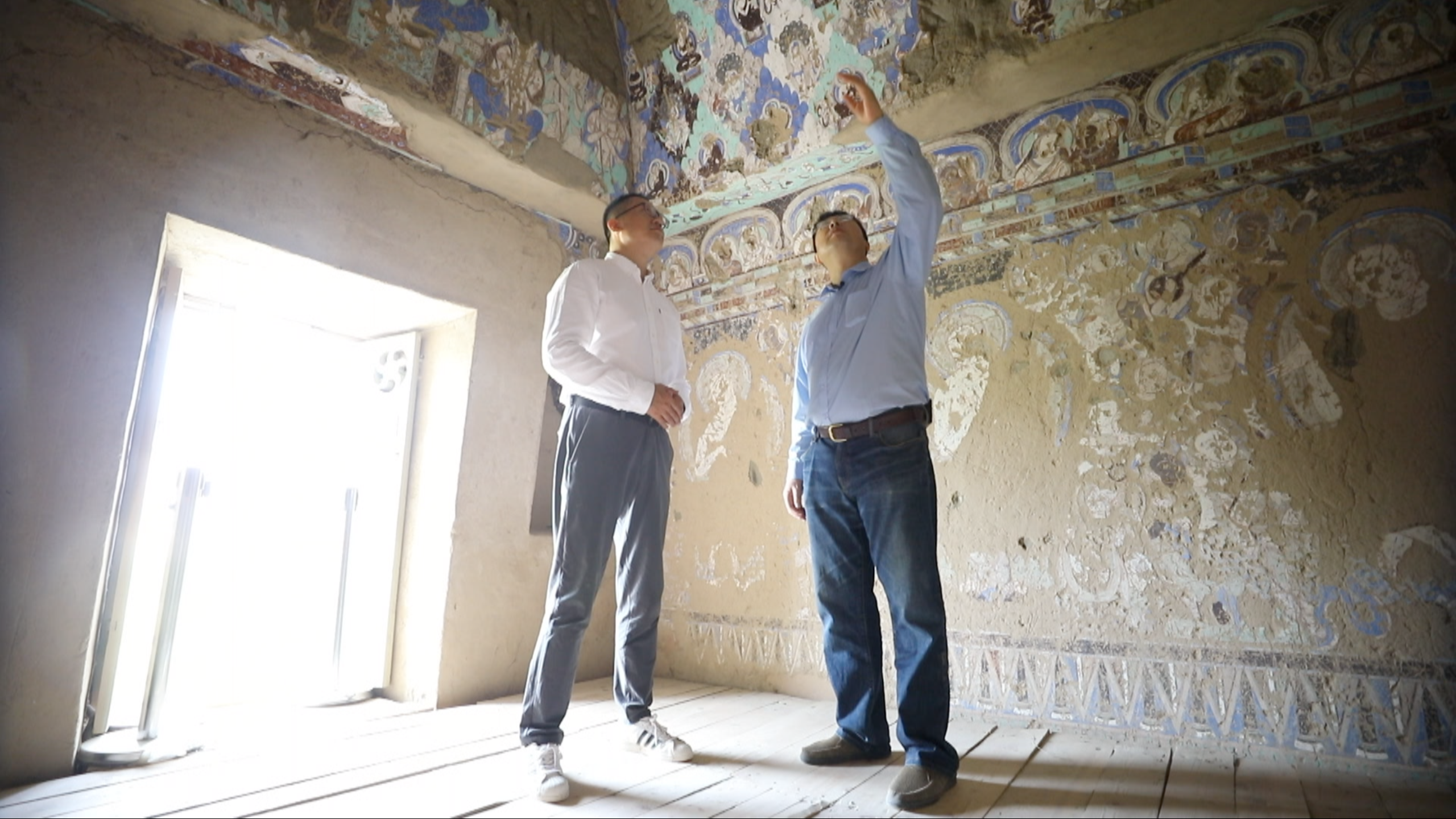 One of the 339 caves in Kizil Buddhist cave temples in Baicheng County, southern Xinjiang. Wang Peng/CGTN

One of the 339 caves in Kizil Buddhist cave temples in Baicheng County, southern Xinjiang. Wang Peng/CGTN

"The theme of these paintings is closely related to Sakyamuni, and so are the stories. The tales are about Buddha's previous lives and journey in this life. On this dome, there's a painting of the Buddha's life as Prince Sudana is sacrificing his own life to save a family of tigers," Miao explained as he showed us into a cave.

These paintings are said to encourage kindness and good deeds. It was actually from Qiuci where Buddhism was introduced to central China. 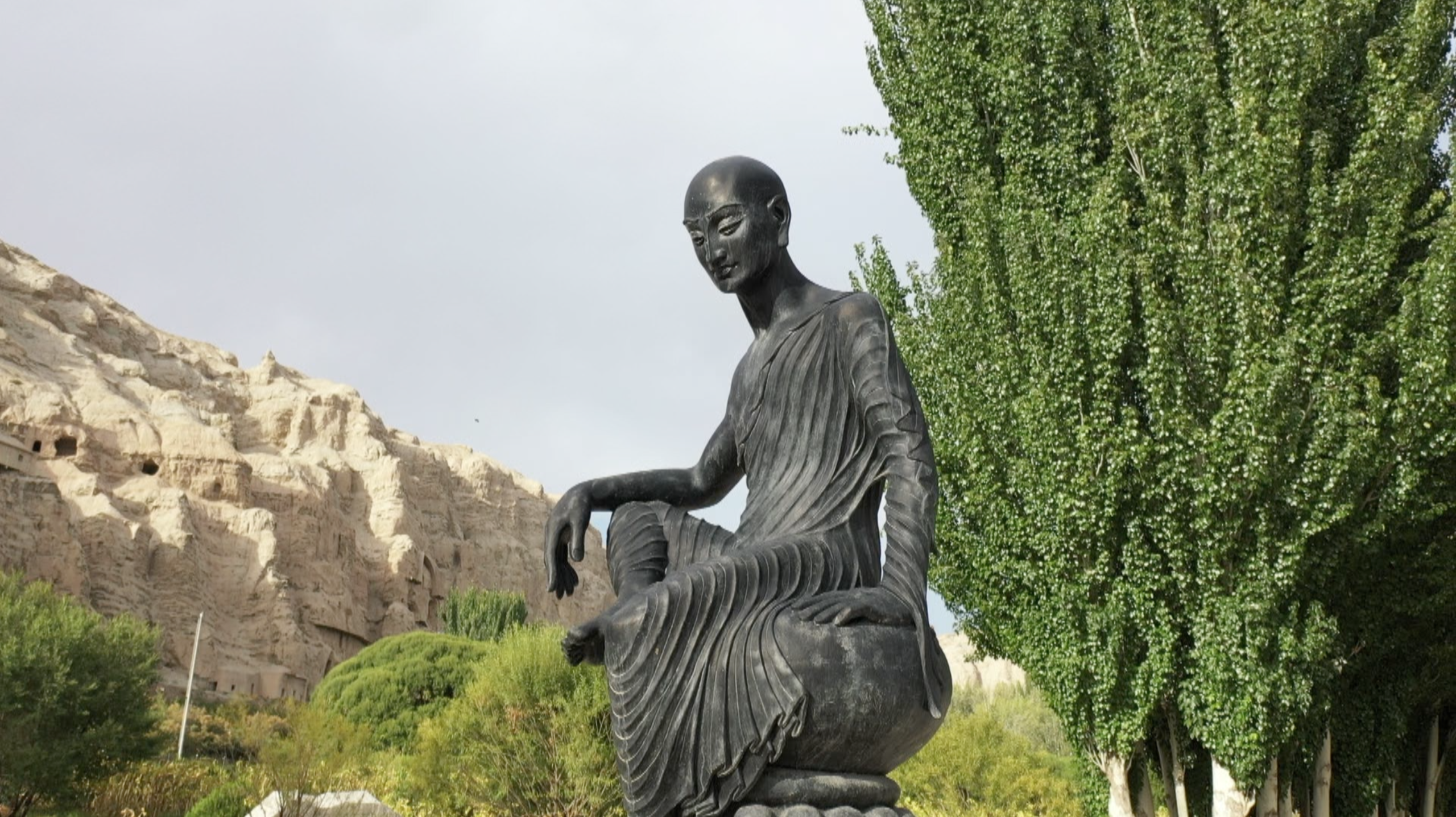 "We see these temples, grottoes and the Buddhists who once lived here and brought Buddhism to Qiuci. Through this, they were able to bridge cultural exchanges between the east and the west and promote world cultural prosperity and development," Miao said.

Though in the past centuries, many were stolen and brought to other parts of the world, those that remain are well-preserved and listed as part of a UNESCO World Heritage site.

They are our window into a time when Buddhism truly flourished in Xinjiang.

Over time, Buddhism gradually disappeared from Qiuci, now known as Kuqa. But its legacy remains. It will not quietly turn to ashes and dust, but rather be remembered for generations to come.