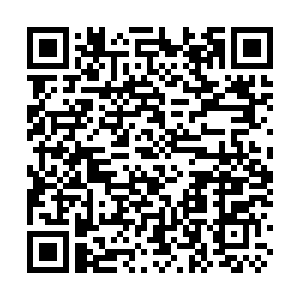 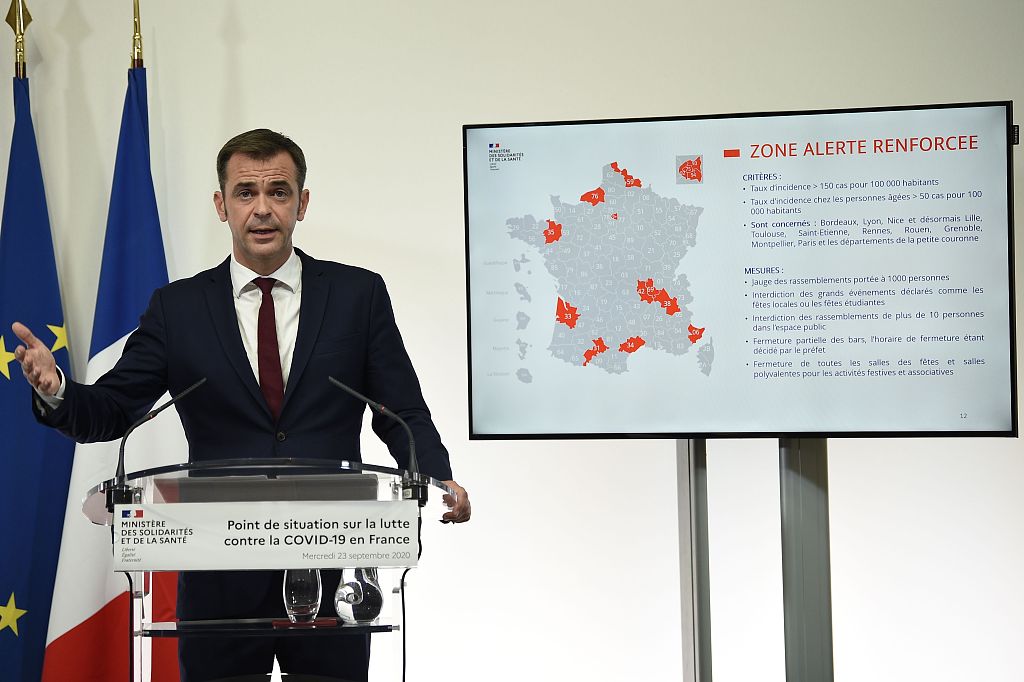 France reported a new record for daily coronavirus infections on Thursday a day after the government announced new restrictions on bars and restaurants in major cities which have provoked an outcry from local politicians and business owners.

Figures from Public Health France showed that 16,096 people had tested positive for COVID-19 over the last 24 hours, a record – even though experts advise that testing during the first coronavirus wave in March-April captured only a fraction of cases.

The centrist government of President Emmanuel Macron announced a series of new measures on Wednesday to try to slow the spread of the disease, including the closure of all bars and restaurants in Marseille and earlier closing times in Paris and elsewhere.

Faced with criticism from the mayors of Paris and Marseille, legal challenges and calls from some bar owners to defy the new orders, Prime Minister Jean Castex called for "responsibility" and implied his opponents were playing politics.

"What I don't want is that we go back to March," he said, referring to one of the strictest national lockdowns in Europe in which French people were required to fill out forms to leave their homes. 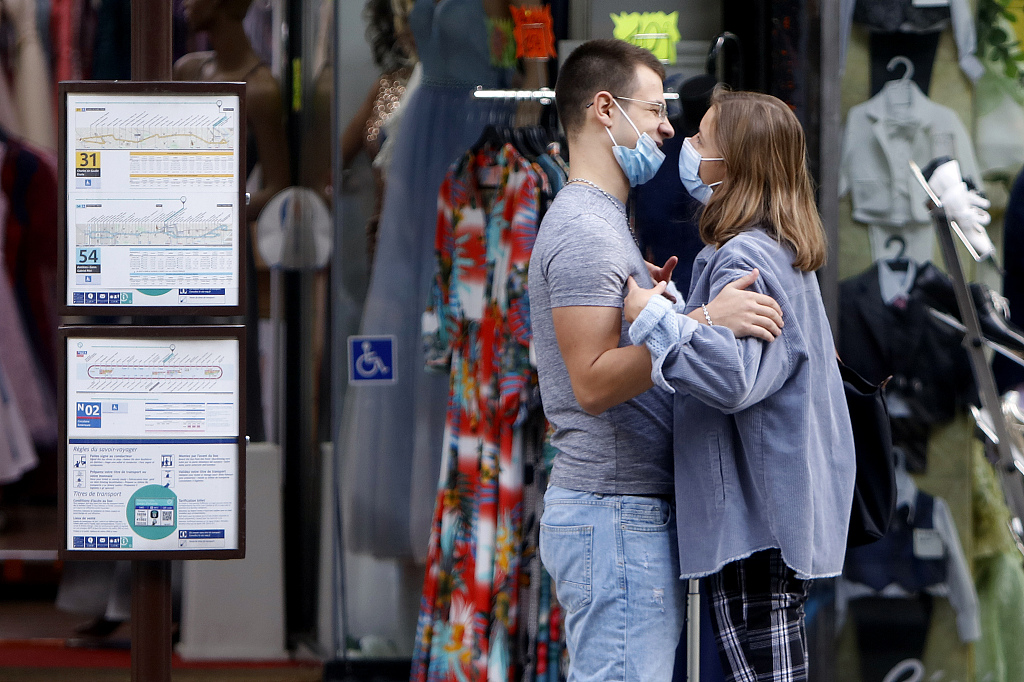 A man and a woman wearing masks hug each other outside a shop in Paris, France, September 24, 2010. /VCG

A man and a woman wearing masks hug each other outside a shop in Paris, France, September 24, 2010. /VCG

The southern port city of Marseille has been put on "maximum alert", while Paris and 10 other cities are at "elevated alert" – the second tier on a new sliding scale system of infection control measures.

Public gatherings in all of these cities – which includes Bordeaux and Lyon – have been limited to 10 people, and attendance of large sporting events or concerts to 1,000.

Marseille's left-wing mayor objected that she had not been consulted about orders to shut bars, restaurants and sports facilities, and insisted that steps taken locally were started slowing the outbreak.

"I am angry because there was no consultation," Mayor Michele Rubirola, herself a doctor, told Franceinfo radio.

"Why turn the screws when our numbers have been improving for a few days now?"

Owners of restaurants, cafes and other businesses in Marseille said they would stage a protest against the new measures on Friday.

Bernard Marty of the UMIH union, which represents the hospitality sector, warned of "insurrection," with several restaurant owners vowing to ignore the closure orders. 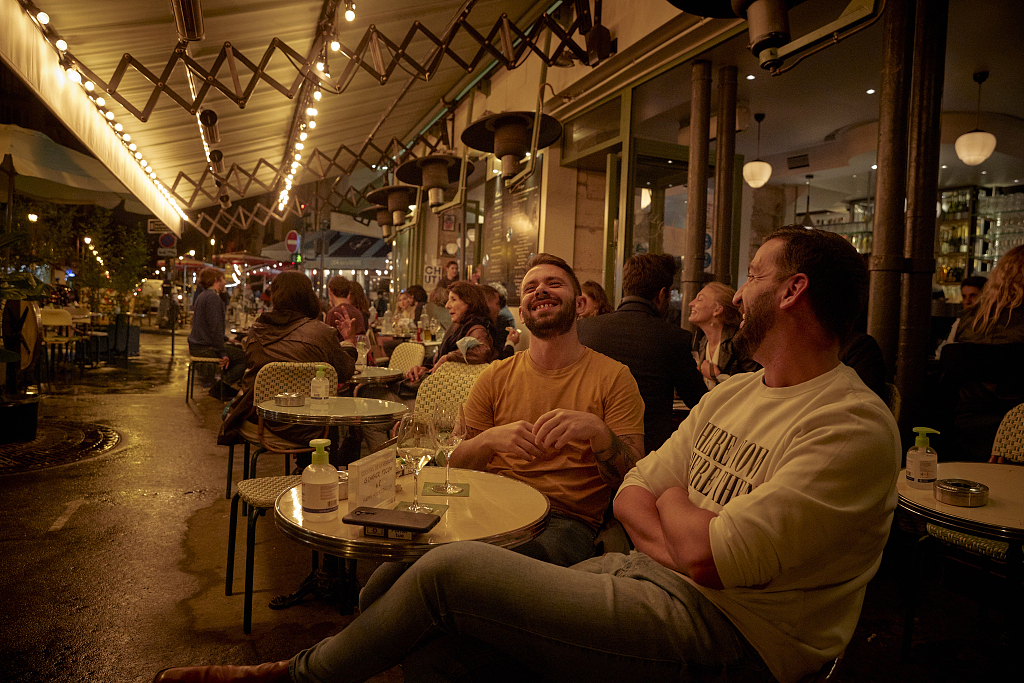 Mayor Anne Hidalgo of Paris, which will see its gyms and other indoor sporting facilities closed as well, said she had lodged a formal protest.

"I do not think that the closure of bars after 10:00 pm is an appropriate measure," Hidalgo told France 3 television.

"It is hard to understand: how will it prevent the spread of the virus? How will the fact that we can no longer exercise help us, while sport is an important part of keeping us healthy with strong immune systems?" she asked.

Paris hospital authority AP-HP said Thursday that an influx of coronavirus patients was forcing it to start cancelling non-emergency surgery starting this weekend.

The number of coronavirus patients in Paris hospitals had more than doubled in three weeks, from 150 to 330, and would probably reach 600 by month's end, said deputy director Francois Cremieux.

Numbers of COVID-19 patients in intensive care have followed a similar upward curve, from 50 three weeks ago to 132 on Wednesday and likely more than 200 by next week, he said.

With a quarter of critical care beds now taken up by coronavirus patients, AP-HP will start by cancelling 20 percent of operations to free up capacity, said Cremieux.