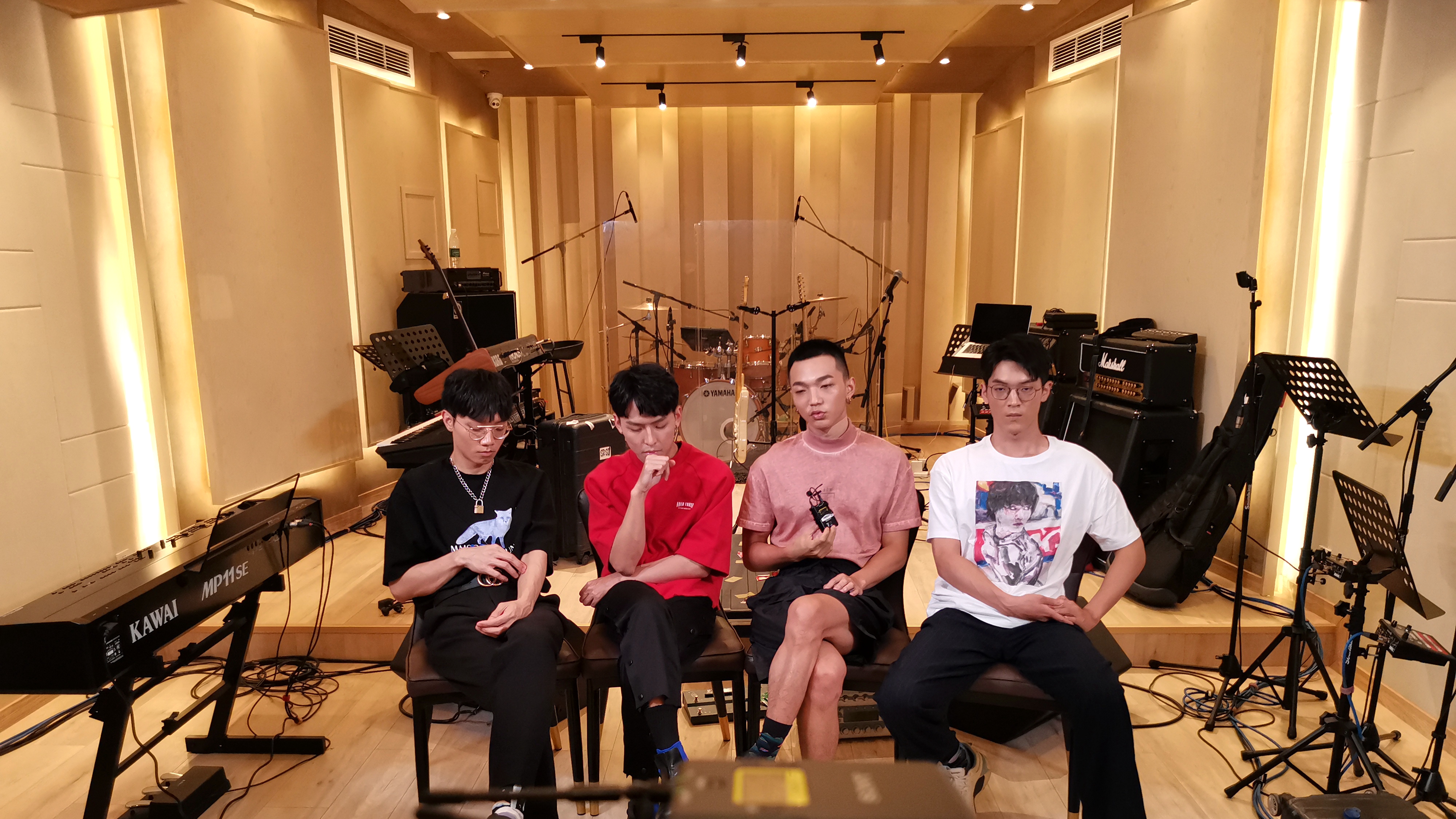 "Fool and Idiot" may seem like a strange name for a band. But as the members explain, fool represents the most unsocial inner self, and idiot means one who is influenced by the public and trends.

One of the three Taiwan bands featured in the second season of the online music variety show "Big Band," the four-man group has left some very impressive notes. CGTN reporter Yang Ran sat down with them in their Beijing rehearsal studio.

Unlike bands who chose explosive songs with strong beats and virtuoso solos, Fool & Idiot performed "5:10 am," a melancholy song from their first and only studio recording "Till 5:10 am."

They failed to make the second round. And though viewers voted them back to the stage in an online poll, they didn't advance. 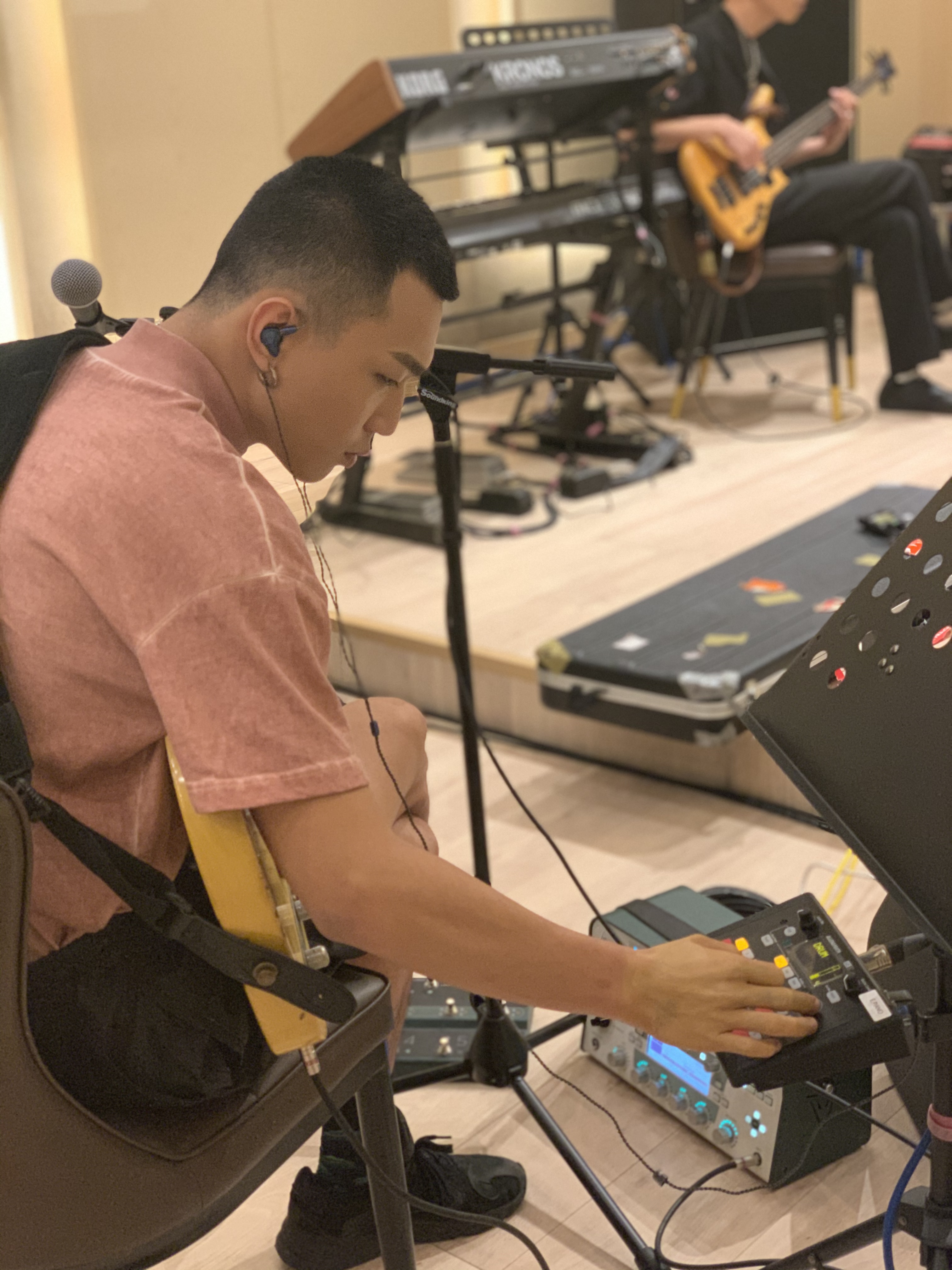 "Firstly, 5:10 am is a comparatively popular song in this album. Secondly, the song tells our style pretty well. We didn't focus on breaking out of the competitors. We cared more about presenting the band more precisely and completely to the public," lead vocalist Eric Tsai said.

People got to know the four in 2018 from the 2nd season of the online music contest "The Coming One." Lead vocalist Eric Tsai clinched the title and introduced the band in the competition. Most contestants dream of winning a talent show and becoming an idol, but not Tsai.

"My aspiration has always been playing in a band. The talent show might bring me some glory in the market, but that is not very important to me. What I think most important is to make some good works in the band," Tsai said.

The guys came together in 2015, and released their first album "Till 5:10 am" in June 2019. The recording is notable in several aspects, such as the lyrics, the sophisticated arrangements, and the use of varied instrumental elements. It is their observations of their surroundings, reflections, and apparently, the spirit of youth. 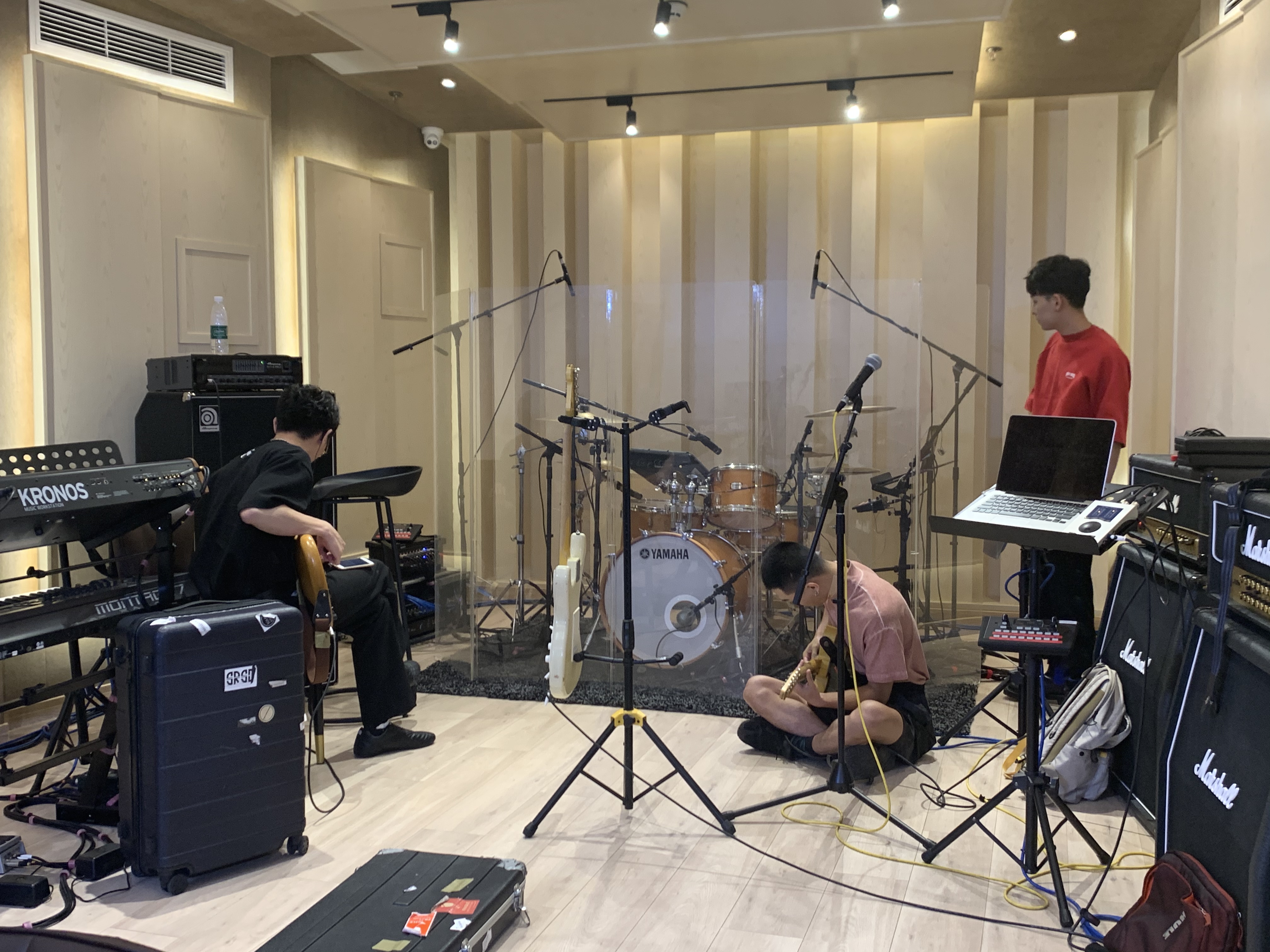 Fool and Idiot rehearsing in a Beijing studio. /CGTN

Fool and Idiot rehearsing in a Beijing studio. /CGTN

"Eric wrote 'Life Recording' in his second or third year in university. All I can recall from that period is that we sat outside the convenience store, chatting and drinking till dawn. We talked about philosophy that we thought was profound. That was a rather moody university student condition. But I won't call it naive and stupid, because everyone has experienced that confusion and loss," Drummer Weijun said.

"'Till 5:10 am' is about a condition. Our condition in 2016 and 2017 before we finished the album. That was the post-adolescence state. That was the uncertainty about the future, and the pressure to enter society. We didn't want to inject any opinion of value specifically. It was more like a pure expression and portrayal of our conditions. It is a small set-up that only focusing on our own situations," Tsai said.

After signing with a Beijing-based talent agency, the four got quite a few chances for exposure on the mainland. There's no hesitation in embracing the commercial market. They hold tight to their original intention of doing music and dare to dream big.

"The reality is whether your performance is impressive enough or not. If you want to survive in the market, you have to be seen by many. You have to be consumed by the shows or any party A. If we're going to be consumed, at least we can decide how good are we when we are consumed." Tsai said.

"I want to perform in the Taipei Arena," Bassist Yibang said.

"We will receive that kind of invitation when our songs are good enough," Tsai followed up.