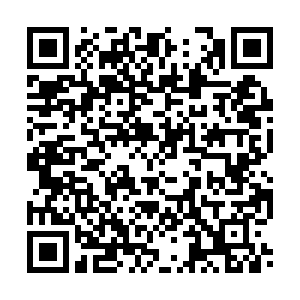 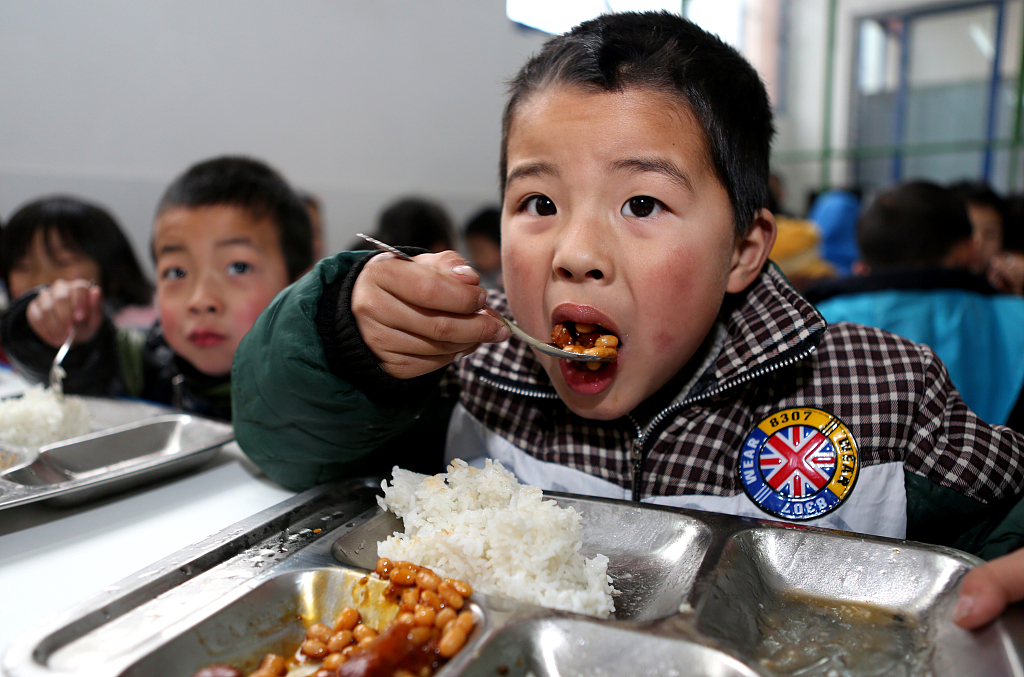 China launched the Free Lunch for Children (FLC) Initiative in 2011 because students in remote poverty-stricken villages had to endure hunger because their families were too poor to afford lunch or their families were too far away from their schools. Ten years later, official data shows that over 40 million students have benefited from the scheme.

"The initiative has safeguarded the bottom line of social equality," said Ren Chunrong, a researcher at the Chinese Academy of Education Sciences. "The program has saved children from hunger and malnutrition and allowed parents to spend more time to improve their family incomes."

The parents of most beneficiaries are farmers or migrant workers who often have no time to make lunch for their children due to their heavy work schedule, Ren explained.

Currently, the central government provides each student with a daily lunch subsidy of four yuan. Officials of the Ministry of Education determined that because prices in rural areas are relatively low, that sum, based on the annual per capita food consumption expenditure of rural residents, can fully satisfy the basic food requirements of each student.

"With the current subsidy, the school provides each student with three dishes and one soup at lunchtime. The meal contains meat every day and is not repeated during a week," said Wang Long, principal of a primary school in Bijie City, southwest China's Guizhou Province. 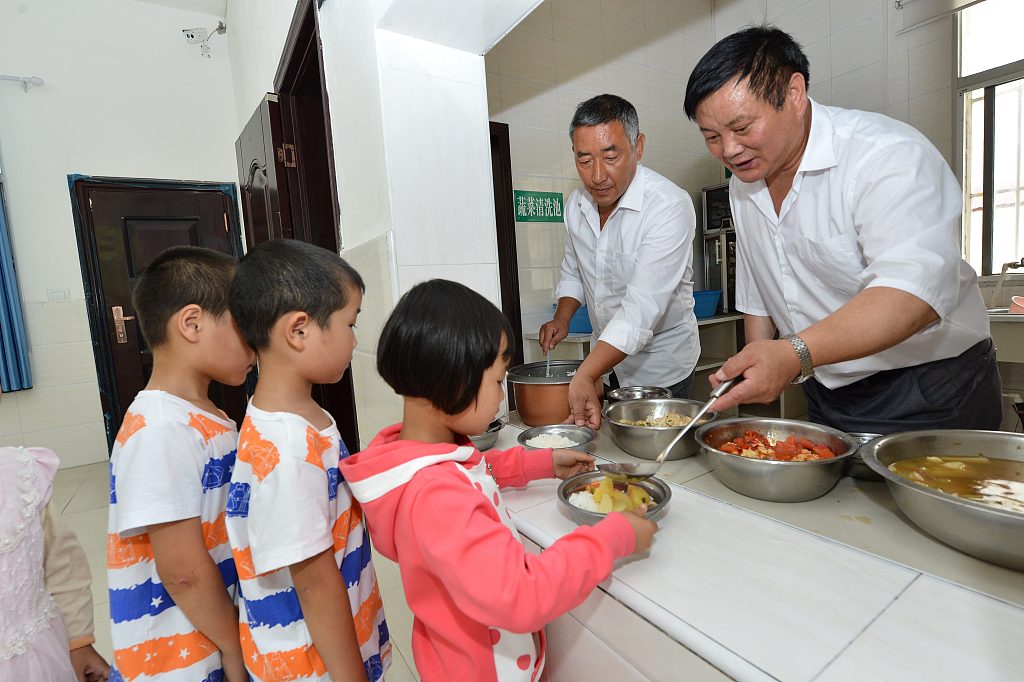 To guarantee the nutrition of students, Wang said school meal suppliers have been asked to prepare menus based on nutritionists' advice for submission to local education departments for review. From time to time, schools will update menus based on students' suggestions.

In May, the ministry of education published a report on the achievements of the project. The paper, citing the data of the Chinese CDC, stated that in 2019, the average height of male and female students in rural areas increased by 1.54 and 1.69 centimeters, respectively. And their average weight increased by 1.06 and 1.18 kilograms respectively, higher than the national average growth.

The central government had allocated a total of 147.2 billion yuan (about 21.6 billion U.S. dollars) to subsidize the project up to the end of 2019. Under the funding system, the subsidy is distributed to local education departments at the beginning of every semester based on the number of students. Once the money is in place, public bidding is undertaken for food suppliers.

Schools are required to provide updates on the use of funds, the menu for students, the number of students and their names each semester. 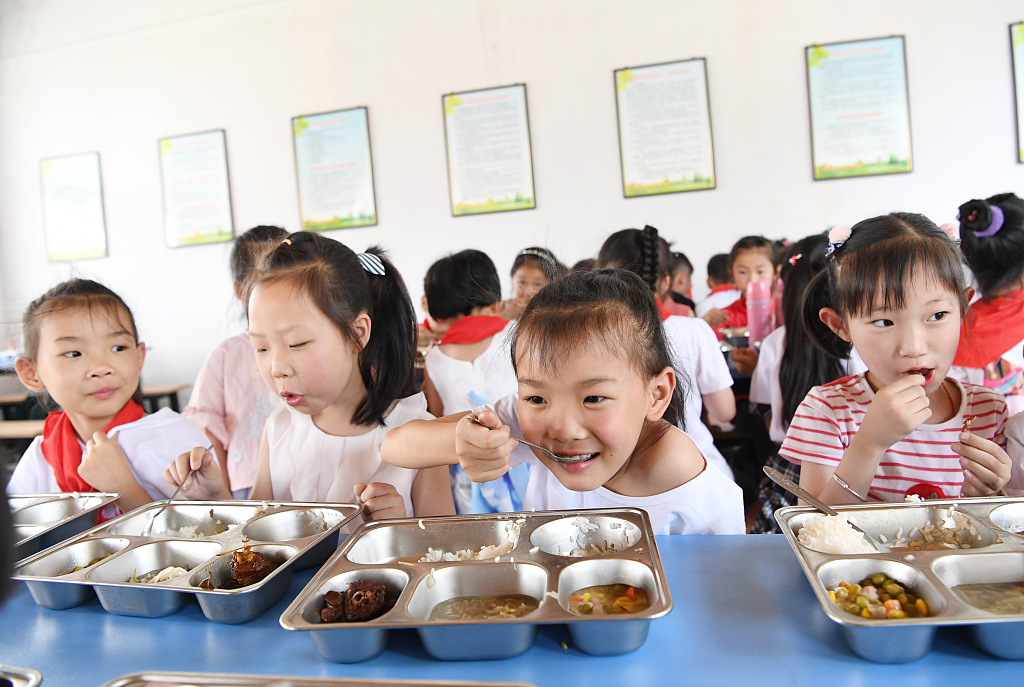 "The money is designated to improve the nutrition of students, so it must be spent carefully," said Wu Daquan, the principal of Tangtou Primary School in China's southwestern Guizhou Province, adding that the local education department has founded a leading group to investigate the market prices of food materials so as to supervise the procurement and keep the price of school meals in a reasonable range.

Additionally, to guarantee the quality of meals that are provided to students, the education ministry, market regulation administration and health commission requires leaders of kindergarten, primary and secondary schools to take meals together with students so as to supervise and guarantee the food quality. And the three departments also encouraged schools to invite parents to eat with their children, so as to get input from the parents.

"In our county, we have a detailed plan for food safety. Each school has set up special posts to supervise the procurement of raw food materials, tableware disinfection, food storage and meal distribution," said Liu Jianmei, deputy director of  the Education Bureau in southwestern China's Yulong County.