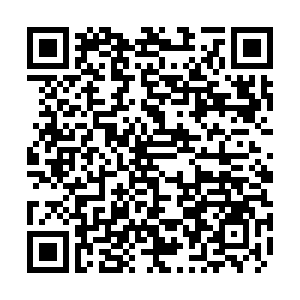 Veteran Spanish tennis player Fernando Verdasco said Friday he was "outraged and frustrated" after being disqualified from the French Open after one failed COVID-19 test, which he claims fell between a steady stream of negative results.

"I want to my communicate my total frustration and outrage with the organization of Roland Garros," former world number seven Verdasco said in a statement.

The 36-year-old left-hander, ranked 58 in the world, said he had isolated in August after an asymptomatic diagnosis. 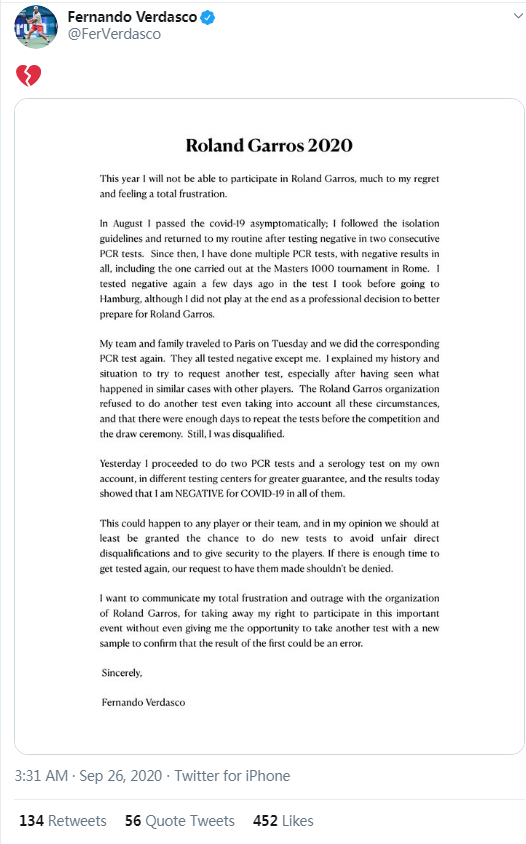 Verdasco said on Thursday he did two more tests on his own account and they were again negative.

"Roland Garros refused to do another test even taking into account all these circumstances and that there were enough days to repeat the tests before the competition and draw ceremony," adding "this could happen to any player and in my opinion we should at least be granted the chance to do new tests and avoid unfair disqualification. 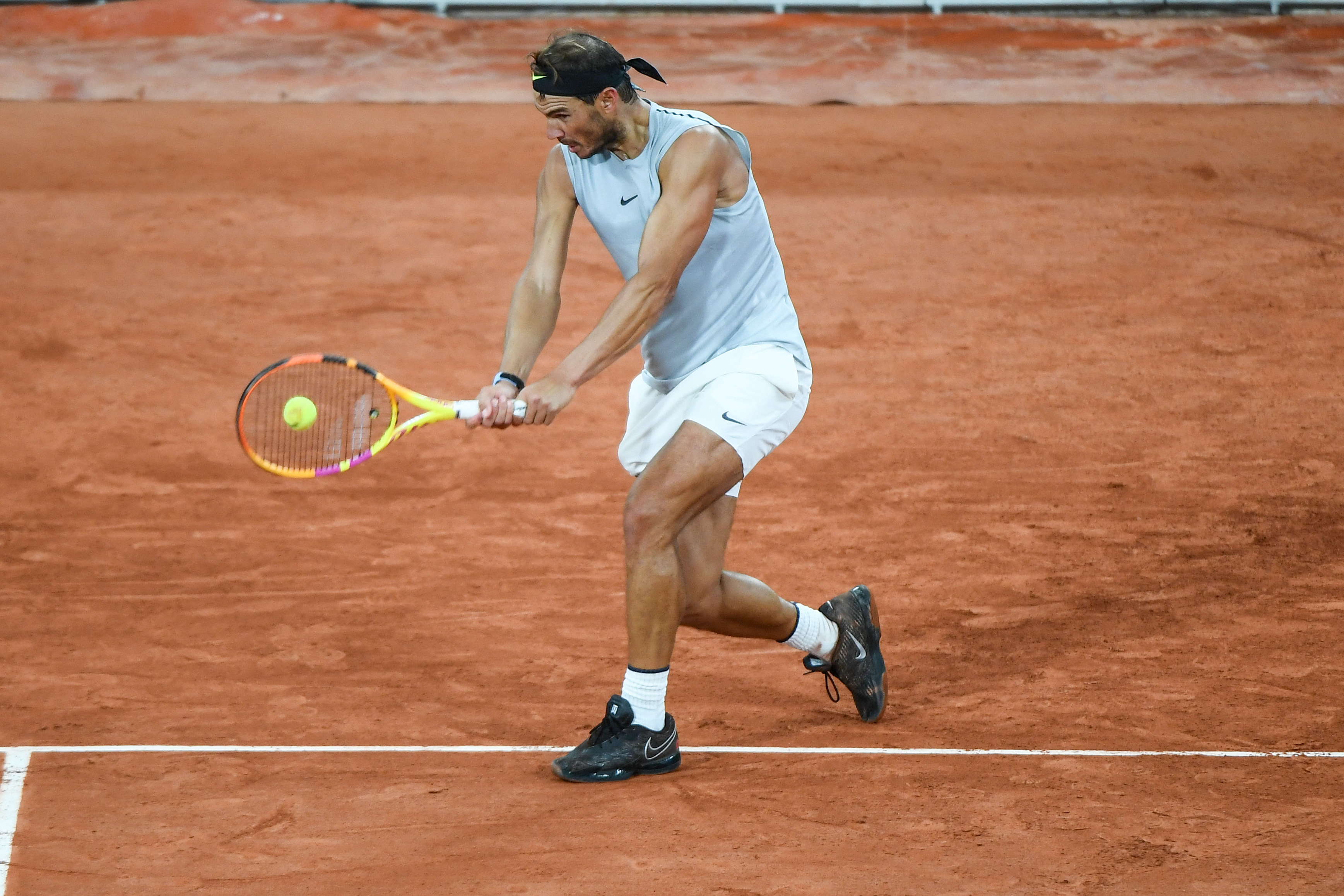 Rafael Nadal of Spain plays on the clay court during the day one of the French Open in Paris, September 25, 2020. /CFP

Rafael Nadal of Spain plays on the clay court during the day one of the French Open in Paris, September 25, 2020. /CFP

The "King of clay" Rafael Nadal launched an attack on French Open organizers on Friday as he said the balls used for the tournament were "dangerous," adding that they could cause injuries.

The 12-times champion said the balls "were not good to play with on clay" and that the situation needed to be addressed by organizers over the next few years.

"I think it's not a good ball to play on clay honestly," the 34-year-old is concerned about the toughness of the ball as it is created to withstand more wear and tear.

"The organizers need to take a look on that for the next couple of years, for the health of the players too, because the ball super heavy becomes dangerous for the elbow and the shoulders," he mentioned.

"The French Open organizers ended a long-term partnership with the French company Babolat balls and switched to Wilson, due to which there will be notable differences on the playing ground," Essentially Sports tennis commentator Arjun Athreya commented. 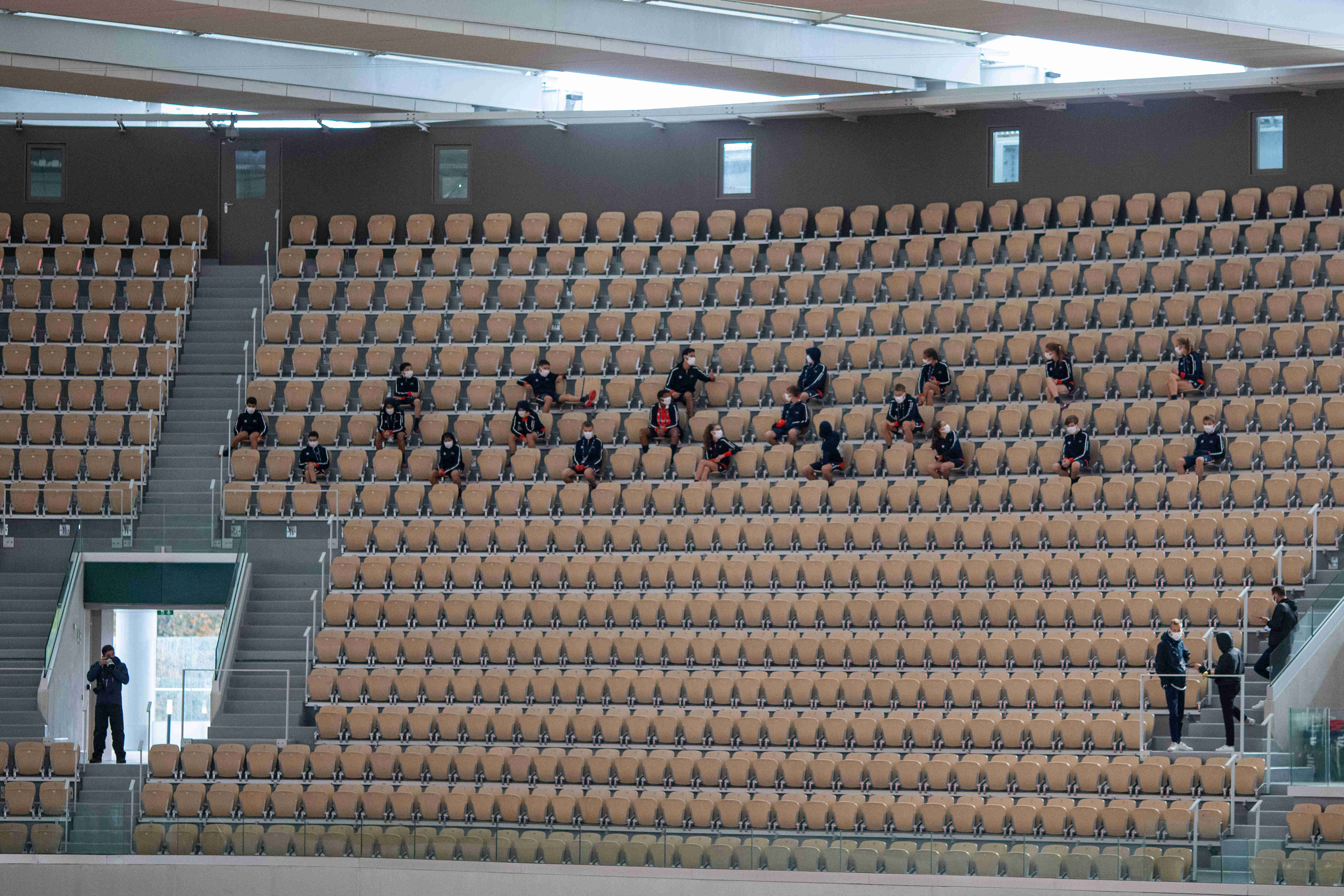 A maximum of only 1,000 spectators will be allowed each day at Roland Garros after the French government insisted on September 24 on tougher restrictions to counter the resurgence of the COVID-19.

Organizers of the French Open, which gets underway four months later than planned in Paris on Sunday, had hoped for a maximum of 5,000.

The limit of 1,000 fans a day represents less than three per cent of last year's total attendance of almost 520,000.