No woman asks to be assaulted
By Wang Xiaonan 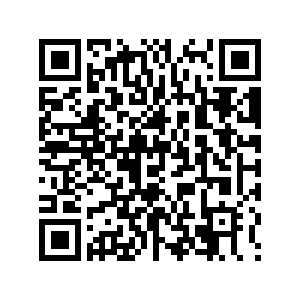 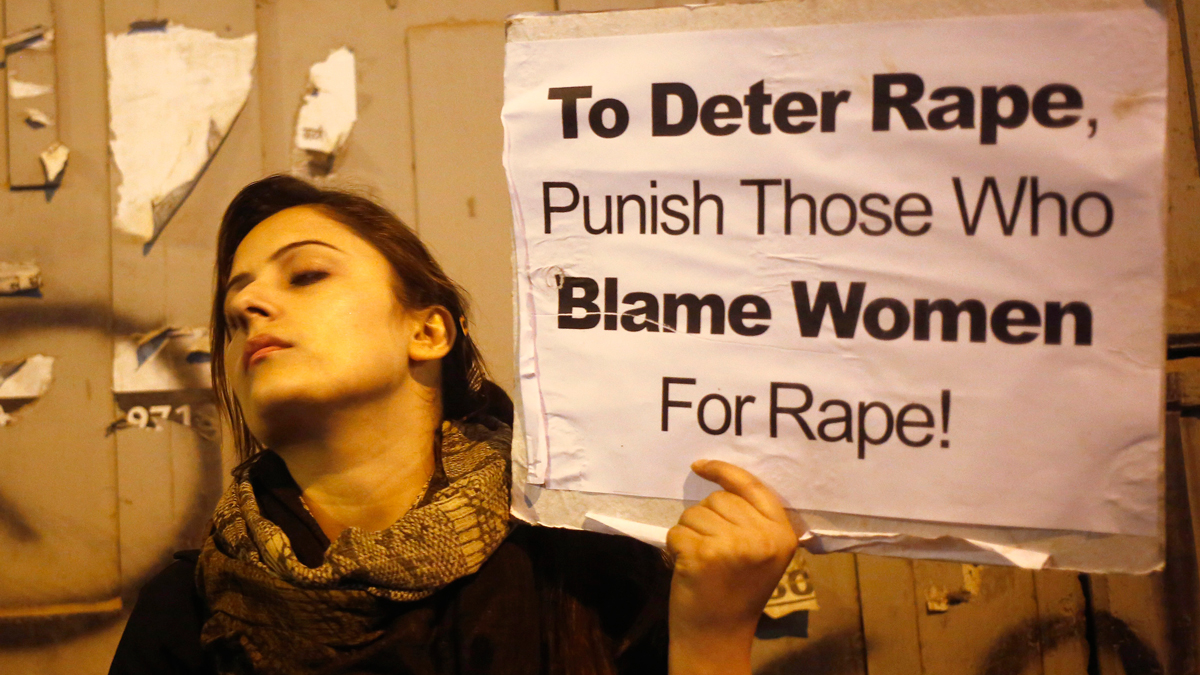 An elite university in China has fallen off the pedestal after publishing a safety handbook that suggests women – especially good-looking, style-conscious young women – are at fault for being sexually assaulted. The safety code for incoming freshmen at the China Academy of Art states that "focusing too much on appearance, looking pretty, frivolous behaviors or a weak mind" are among the reasons for inviting inappropriate behavior.

The new pamphlet, which follows on the heels of a controversial Guangxi University dress code that suggests female students "not wear low-cut outfit or expose their midriff and backs," has stirred up a wave of revulsion among Chinese netizens. Many question why such a sexist message could even see the light of day in modern times.

"It implies being a woman is the original sin," opined one Weibo user.

Most netizens weren't that vocal, but the majority expressed dismay. "It's still a men's world, and women are always in a subordinate position," said another user.

A few users agreed with the school. "The handbook is right in a sense that some flirtatious girls indeed invite assault," reads a comment that has met with massive backlash.

"The university has good intentions, but it isn't professional," said Qu Yuping, a psychology professor now based in the UK, during a phone interview with CGTN. A university teacher herself, Qu has seen numerous cases of campus violence, sexual harassment, assault and rape. "Schools always want to ensure the safety of their students. A big problem with the handbook, however, is that its authors narrow the objects of sexual assault down to pretty women." 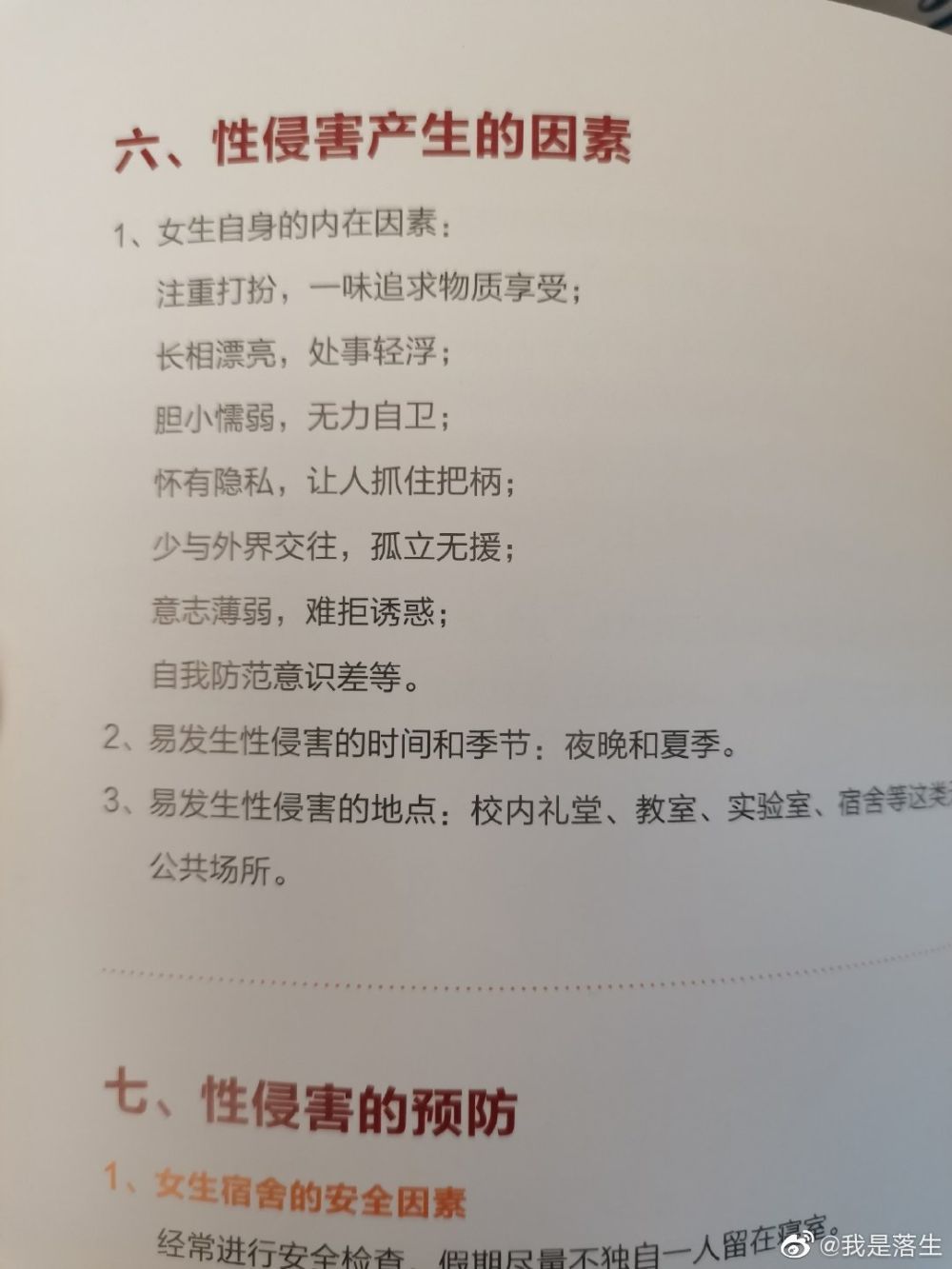 A snapshot of the handbook's section on the causes of sexual assault, which include focus on appearance, frivolousness, a weak mind and cowardliness. /Weibo

A snapshot of the handbook's section on the causes of sexual assault, which include focus on appearance, frivolousness, a weak mind and cowardliness. /Weibo

When beauty is a curse

Beauty is a genetic blessing that many people yearn for. We could be judged on how we look, and studies repeatedly show that good looks are equivalent to a shortcut to success, leading many to perceive beauty as an inherent endowment that can make one's life much easier.

Even my fiance, who was brought up in a relatively open society in the U.S., understands that this perception can affect my career prospects. He often asks me not to wear short dresses so that I won't attract unwanted attention. What's more, he also thinks that sexist prejudices contribute to the dynamic in the workplace.

"If you dress in baggy garments instead of stylish, well-fitted dresses, you'll look more authoritative. Unfortunately, you often have to play to certain biases if you want to be respected professionally," he would say.

I would respond, "I need to break the stereotype."

But I know it's tough. It's tough being attractive, and it's tough to break the stereotype. 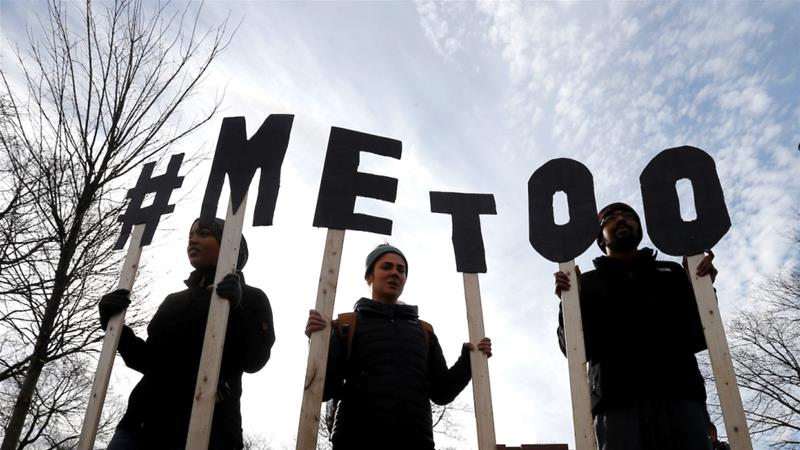 Over the years, I can hardly escape a fixed mindset. It's because I'm a workaholic, and I want to see my effort pay off that I'd better look plain. Plus, looking gorgeous may invite jealousy, spite and loneliness.

"Attractiveness can convey more power over visible space," concluded Tonya Frevert at the University of North Carolina at Charlotte after a thorough review of all related cases.

However, only focusing on women who have above-average looks plays into the same biases that the art school brochure makes.

"Sexual assault can happen to anyone – regardless of age or gender," Qu noted.

Discrimination based on how a woman looks or chooses to look can also feed into a darker aspect of our psyches when things go wrong – victim-blaming.

The psychology of victim-blaming

In blaming the victim of a crime or tragedy instead of the perpetrator, we tend to believe that such misfortune will not happen to us if we dress or behave differently.

Holding the victim responsible for assault is easier and more self-consoling – sometimes it's even subconscious. This mindset usually occurs in cases of domestic abuse, sexual assault and rape against women.

"From the psychological perspective, the brain doesn't want to see something happen without reason. And most people can barely stand in the shoes of the perpetrator, " said Qu. "It's kind of an instinct."

But this assignment of blame can take a tremendous toll on the victim's mental health.

"A woman might have already developed post-traumatic stress disorder after being assaulted or battered. The victim-blaming phenomenon will only give her a secondary trauma," Qu explains.

She suggests that we keep in mind that it's the perpetrator who commits the crime and who should pay the price.

Women attend the so-called SlutWalk, which organizers described as a demonstration against those who blame the victims of sex crimes, August 13, 2011. /AP

Women attend the so-called SlutWalk, which organizers described as a demonstration against those who blame the victims of sex crimes, August 13, 2011. /AP

What if we're looking at this all wrong? Even blaming the perpetrator who commits the crime may be too little too late, since it means we are taking action only after assault or harassment has been committed.

Two weeks ago, a woman was raped after her car broke down on a newly constructed highway in the Pakistani province of Punjab. And her children were made to watch. The response of the police chief of Lahore, the capital of Punjab, ignited national fury.

"She should have taken a different route – a less deserted one – and checked her fuel before traveling," Umar Shaikh, the Capital City Police Officer, said.

This is only the latest tragedy of over 2,000 cases of rape registered in Punjab. Protests condemning gender crimes and the victim-blaming mindset followed. Around the world, its just another example of the widespread, perennial sexist discrimination.

How can we work on rectifying our own prejudices and deterring those who commit daily acts of sexual indiscretion that could give way to bolder acts of aggression, possibly against someone they think is lesser than them or who "deserves" it? How can we protect someone who in the aggressor's eyes is merely an object of desire?

"As long as there's discussion regarding these issues and more women feel that it's nothing wrong to put on makeup or dress up, that's progress," Qu said.