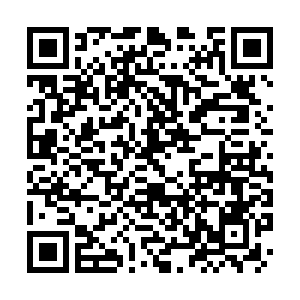 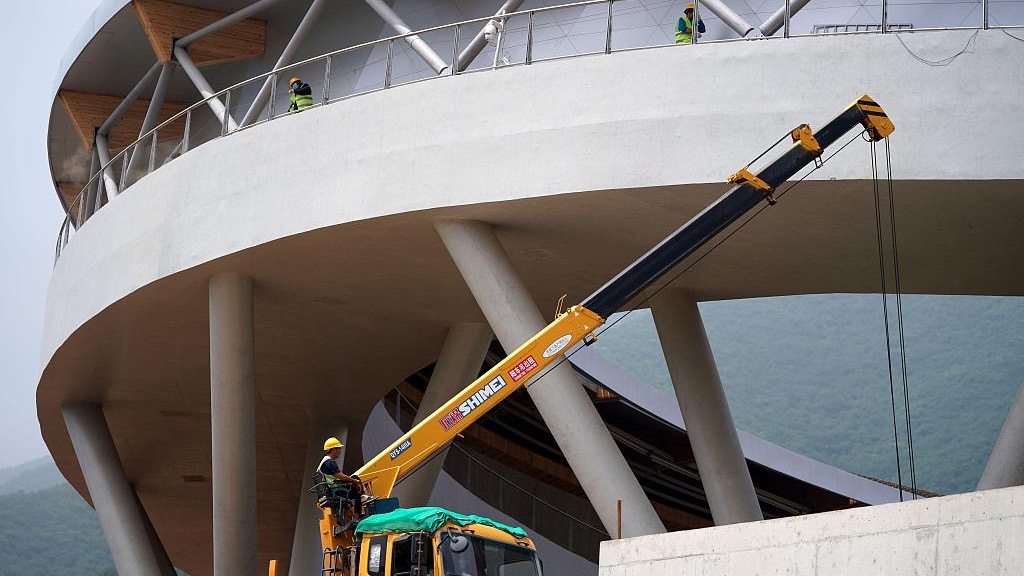 The National Sliding Center, a main venue of the Beijing 2022 Winter Olympic Games, is on track to welcome its first visitors, as China's national team scheduled to start training at the iconic venue in October, the Beijing Major Projects Construction Headquarters Office confirmed on Sunday.

Ice-making in the arena is expected to be completed before Wednesday, with ice-makers from home and abroad working day and night to meet the deadline. According to Xinhua, the construction of the sliding center has filled many technical gaps in China.

Major milestones include the quick installation of the 120,000-meter refrigeration and evaporation pipeline, the spraying of concrete on the main body of the track, the hoisting of the ammonia tank, the debugging of the refrigeration system and the ice-making work on the track.

With a 2,000 seating capacity and a 8,000 standing capacity of spectators, the center features the first bobsleigh, skeleton and luge tracks built in China. It will be the first competition venue of Beijing 2022 for Team China to undertake training and the preparations are in full swing. 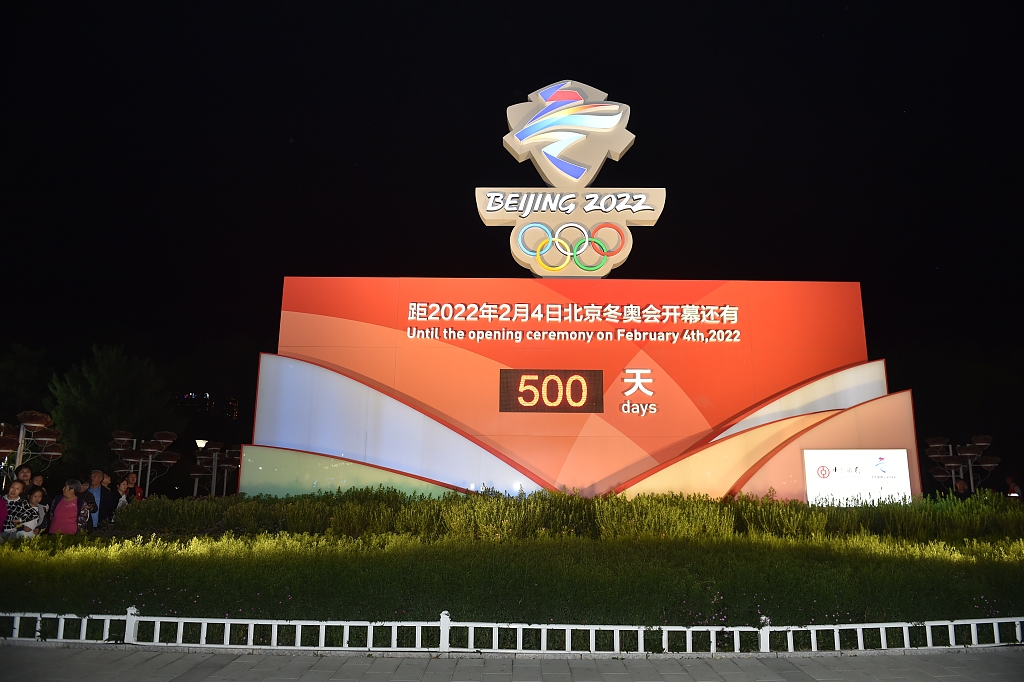 The 500 days mark for the Beijing 2022 Olympic Winter Games is shown at a countdown clock in Zhangjiakou, north China, September 21, 2020. /VCG

The 500 days mark for the Beijing 2022 Olympic Winter Games is shown at a countdown clock in Zhangjiakou, north China, September 21, 2020. /VCG

Meanwhile, the pre-homologation of the sliding center, which validates the safety and drivability of the track and also checks infrastructure and logistical aspects of the venue, has been postponed.

However, Denis Alimov, senior coach of the Russian national skeleton team, told TASS on Sunday that the IBSF has once again decided to delay the event, which will involve 16 international athletes, coaches and experts.

Alimov also revealed that the whole process might be postponed to 2021. "Apparently, it should now take place in the spring, at the end February – early March, before the start of the training week and the subsequent stage of the World Cup in Beijing," he said.