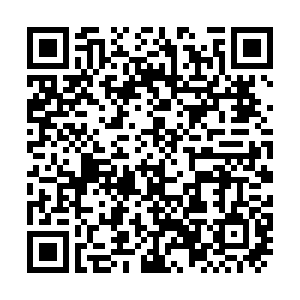 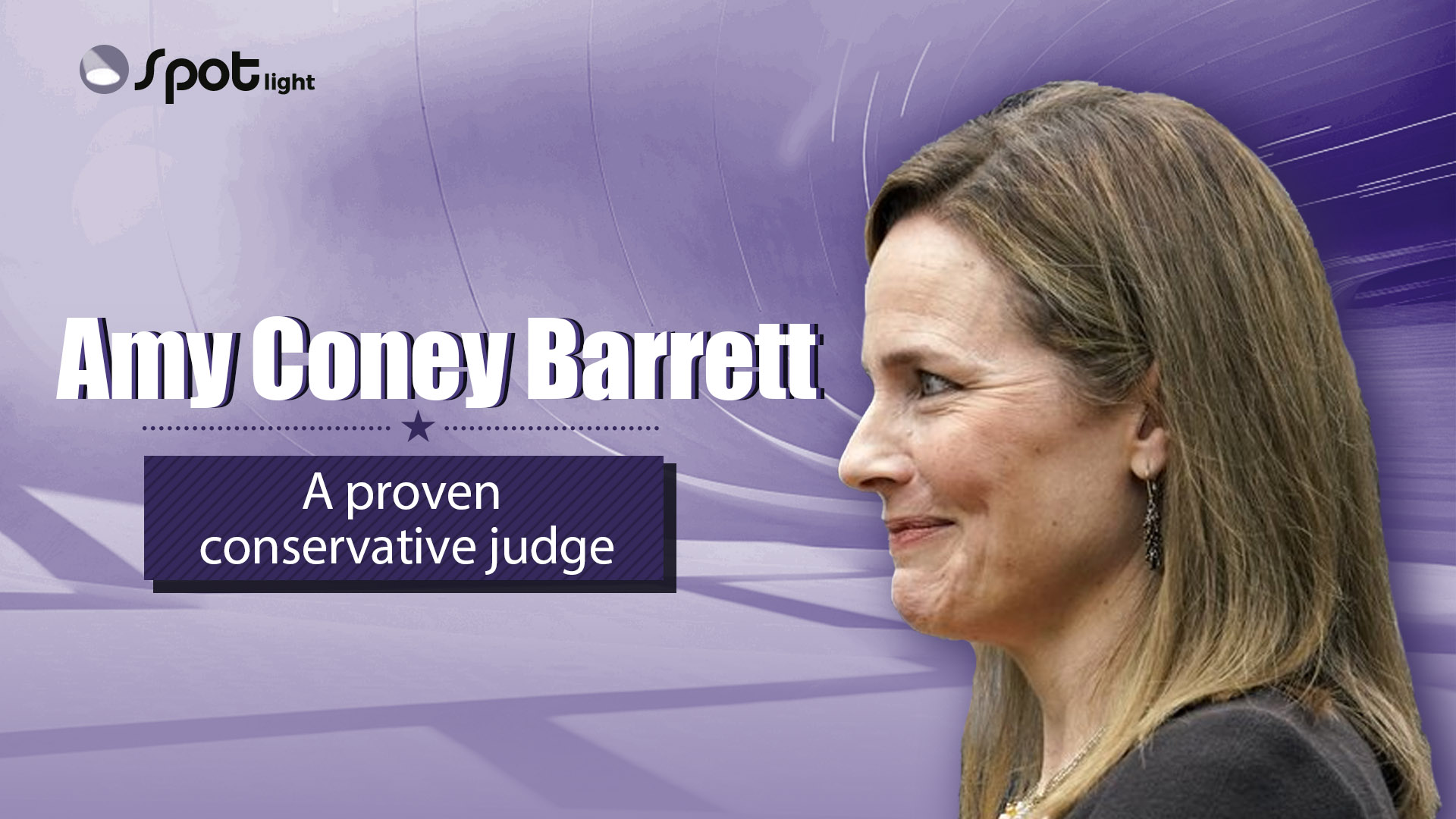 "She is a woman of unparalleled achievement, towering intellect, sterling credentials, and unyielding loyalty to the Constitution," Trump said of Barrett from the White House Rose Garden.

"This should be a straightforward and prompt confirmation."

The announcement came at a time when nearly six in 10 Americans say the president elected in November should be the one to fill the Supreme Court vacancy, according to a CNN poll conducted by SSRS. Meanwhile, 44 percent of respondents think the current court is "about right" in terms of ideological leanings, while 34 percent think it is too conservative and 22% too liberal, according to the same poll.

If confirmed after Senate hearings in mid-October, Barrett would bring the number of conservative justices to six on the nine-member court – a dramatic turn to the right that could have far-reaching impact on the country's judicial and political development long after President Trump exits the White House.

With the Republicans holding a 53-47 advantage in the Senate, Trump appears to have a clear path to having his third Supreme Court pick confirmed, after Neil Gorsuch in 2017 and Brett Kavanaugh in 2018. 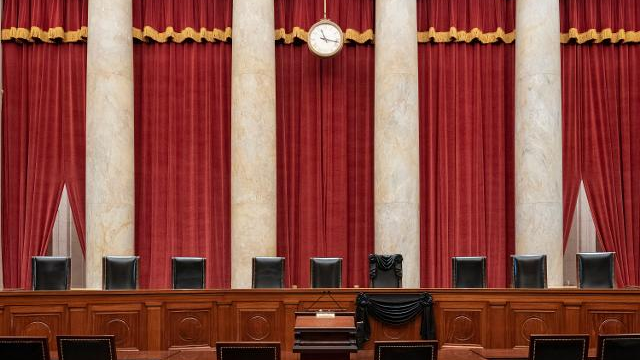 Justice Ruth Bader Ginsburg's courtroom chair at the Supreme Court has been draped in black to mark his death as part of a tradition that dates back to the 19th century. / AP

Justice Ruth Bader Ginsburg's courtroom chair at the Supreme Court has been draped in black to mark his death as part of a tradition that dates back to the 19th century. / AP

Trump's timely nomination has set off media speculation about unwinding decades of liberal progress on a wide range of issues from voting to abortion, and bringing American jurisprudence back decades.

If Barrett joins, she would be the sixth Catholic on the bench and the fifth woman to do so in the court's 231-year history.

Since the end of World War II, the U.S. Supreme Court has kept a balance of 5-4, with the majority being liberal or conservative. The intricate balance has kept the court from being one-sided, since one vote from the other camp could help tip the court's decision to its favor. However, a 6-3 bench could mean the conservatives can afford to lose one vote and still prevail.

With a dominant majority and hence a more predictable outcome, the conservative camp – Clarence Thomas, Samuel Alito, Neil Gorsuch and Brett Kavanaugh with the addition of Amy Coney Barrett – will also be more emboldened to direct America's highest court to take on controversial cases which have been sidestepped in the past when the outcome was less clear with a 5-4 bench.

Appointed by President George W. Bush in 2005, the generally conservative Chief Justice John G. Roberts has functioned as a swing vote on some key occasions, including siding with his liberal colleagues to uphold the Affordable Care Act in 2012. Now, the only three liberal justices would have to pursue Roberts plus another conservative Justice in order to come up on top in any decision.

A 6-3 conservative bench would likely loosen restrictions on fire arms which many Republicans see as an infringement on the Second Amendment. Besides, the advancement of LGBT rights in recent decades would also likely experience significant challenges as religious rights expands. However, no issue is as divisive as abortion.

As a candidate, Trump has promised to overturn Roe v. Wade , the U.S. Supreme Court's landmark 1973 decision which legalized abortion in the U.S. With a third Trump justice, it is likely that this campaign promise could materialize. 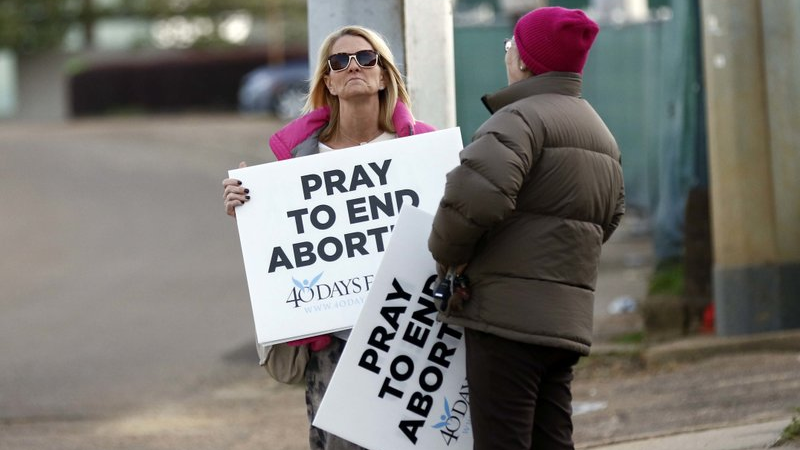 During her nomination speech, Barrett praised the legacy left behind by Justice Ginsburg for having "smashed" the glass ceiling for women in the legal profession. However, carrying a proven conservative record voting record on a range of issues including gun rights and abortion, she will likely take the opposite end of the ideological spectrum as the woman she's set to replace.

"A judge must apply the law as written," she said. "Judges are not policy makers."

The statement is an homage to the legal principle known as originalism which argues the constitution should be interpreted based on the original intent of the authors at the time it was ratified. This concept was evangelized by the giant of conservative jurisprudence, Justice Antonin Scalia whom Barrett clerked for from 1998 to 1999.

While Scalia's approach to the constitution has sometimes led him to liberal conclusions, Barrett's legal opinions have been more influenced by her lifelong devotion to Catholicism.

During her teaching career at Notre Dame, she often invoked God in articles and speeches, according to the Associated Press. In a 2006 address, she encouraged graduating law students to see their careers as a means to "building the kingdom of God."

Barrett was born in New Orleans, Louisiana in 1972. Her father worked as an attorney for Shell Oil Company and her mother a high school French teacher. She attended Notre Dame Law School on a full-tuition scholarship and graduated with honors. She is also mom to seven children.