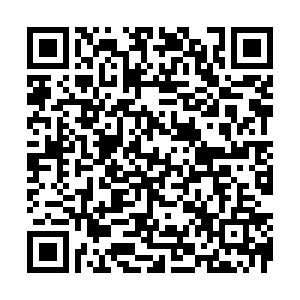 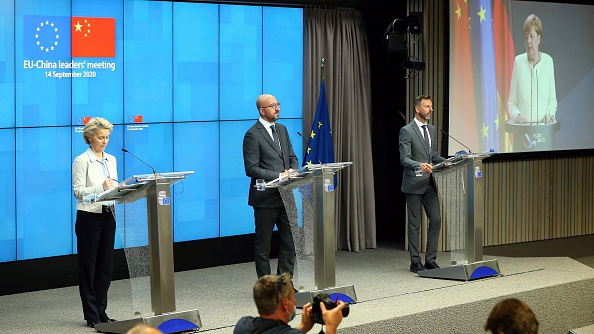 This year marks the 45th anniversary of the establishment of diplomatic ties between China and the EU. Germany, which took over the EU's six-month rotating presidency on July 1, continues to see maintaining deep EU-China cooperation as in Europe's interests, as Germany's Chancellor Angela Merkel has said on many occasions.

Berlin has a long list of challenges to navigate during its EU presidency. In Europe, Germany must guide plans for economic recovery in the wake of COVID-19 and shore up cohesion across north-south and east-west fault lines that are appearing within the union, as well as managing the continuing fallout from Brexit. Externally, the EU must deal with a changing geopolitical context and seek to balance relations among China, the EU, and the U.S. at a time when Europe has its own differences with Washington, is reassessing its relationship with Beijing, and must deal with the wider context of escalating China-U.S. frictions.

Despite these challenges, Germany's deep diplomatic, economic relations with China put it in a strong position to shepherd the EU's role in the evolving China-EU-U.S. triangle.

Economic cooperation is the ballast of China-Germany relations. Germany has been China's largest trading partner in Europe for over four decades. Trade with Germany accounts for some 30 percent of China-EU trade volume, equal to China's total trade with the UK, France, and Italy combined. According to the Federal Statistical Office of Germany, bilateral trade reached 205.7 billion euros in 2019, and China has been Germany's largest trading partner for four consecutive years.

Since the launch of the China-Germany science and technology cooperation mechanism in 1978, the two countries have cooperated extensively in a wide range of fields including Industry 4.0, environmental protection and sustainable development, urbanization, electric vehicles, life sciences, and higher education.

While it holds the rotating presidency of the EU, there are several things Germany can do to promote multilateral cooperation between China and the EU, from driving progress on completed and forthcoming agreements, to playing a more active role in promoting international dialogue and cooperation. 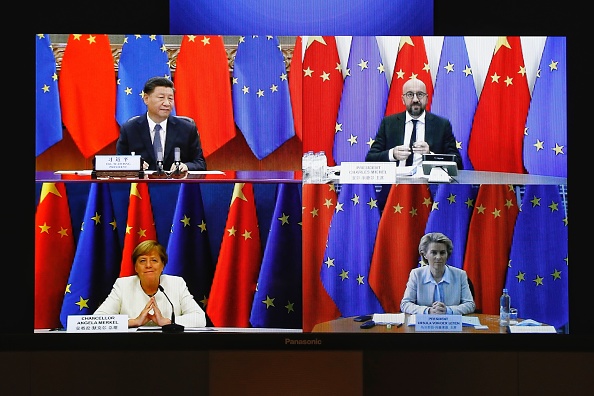 Also, leaders called for high ethical standards in the areas of technological development, product safety and innovation. As China and Germany lie in different phases of industrialization, the two countries have broad prospects for cooperation in cutting-edge domains such as new energy vehicles, smart manufacturing, artificial intelligence, digitalization and 5G.

Second, Germany can promote the signing of the China-EU Comprehensive Agreement on Investment (CAI) by 2020 and help to open China-EU Free Trade Agreement negotiations punctually. The summit saw progress in CAI negotiations on rules regulating the behavior of state-owned-enterprises, forced technology transfer, and transparency of subsidies. Given China and the EU's deeply entwined economic interests, enhanced policy coordination and confidence-boosting economic agreements would be of great mutual benefit, particularly amidst a global downturn from COVID-19.

Third, Germany can play a mediating role in the China-EU-U.S. triangle. Conventionally the U.S. and EU are allies, but this transatlantic relationship has suffered under President Trump's "America First" policy, which has frequently undermined its European allies' interests.

Meanwhile, escalating China-U.S. frictions are headed towards full-scale competition due to structural contradictions within both economies that have proven difficult to reconcile. Amidst rising China-U.S. competition, the EU can act as a bridge and stabilizer, a role that is crucial for the stability of the international order. Germany is well-placed to help the EU reconcile China-U.S. relations, creating space for dialogue and cooperation to help the two sides avoid falling into an enduring Cold War-like confrontation.

Some wonder if Germany's influence will wane with the coming end of the Merkel era. But in many ways, the country has the potential to play a bigger, not smaller role in world affairs by continuing the pragmatism that has been a hallmark of Merkel's foreign policy. By diversifying its foreign relations, Germany is well-placed to step into a more prominent international mediating role of the type it has proved adept at regionally.