Farewell to bitter water: 470,000 residents of Jiashi County in Xinjiang get clean water 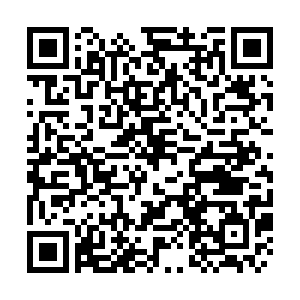 Geni Abudreyim, 42, is a villager in Jiashi County, northwest China's Xinjiang Uygur Autonomous Region. He is a mason and likes to play drums in his spare time. He usually performs traditional Uygur music with villagers.

"Now we have safe water, which is clean and sweet. I wrote a song and sing it in public," said Geni.

Jiashi County is located on the edge of the Taklamakan Desert. Previously, people had to drink bitter water, which would often make them sick. After nearly five years of research, a source for drinking water was finally chosen from the snow water of glaciers melting on Mount Muztagata.  Almost 100 researchers got involved in surveys before the safe drinking water project kicked off in May 2019.

This year, the project has helped 470,000 people get access to safe drinking water, which marks a complete solution to the problem of drinking water safety for the poor in Xinjiang.  All residents in Jiashi County have complete access to safe tap water. According to Liu Hu, director of Jiashi County Water Resources Bureau in Kashgar, "Surface water for human consumption will reduce groundwater extraction. Reducing the extraction of groundwater is very restorative and helpful to the ecosystem."

Villager Adigvl Akim said, "I used to drink stagnant and bitter water. Now water from the tap is much sweeter than potable water sold in the supermarket."

Filmed by: He Zhu