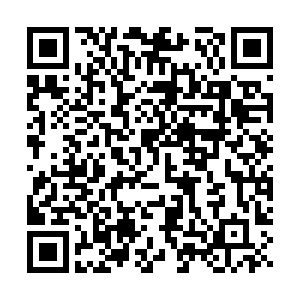 With threats and challenges rising from COVID-19 pandemic, China is expecting to continue to build mutual political trust with Japan and promote high-quality growth between the two, China's ambassador to Japan Kong Xuanyou said Tuesday.

Kong, who resumed the role of China's envoy to Japan in 2019, made the remarks in response to discussions on the "China threat," China-Japan relations in post-pandemic time, as well as the two's maritime disputes in the East China Sea.

Kong said he noticed the discussions in Japanese media expressed concern that "disturbing" remarks would mislead the public sentiment and cause further misunderstanding and misjudgment between the two countries.

Kong said the two countries have enjoyed rapidly growing economic ties and both sides should value the positive achievements and continue to build political mutual trust. 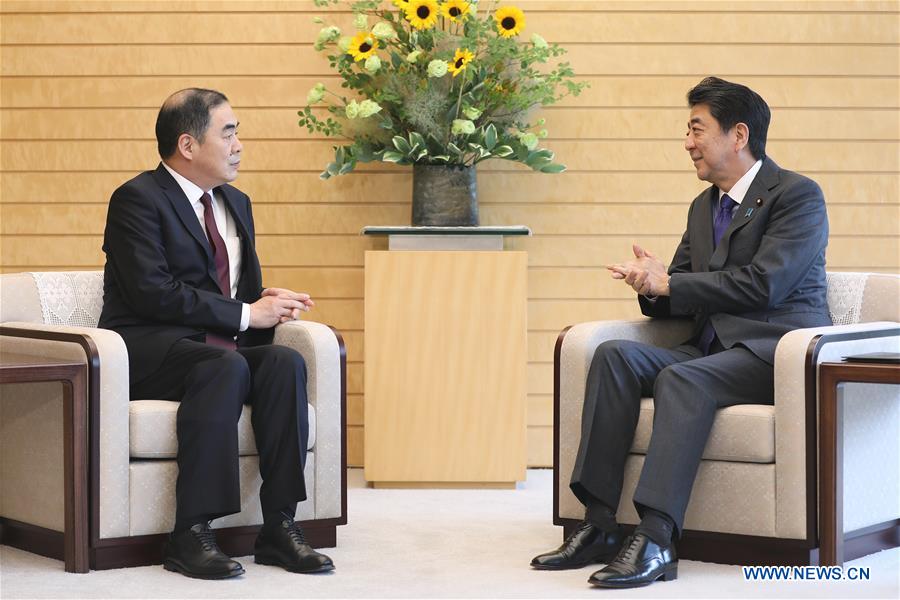 Will a stronger China seek expansion?

Speaking of the "China threat," Kong recognized that the issue concerns China-Japan ties, but he said China since ancient times has always valued "peace" and China is committed to peaceful development and a win-win strategy.

China, as the world's second-largest economy, aims to complete the building of a moderately prosperous society by the end of this year and China said its hoping to achieve high-quality growth, the ambassador said, adding that all these need a relative stable external environment.

Seeking expansion therefore is not on the table, Kong said.

The idea is to abandon the Cold War mentality, alliance and confrontation and to build a shared security in the region, Kong said. 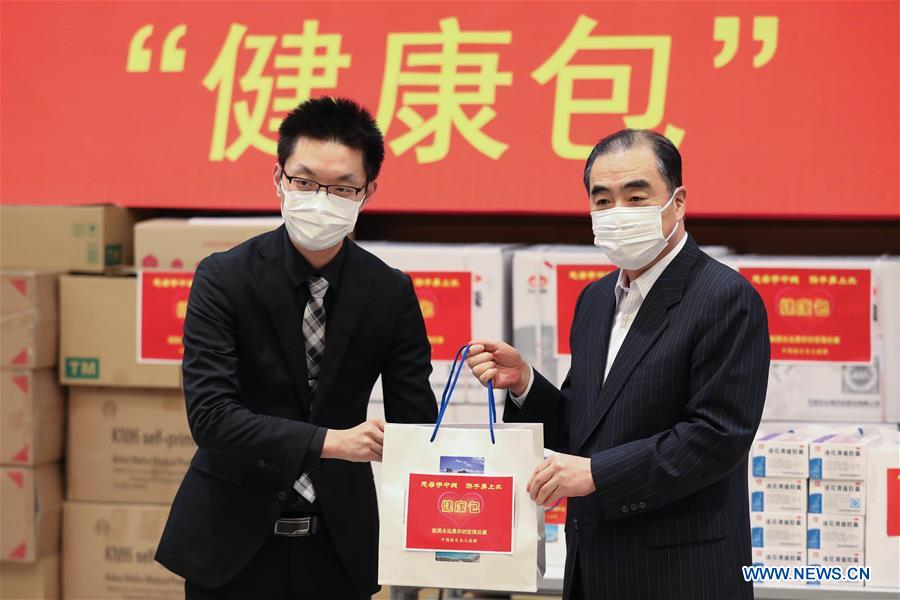 Ambassador Kong Xuanyou distributes a health kit to a student at the Chinese Embassy in Japan in Tokyo, Japan, April 17, 2020. /Xinhua

Ambassador Kong Xuanyou distributes a health kit to a student at the Chinese Embassy in Japan in Tokyo, Japan, April 17, 2020. /Xinhua

Speaking of the prospect of the bilateral ties, Kong said China and Japan are close neighbors and major global economies, and that China always values its relations with Japan.

Under the current international circumstance, the two countries have maintained positive relations and continued to deepen cooperation, Kong said.

China is ready to build the ties with the new Japanese government in the new era and bring more benefits to people in both sides, he added.

Speaking of the Diaoyu Islands dispute, the Chinese envoy said the two countries should not ignore each other's claims regarding the uninhabited islands but should resolve the disputes through dialogue and properly settle the differences.