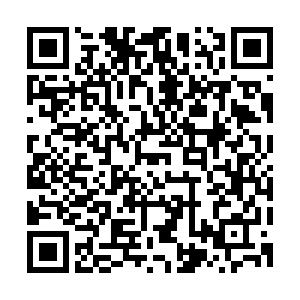 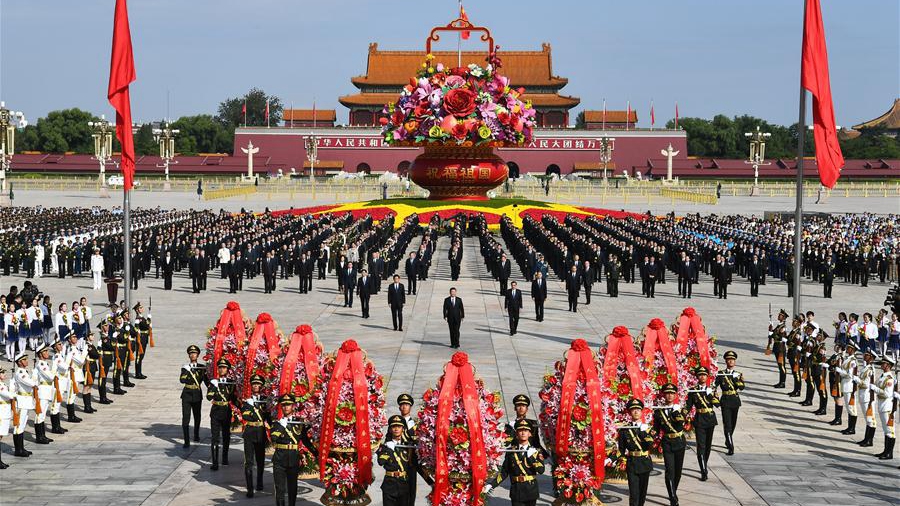 Chinese President Xi Jinping and other leaders of the Communist Party of China and the state attended a ceremony to present flower baskets to deceased national heroes at Tiananmen Square in Beijing on Wednesday morning.

The event was held to mark Martyrs' Day, a day ahead of the National Day. Some 1,800 representatives from all walks of life also attended the ceremony and all those participants observed a moment of silence. 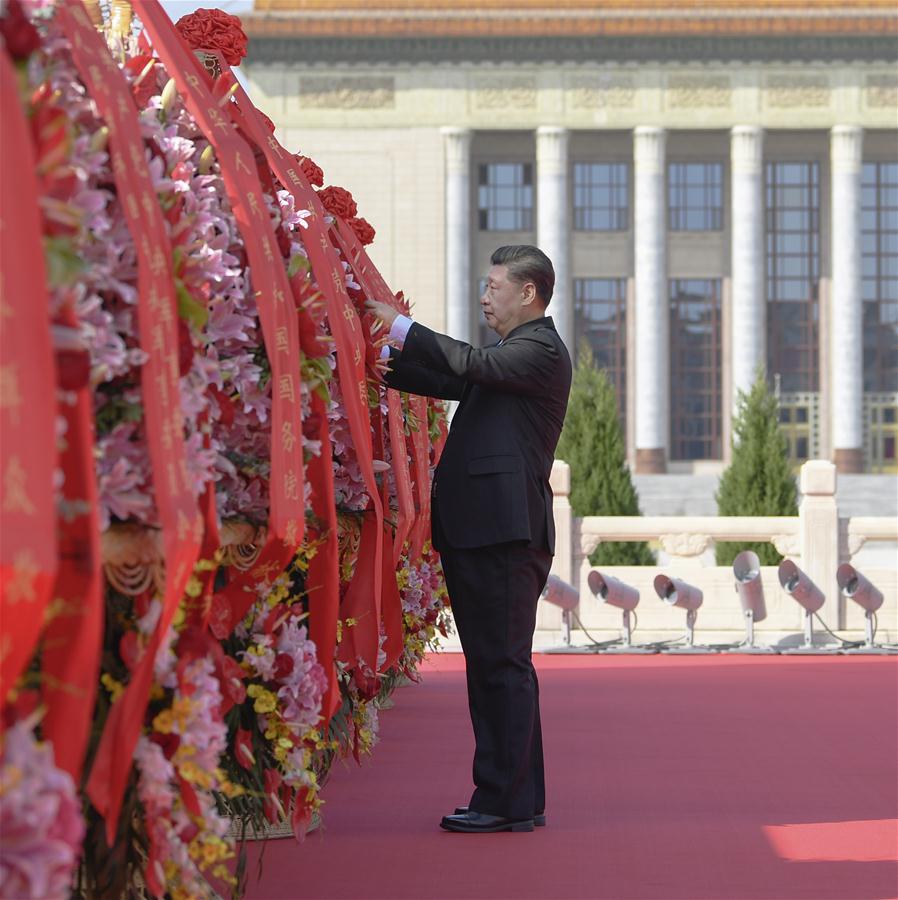 Martyrs' Day was celebrated on the day before China's National Day on October 1. On the same day in 1949, the foundations for the Monument to the People's Heroes were laid in the downtown Beijing square.

Set up in 2014 by China's legislature, National Martyrs' Day aims to commemorate those who lost their lives fighting for national causes. It is also one of China's three annual national memorial days, the others being Victory Day of the Chinese People's War of Resistance Against Japanese Aggression on September 3 and National Memorial Day for Nanjing Massacre Victims on December 13.

It is believed that China has about 20 million martyrs. However, only 1.93 million martyrs are in the government's records, with many still being investigated and identified. On average, about 300 people are identified as martyrs each year.

In April 2018, China's top legislature passed a new law protecting the reputation and honor of heroes and martyrs and providing better care for the martyrs' surviving family members.

The new law bans behaviors that defame heroes and martyrs, and outlaws acts that glorify invasions, with offenders facing administrative or criminal punishment according to the severity of the actions.