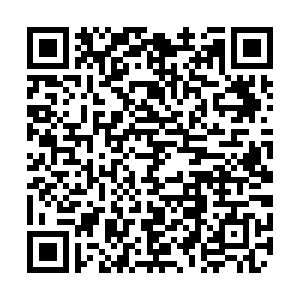 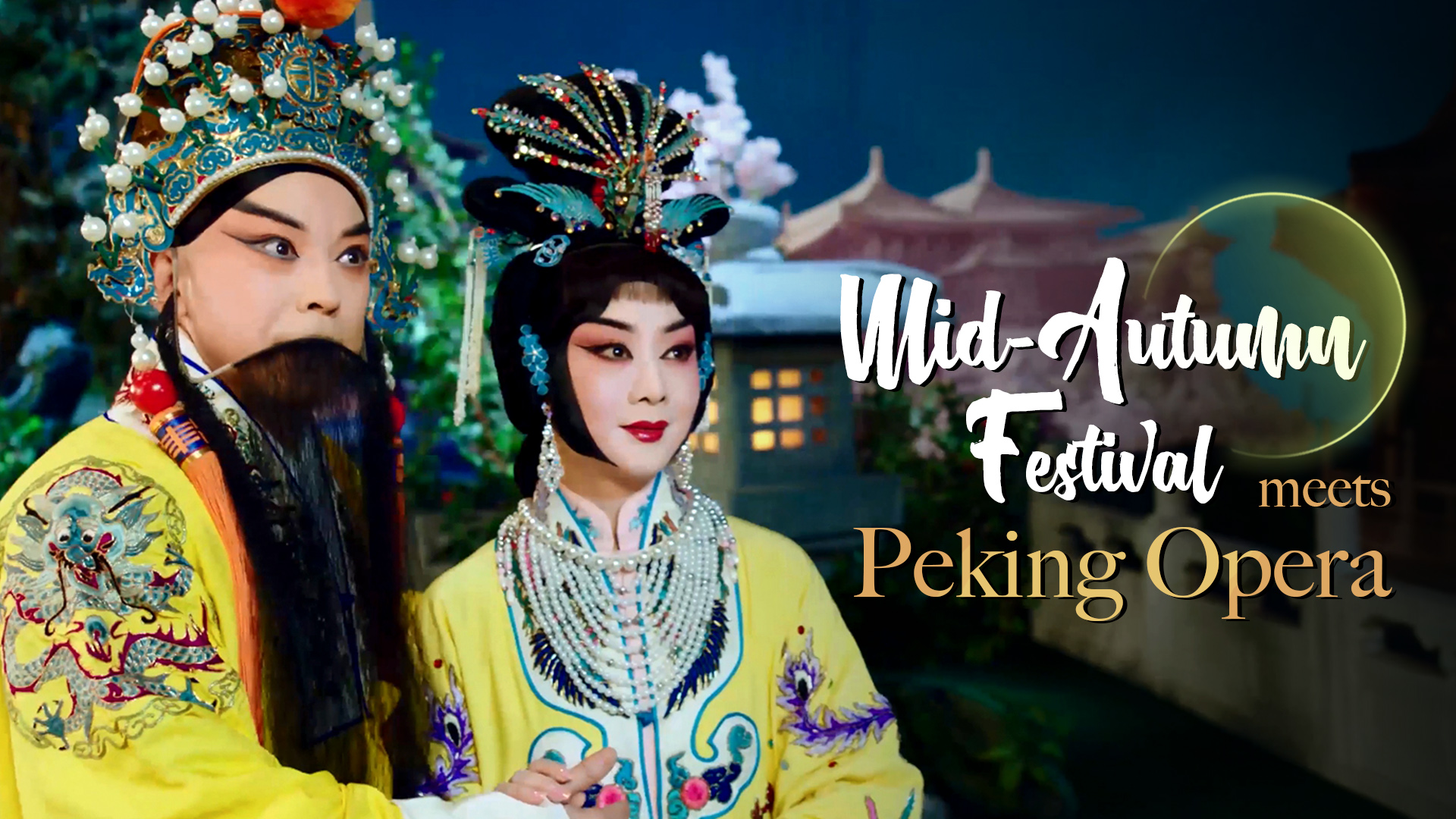 The moon and the festival

Peking Opera is the most dominant form of Chinese opera, and combines music, vocal performances, miming, dance, and acrobatics. There are many seasonal Peking Opera plays – adapted for the different holidays including the Spring Festival, the Dragon Boat Festival, and the Mid-Autumn Festival.

"I think the play 'The Palace of Eternal Life' is suitable for the Mid-Autumn Festival, which is one of the important chapters in Peking Opera Master Mei Lanfang's 'Yang Yuhuan and Emperor Xuanzong of Tang'," said Yu Kuizhi, a famed Peking Opera artist with 48 years of experience. 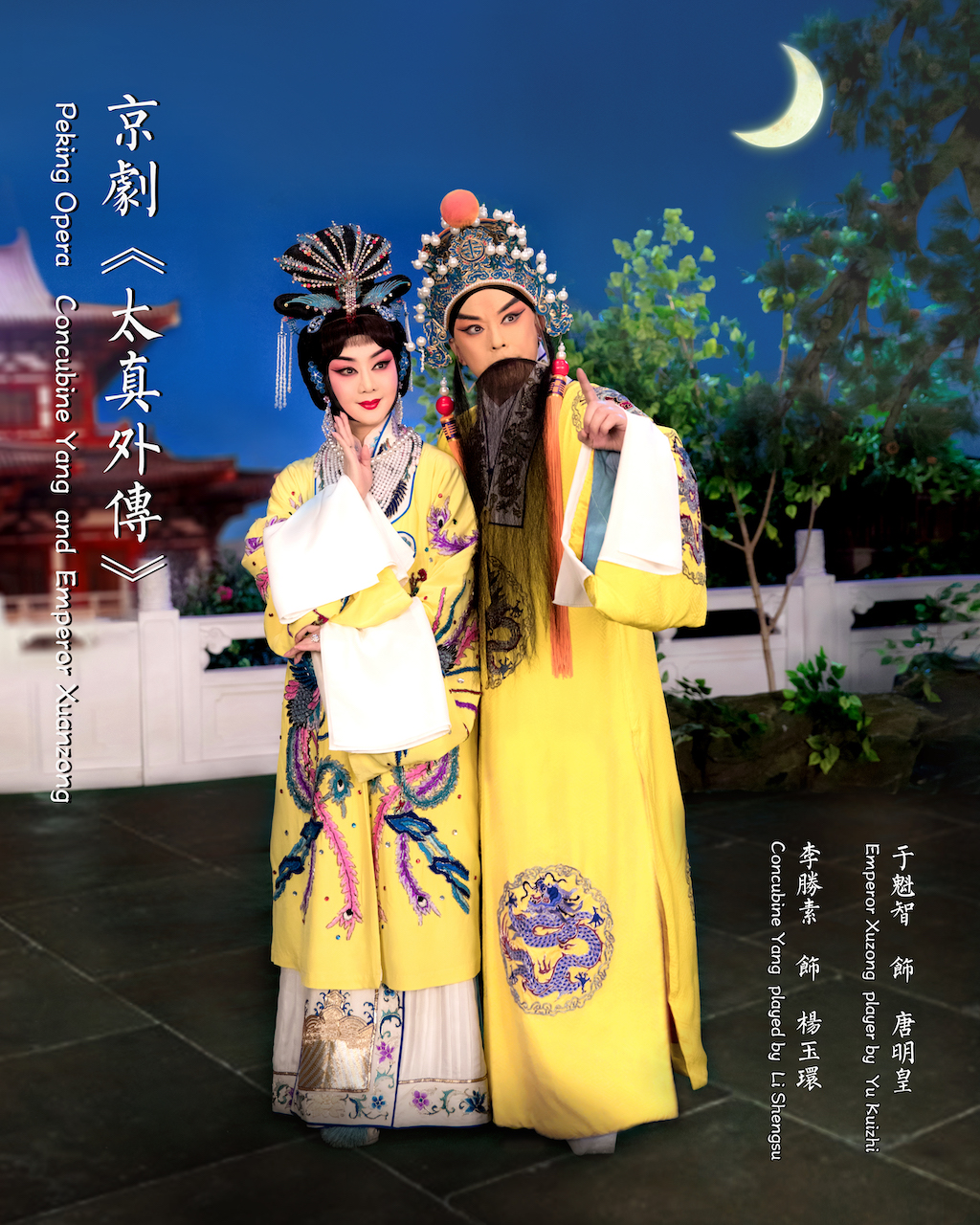 In this story, the two are talking under the moon in a classic scene. And the moon is an indispensable element and symbol of the Mid-Autumn Festival.

"'Yang Yuhuan and Emperor Xuanzong of Tang' is a classic Peking Opera work with relatively grand scenes. 'The Palace of Eternal Life,' which is part of the classic, shows the scene of Emperor Xuanzong of the Tang Dynasty (618-907) and Yang Yuhuan expressing their love for each other under the moon, and their mutual wish to be together forever. I think the play is worth seeing during the Mid-Autumn Festival," Yu added.

Because of the combination of visual aesthetics and difficult movements, Peking Opera has been inherited and passed on to this day. With the development of technology, people in more and more countries are also interested in this art.

"We did more than 10 'Legend of the White Snake' shows on an overseas tour. The foreign audiences didn't quite understand the show at first, but towards the end of the tour, there were no empty seats left in the theater. At the end of the show, they tossed roses onto the stage, lots of them. They thought it was so amazing that the Chinese opera could be so much and so good to watch and listen to," said Li Shengsu, a famous Peking Opera artist, also the performing partner of Yu Kuizhi.

The development of Peking Opera in China also has gradually become better, Yu said. "Many of the performers at the China National Peking Opera Company are born in the '80s, '90s, and even '00s. Most of them are young people with excellent qualifications, whether it's their physical qualifications, appearance or voice," said Yu.

"Peking Opera is a comprehensive art," said Li Shengsu. "We need to study our art with great concentration meet the audience's requirements and attract them. And, opera actors really need to be in good shape. The costumes, headpieces, and props in Peking Opera performances are very heavy. Even the makeup in Peking Opera has special techniques for the eyebrows and foreheads, which puts a lot of pressure on the actors," Li explained.

Even though learning Peking Opera is a painful process, the faith in the hearts of these young performers is strong, she said. 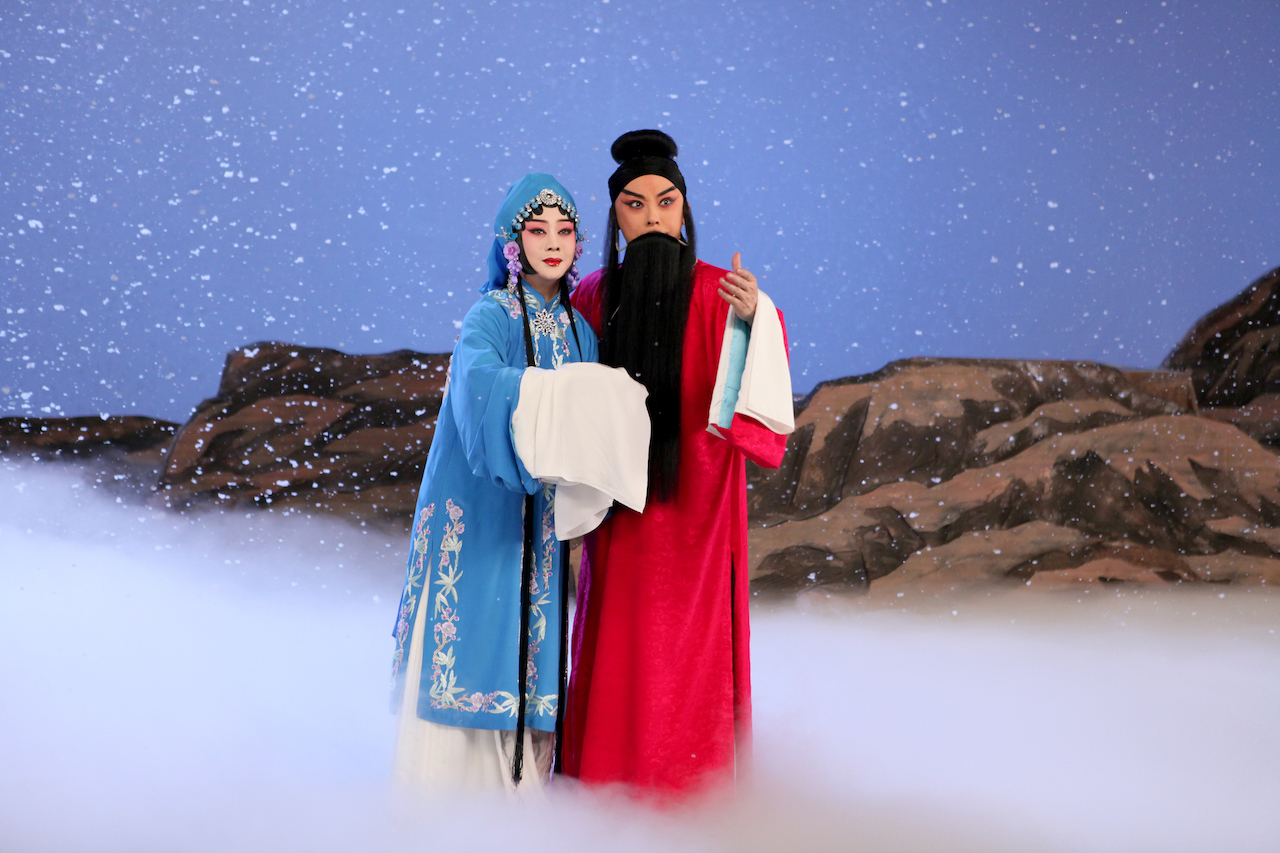 "There are no shortcuts in Peking Opera, and every step needs to be taken seriously," added Li.

Modern technology enables these classics to be passed down and preserved better and also enables more young generations to be exposed to this traditional and classical art form of China, even explore it by themselves.