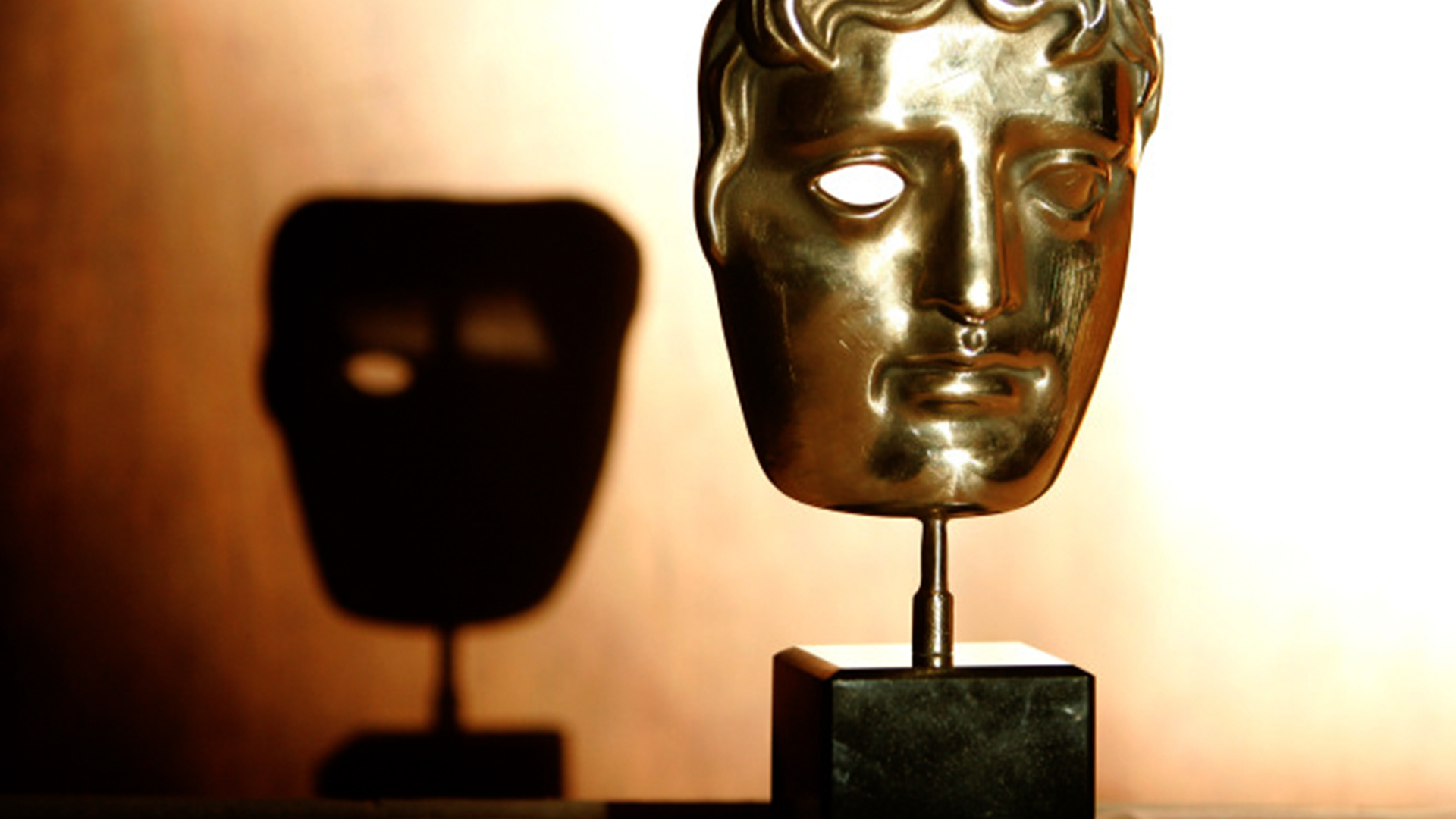 "I think that we send out a clear message to the people of color that you are not welcome here," American actor Joaquin Phoenix lamented the blatant lack of diversity at the 73rd British Academy Film Awards in February while accepting the honor for Best Actor in a Leading Role for the film "Joker."

Phoenix won the award after beating his four fellow nominees, all white.

Months after the public embarrassment, the British Academy of Film and Television Arts (BAFTA) on September 24 committed itself to "long-term substantial cultural and organizational" shift while announcing 120 changes to its voting, membership and other regulations to "address the serious lack of opportunity and equality." 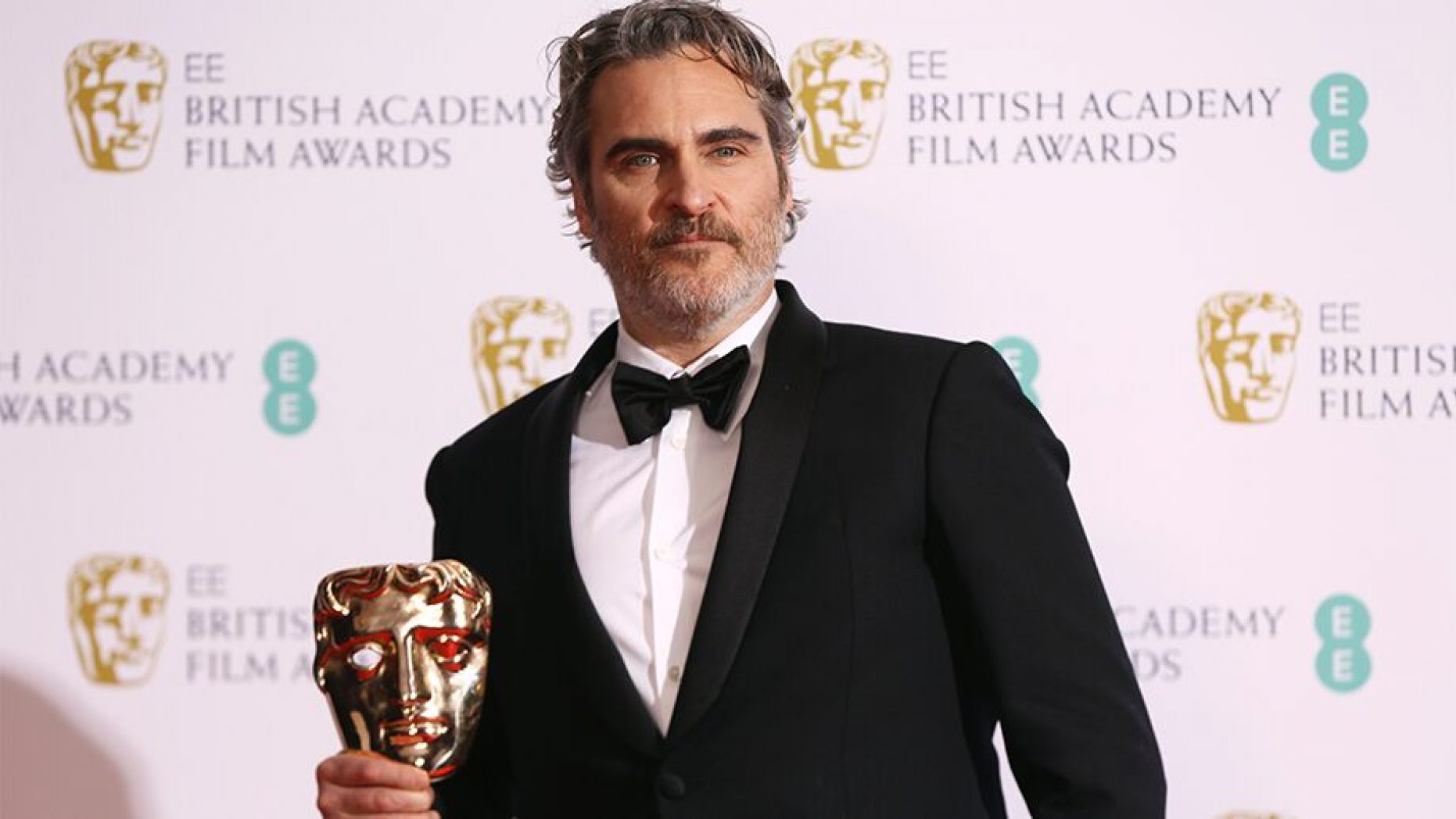 Joaquin Phoenix poses with his award for Best Actor in a Leading Role for the film "Joker" at the 73rd British Academy Film Awards, London, UK, February 2, 2020. /AP

Joaquin Phoenix poses with his award for Best Actor in a Leading Role for the film "Joker" at the 73rd British Academy Film Awards, London, UK, February 2, 2020. /AP

In January, BAFTA, often described as the British version of the Oscars, found itself in hot water for shortlisting only white artists for all acting categories, and for the seventh straight year all nominees for Best Director were men, four of which out of five were white.

According to the new rules, which are the outcome of a seven-month "detailed review" of the awards system guided by a 20-member steering group, there will be six nominees, instead of the usual five, for all acting categories as well as the Best Director award starting next year. Ten films, not six, will be in the run for the Outstanding British Film award. 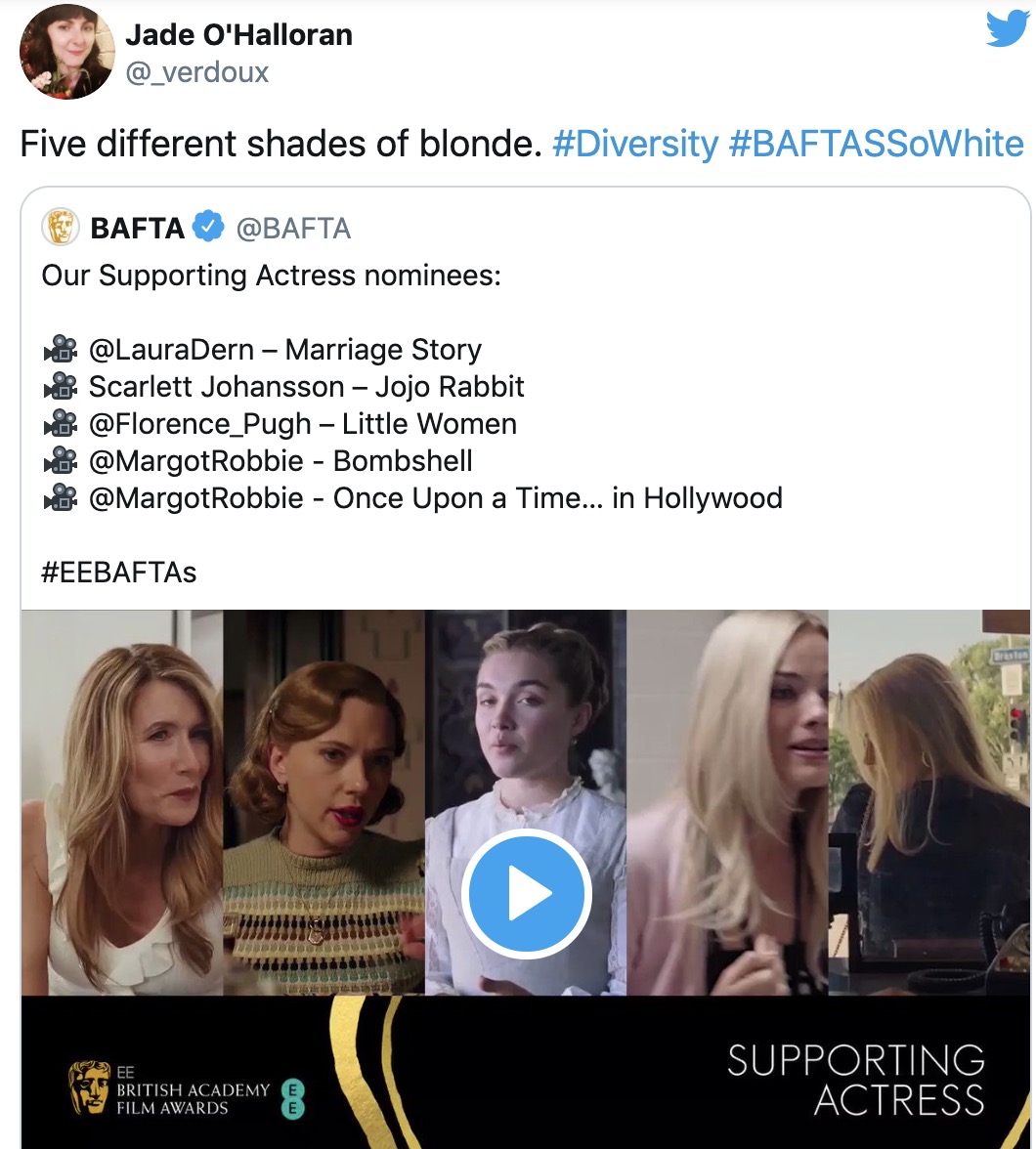 A screenshot of a tweet by film critic Jade O'Halloran. /@_verdoux

A screenshot of a tweet by film critic Jade O'Halloran. /@_verdoux

Other changes make it mandatory for anyone casting a vote to undergo a "conscious bias training" program. The newly unveiled reforms also create three rounds of voting, making it compulsory for the jury to watch every film on the longlist in each category.

To ensure women representation in the Best Director category, a 10-film quota for women has been introduced in the first round of voting. Also, studios can no longer apply for both lead and supporting actor awards.

In an attempt to foster inclusion, the academy plans to add 1,000 new members to its committee from underrepresented groups. 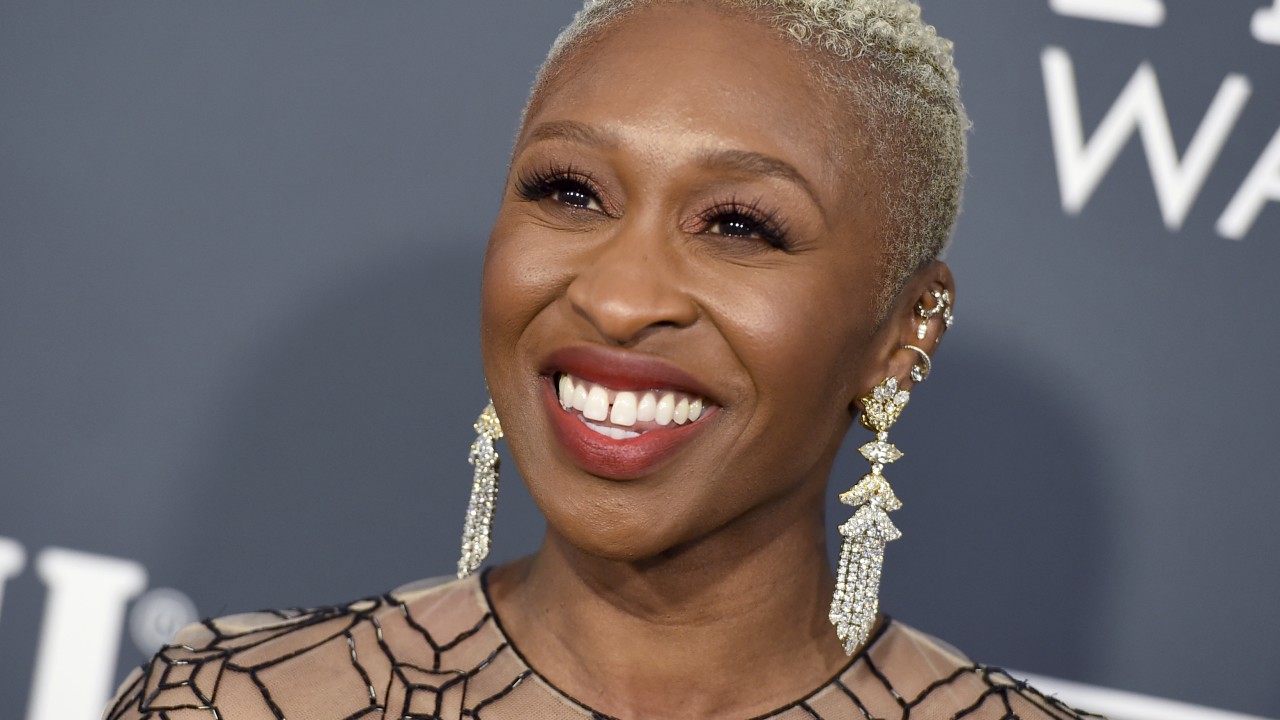 "Harriet" star Cynthia Erivo declined to perform at the 73rd British Academy Film Awards in February for the glaring lack of diversity among the nominees. /AP

"Harriet" star Cynthia Erivo declined to perform at the 73rd British Academy Film Awards in February for the glaring lack of diversity among the nominees. /AP

Krishnendu Majumdar, chairman of BAFTA and the first person of color to hold the position, described these changes as "a watershed moment," claiming "The Academy has never opened itself like this before."

"Representation matters and we've all been starkly reminded of this with the rise of the global anti-racist movement," he said.

However, according to a report, the new BAFTA rules earning praises online have not gone down very well with some of its members who "fear the organization is becoming too politicized and an extension of the Black Lives Matter movement."

Major international film and television awards, such as BAFTA and Oscars, have been repeatedly condemned for being "so white." In 2016, #BAFTABlackout protests were staged outside the award ceremony, with social media campaigns like #BAFTASoWhite gaining huge traction in the ensuing years. 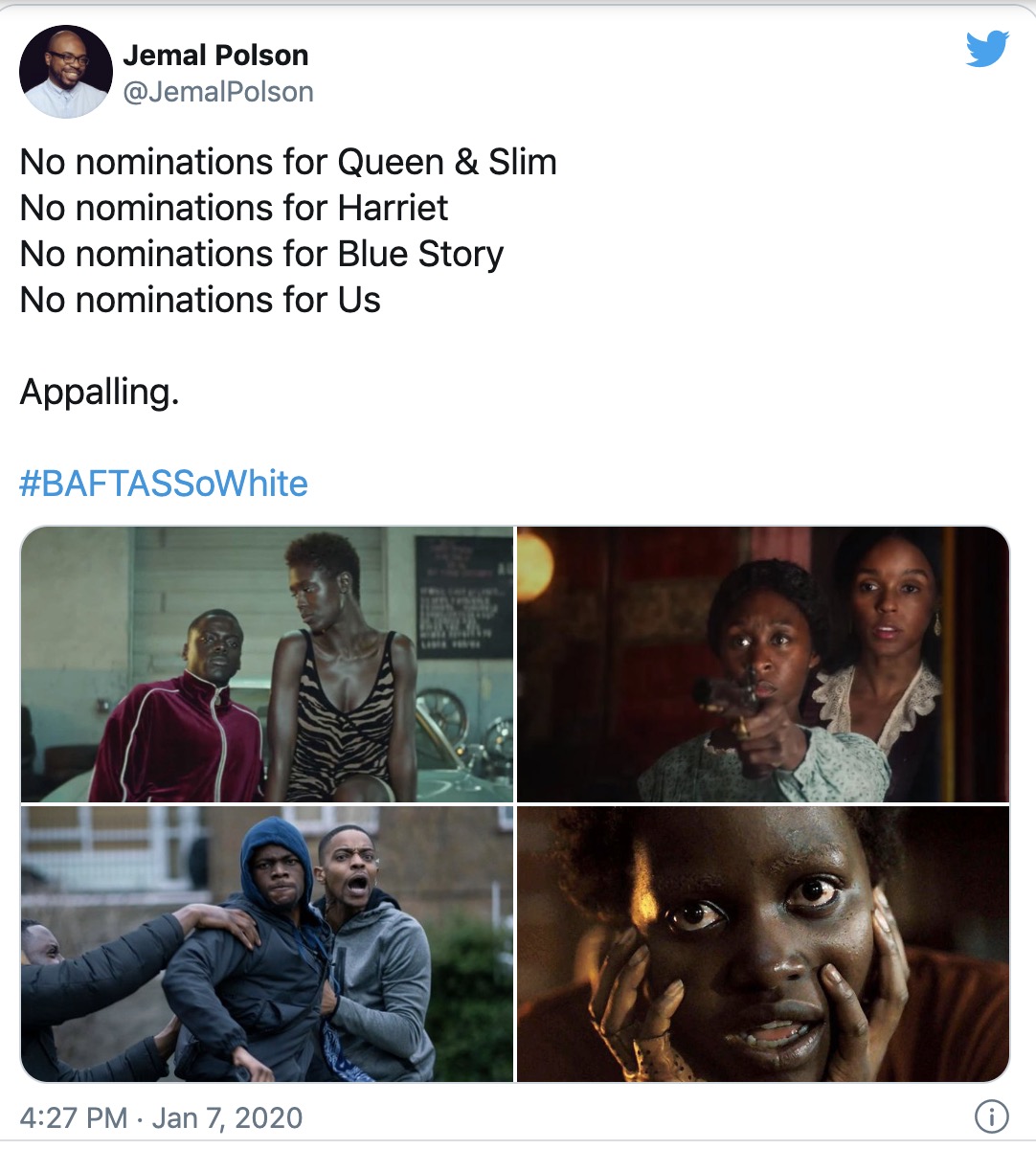 A screenshot of a tweet by Jemal Polson, who works at UK's Channel 5. /@JemalPolson

A screenshot of a tweet by Jemal Polson, who works at UK's Channel 5. /@JemalPolson

But will these changes make a difference?

BAFTA Film Committee Chairman Marc Samuelson, who earlier called the lack of diversity "frustrating and deeply disturbing," recently said, "This is not about guarantees or quota, this is about creating a level playing field."

Annenberg Inclusion Initiative, U.S.-based think tank that studies diversity in entertainment, reacted on Twitter saying, "@BAFTA is taking metric very seriously. It is the first step toward change, followed by setting target inclusion goals and a strategy for reaching those goals. Transparency and interdependence is key."

Dr. Clive James Nwonka, an LSE fellow in film studies, believes that for the BAFTA changes to really be impactful we also need change at the level of film production to ensure that diverse filmmakers are supported to make a body of culturally/economically valuable films for this new membership/voting system to nominate. 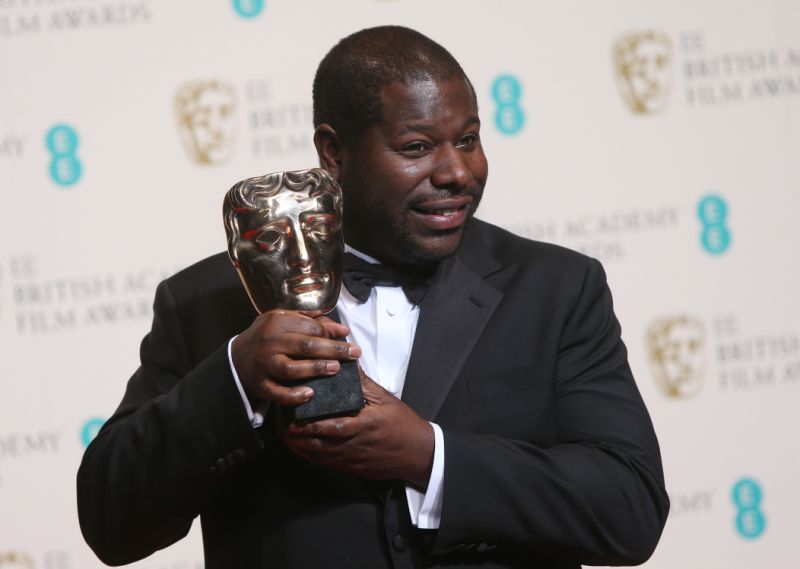 This echoes with what BAFTA Chief Executive Amanda Berry, who recently welcomed the reforms as "fantastic opportunity to make substantial cultural and organizational change," said in 2016 while responding to charges of BAFTA being a sexist and a racist body.

But not everyone agrees with the "industry-problem" argument.

Steve McQueen, director of "12 Years A Slave," in January rejected the reasoning as "nonsensical." He told The Guardian, "When these films are being made to critical acclaim, they're not even being recognized – that's nonsense."