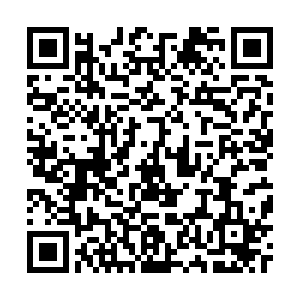 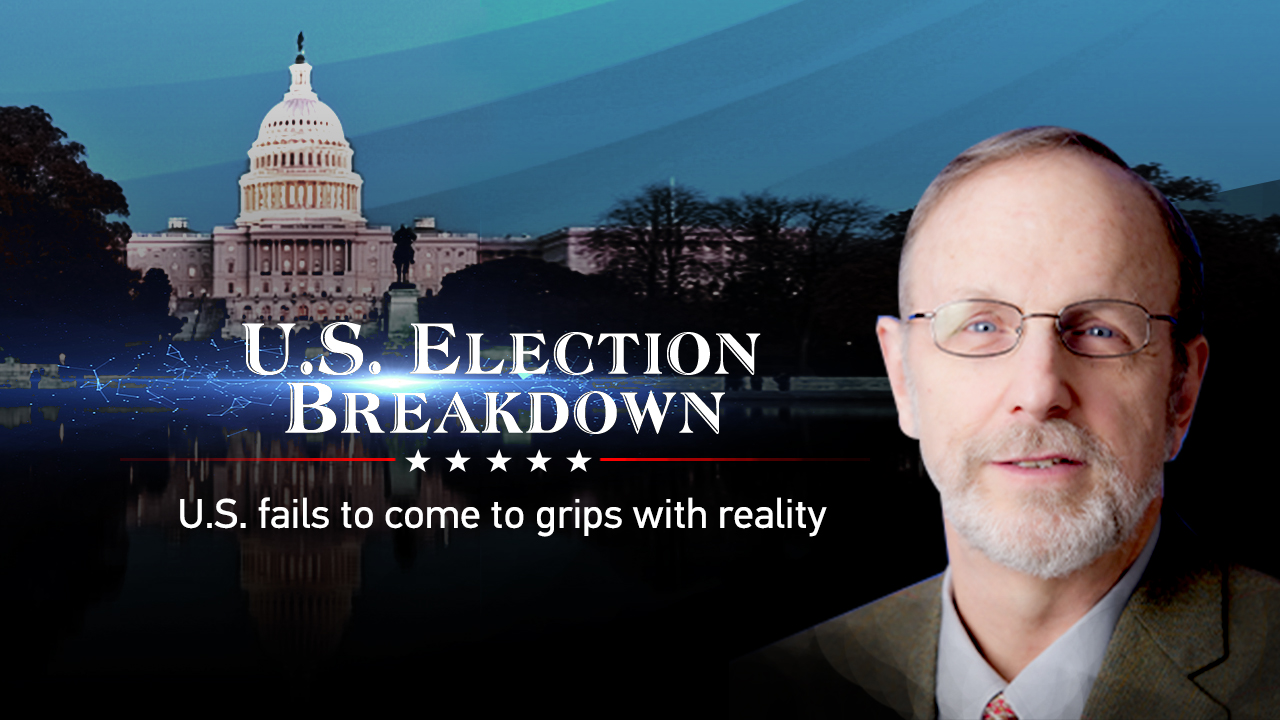 Editor's note: The 2020 U.S. presidential election is a once-in-a-lifetime event to watch. The American public and politicians are drowning in international conflicts, domestic crises, political divide and civil unrest. The U.S., and its relationship with other countries and the international system today stand at a crossroads. What's in store for us from now until November 3? What will the future look like after this crucible? CGTN is inviting scholars from U.S. think tanks and universities to break down the election and share their views on its various aspects. This is part one of the series, with Michael D. Swaine discussing the tumultuous China-U.S. relationship and its role in the election. Dr. Swaine is a senior fellow at the Carnegie Endowment for International Peace and one of the most prominent American analysts in Chinese security studies. Formerly a senior policy analyst at the RAND Corporation, Swaine is a specialist in Chinese defense and foreign policy, China-U.S. relations, and East Asia international relations. The opinions expressed here are his own, and not necessarily the views of CGTN.

Adriel Kasonta: What is the source of seeing the China-U.S. relations in Washington D.C. solely through competition lenses? And why does the U.S. remain wedded to the idea that it must retain some level of predominance ultimately leading to an ideological win over China?

Michael D. Swaine: Well, I'm not sure that all Americans believe all of the things you've just said, but I do certainly think that the emphasis on competition to the exclusion of the need for cooperation – and I emphasize that latter part "to the exclusion of cooperation" – I think is based upon a certain level of insecurity and a certain level of uncertainty about the future, about China's future behavior, and about the future position of the United States in the world and in Asia. So, I think competition is fed by those kinds of factors.

It is also, I think, reflective of a kind of evangelical impulse in the United States involving the spreading of democracy to other nations. The United States has long had an element of democracy promotion – and especially since World War II and the advent of the Cold War with the Soviet Union. I think in many cases that that evangelical impulse has taken the United States down some torturous and very self-defeating paths. It has not served the American interest in many respects. An emphasis on democracy promotion simply exacerbates the animosity and the rivalry between the United States and China and undermines their ability to work in areas that are absolutely essential for both countries. So, I don't think on balance, particularly as it's applied to China today, that it serves a lot of positive functions. 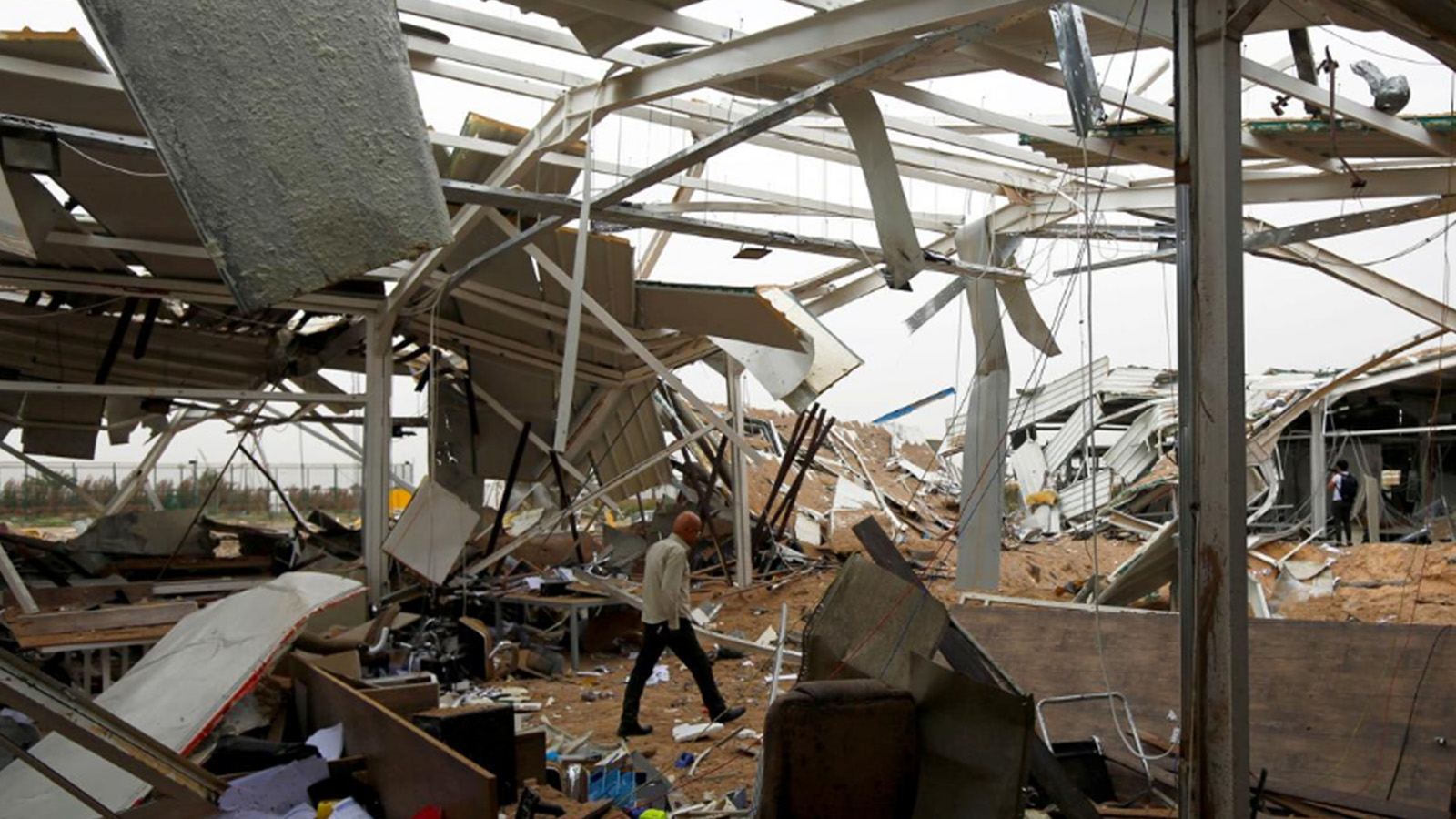 Kasonta: Many foreign policy experts in the U.S. believe that China is dedicated to pushing the United States out of Asia. Do you share their concerns? Or do you believe that they are, to say the least, over-exaggerating the situation?

Swaine: From a broad perspective, it indicates that the U.S. military continues to fail to come to grips with the reality of the world in which the U.S. will no longer be the clearly predominant military power in every region of the planet – and especially not in the Asia Pacific. The U.S. military and the U.S. civilian leadership need to develop a realistic strategy that can strengthen the foundations for a stable balance of power in Asia between the U.S. and its friends and allies, and China. Neither the U.S. nor China will dominate that critical region.

Both of them must recognize this fact and work with others in the region, and elsewhere, to create understandings and create confidence-building measures that reduce the chance of crisis occurring over Taiwan or maritime disputes, and to avoid the kind of political rhetoric on both sides that now dominates the discourse.

The United States has critical allies in Asia. It has a strong economic, political and military presence in Asia that isn't going away. And I don't see how the Chinese can acquire a level of capability that would actually force the United States to withdraw from the region, short of war. And even in a wartime situation, I don't think that's going to be the consequence. 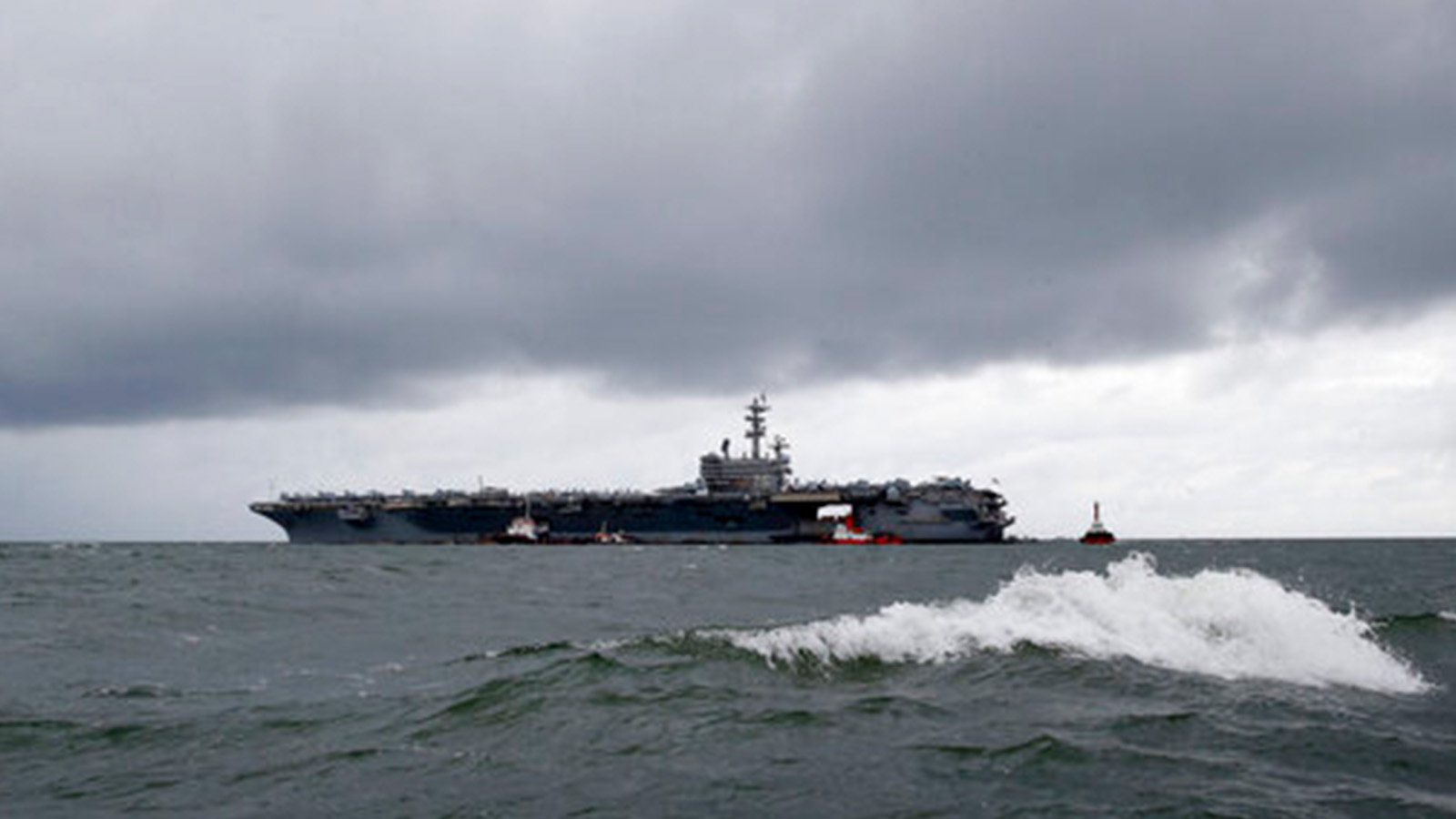 So I think the challenge for the United States is not to fight against a China that's trying to push it out of the region. I think the challenge is to establish a regional environment in which both the United States and China can prosper in the region, in which neither side is dedicated to pushing the other back or out of the region, in which both have to recognize that they have to make certain kinds of accommodations and certain kinds of adjustments to each other in ways that will not weaken each side to an excessive degree in ways that will not look like appeasement and will feed the assertiveness of some in either camp.

There has to be a basis for understanding between the two countries on limits to their level of competition and limits to their level of assertiveness in a variety of ways, while also strengthening their understanding with each other. So no, I don't believe that China is committed to ejecting the U.S. from the region as a deliberate policy and I don't think frankly that China requires such a thing in order to attain its national interest. Unless, the United States itself regards China as an implacable enemy and it seeks to contain, and push back, and undermine, and weaken China at every turn. Under that kind of a highly antagonistic relationship – and I don't think we've gotten to that point yet – then I can see the Chinese deciding that they need to try to push the U.S. out of the region. But even then, it's going to be an impossible task I think, and it would only set up the two countries for conflict.

So, focusing on this idea that China is dedicated to pushing the U.S. out of the region just distracts people from the real nature of the problem that the two countries face and it undermines the ability of people to deal with those problems effectively. 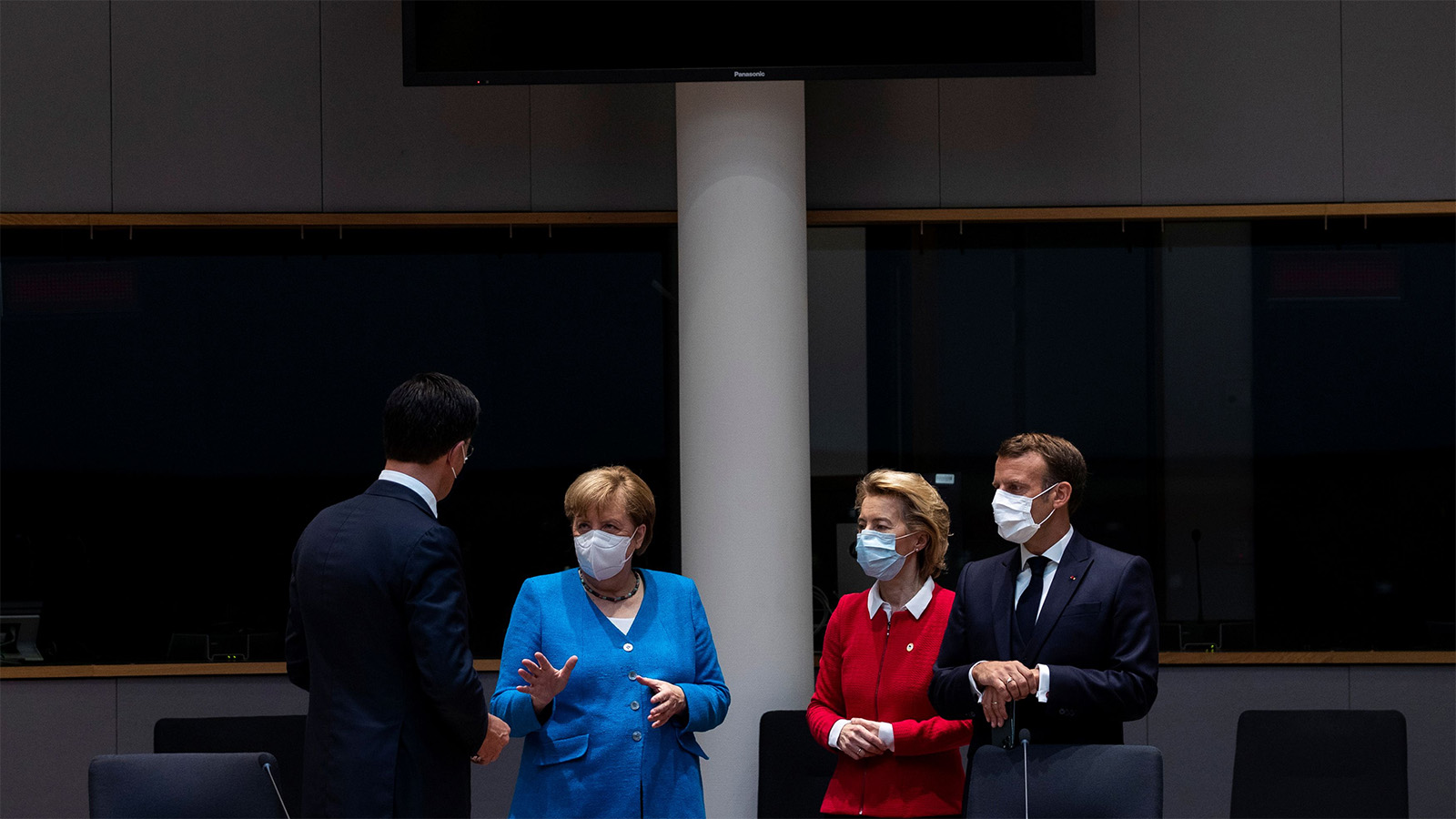 Kasonta: What should be the stance of the U.S. allies and friends in both Europe and Asia towards the growing tensions between these two great economic powers? Is there any specific role for them in this changing dynamic between China and the U.S.?

Swaine: I think there is definitely a very strong role for other countries to play. They have a major role in encouraging both the U.S. and China to resist demonizing and to work from facts. U.S. allies need to speak up more on this issue. They need to resist American pressure to dictate how they should respond to China and countries need to, for example, agree on moving to revise and expand the World Trade Organization, and to also encourage involvement in the Trans-Pacific Partnership and try to revise that in some ways – that's more adequately adjust to and account for technology and investment questions and to develop more significant mechanisms for cooperation on critical issues.

I think other countries can play a major role in trying to push those agendas and trying to get the United States and China both to back away from this zero-sum worst-case demonizing that's currently going on – especially on the U.S. side. So, I think they do play a critical role. I think that the most key U.S. allies – Germany, France, the United Kingdom, Japan, South Korea and others – all need to speak up more, privately, if not publicly, with the United States to ask: Where are you going with all this? What is the ultimate objective of this effort? Because if it's to overturn the Chinese government, or if it's to contain China in a major way, or to get the rest of the world to buy into a very zero-sum set of policies, it's not going to work. Countries are not going to buy into that kind of a strategy for the United States.

I don't think a Biden administration would try to push that kind of strategy and trying to push it on allies. But I think that the Trump administration has clearly attempted to do this. And I think other countries need to really push back against it while also stating clearly that they do agree with some of the criticism that the Trump administration has made in some areas of China's behavior. But as with some many of these issues, you can't just go from that kind of specific criticism to the kind of categorical across-the-board condemnation that, in fact, the Trump administration ends up with in its approach to dealing with China. And foreign countries, again, can play a major role in resisting that categorical over-the-top assessment and arguing for a much more balanced, and a much more sophisticated strategy, and greater coordination in dealing with China.