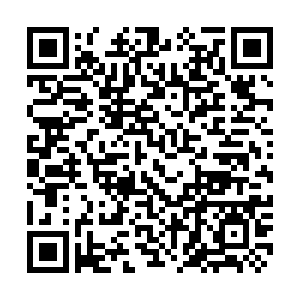 Thursday marks the 71st anniversary of the founding of the People's Republic of China (PRC). Flag-raising ceremonies were held across the country, including the capital city of Beijing, and the special administrative regions (SARs) of Hong Kong and Macao, to celebrate the National Day.

The flag-raising ceremony is held at the Tiananmen Square in Beijing every morning, with the national flag escorted by the Guard of Honor of the Chinese People's Liberation Army and the national anthem played by the military band. But on important days such as the National Day and the New Year's Day, the ceremony attracts larger crowds than usual and nationwide attention.

The Hong Kong SAR government held a ceremony at the Golden Bauhinia Square where the national flag and the flag of the HKSAR were raised. 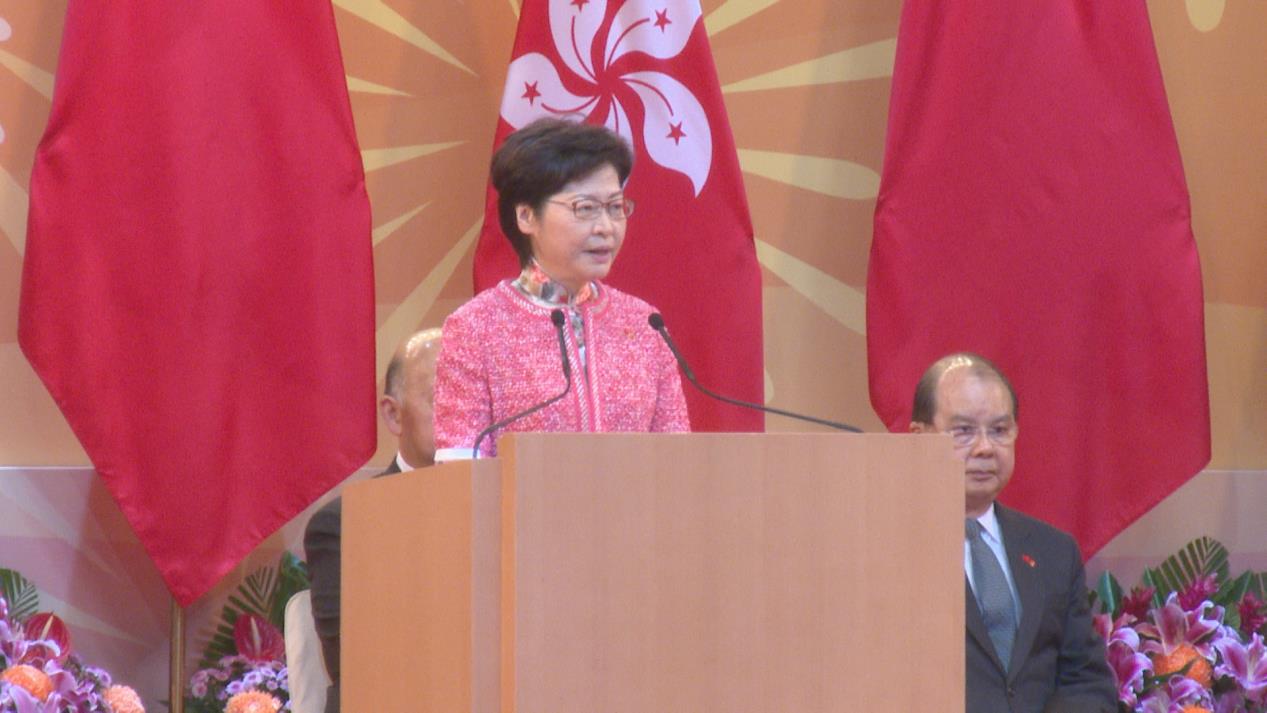 At a reception held at the Hong Kong Convention and Exhibition Center after the ceremony, Chief Executive Carrie Lam said the central government has given full support to Hong Kong in tackling various difficulties and challenges since the city returned to China in 1997, underscoring Beijing's assistance to Hong Kong in the fight against the COVID-19 outbreak.

The central government attaches great importance to Hong Kong's role as it makes national development plans and has been actively promoting exchanges and cooperation between Hong Kong and the mainland, Lam said.

She mentioned the turmoil in Hong Kong last year over the amendments to the Fugitive Offenders Ordinance as well as the implementation of the national security law for the HKSAR this year, stressing that a safe and stable social environment is essential to resolving the city's economic challenges and meeting expectations of its residents.

She called on people in Hong Kong to sincerely support the "One Country, Two Systems" principle and the Basic Law and seize the opportunities as China seeks a new development pattern.

The pattern, known as the "dual circulation," takes the domestic market as the mainstay while letting domestic and foreign markets boost each other. 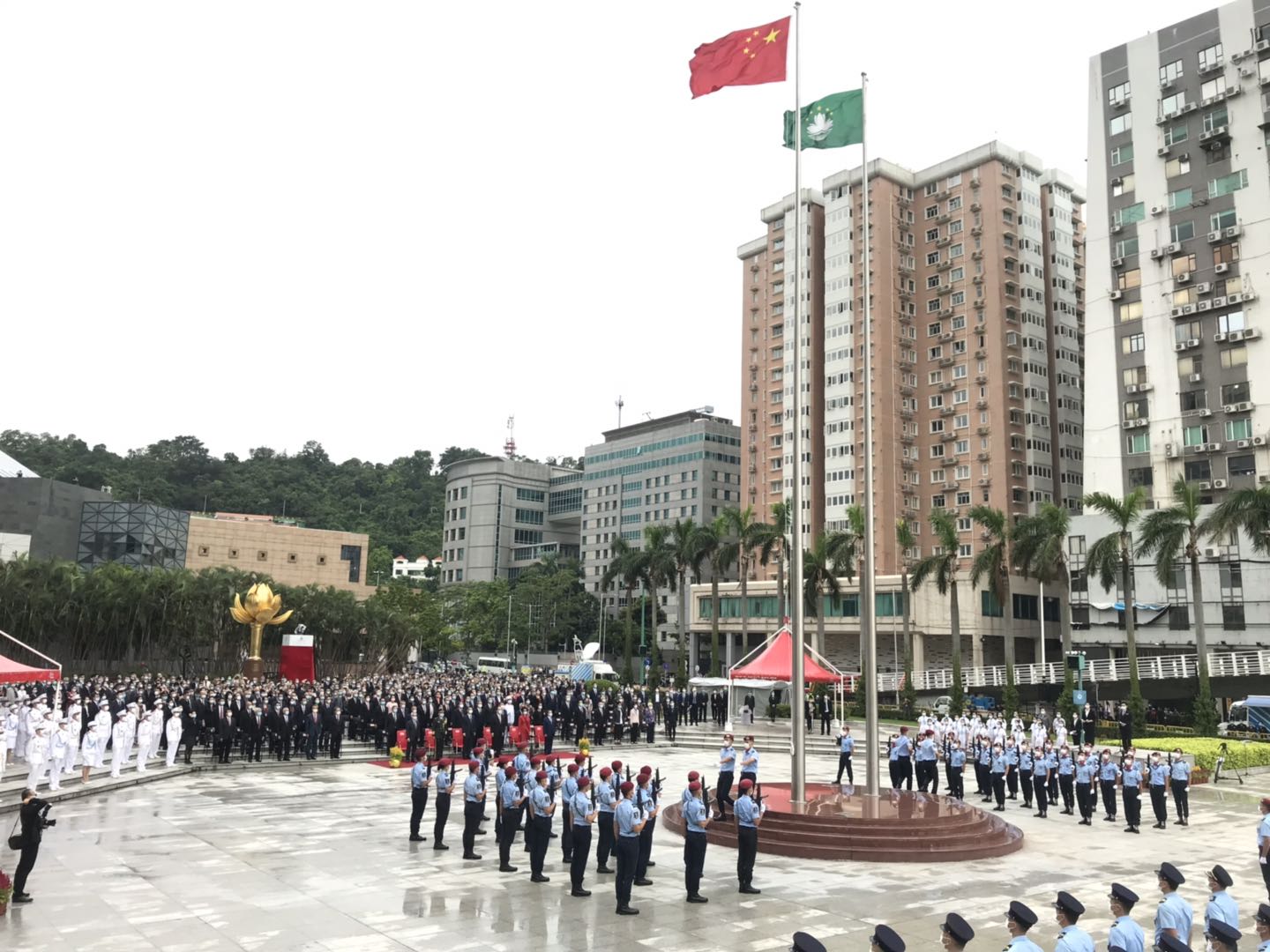 A flag-raising ceremony is held at the Golden Lotus Square in Macao to celebrate China's National Day, October 1, 2020. /CCTV

A flag-raising ceremony is held at the Golden Lotus Square in Macao to celebrate China's National Day, October 1, 2020. /CCTV

A flag-raising ceremony was also held at the Golden Lotus Square in Macao, where hundreds of people gathered to celebrate the National Day.

Meanwhile, world leaders have congratulated China on the occasion. Kim Jong Un, leader of the Democratic People's Republic of Korea (DPRK), extended "warm felicitations and greeting" to the Communist Party of China, the Chinese government and the "fraternal Chinese people," according to a report by the Korean Central News Agency on Thursday.

Serbian President Aleksandar Vucic and Prime Minister Ana Brnabic visited the Chinese Embassy in Serbia on Wednesday. Vucic vowed to maintain the "brotherly friendship" between the two countries no matter under what kind of pressure. "We will not meet a closer friend," he said.

Singaporean President Halimah Yacob and Prime Minister Lee Hsien Loong on Thursday congratulated their Chinese counterparts on China's National Day. Halimah said "China has made immense progress over the past seven decades, particularly after the launch of its reform and opening-up policy in 1978."

Lee said China's achievement in poverty alleviation "bears testament to the tenacity of the Chinese people."

"Even in an increasingly uncertain global environment, I am confident that China will continue to grow and contribute to the stability and prosperity of our region and the world," he said.