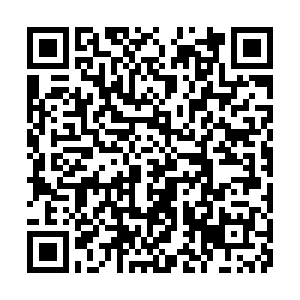 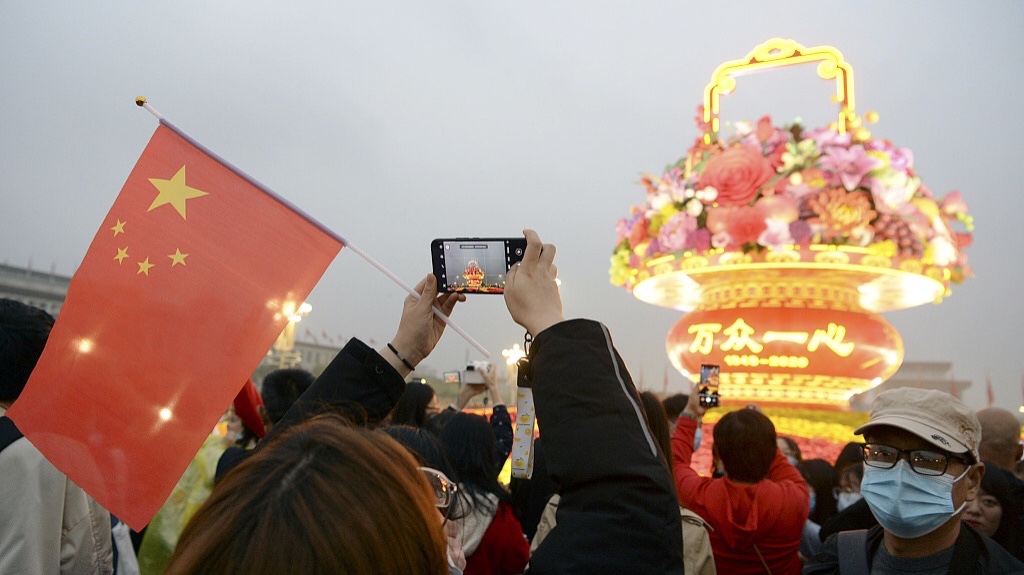 As the country's National Day and Mid-Autumn Festival both fall on October 1 this year, Chinese cities are festooned with flowers and lanterns and holding colorful activities to celebrate the joyful occasion.

At the center of Tiananmen Square in Beijing, one of China's most iconic landmarks, a giant flower and fruit basket was readied on September 24. The themed flower parterre along Chang'an Avenue has also been in place to welcome the upcoming National Day.

The themed flowerbeds along Chang'an Avenue were created with over 200 flower varieties and depict themes including "all-around well-off society" and "hard-won battle against the epidemic," highlighting the historical achievements in the course of the country's development. 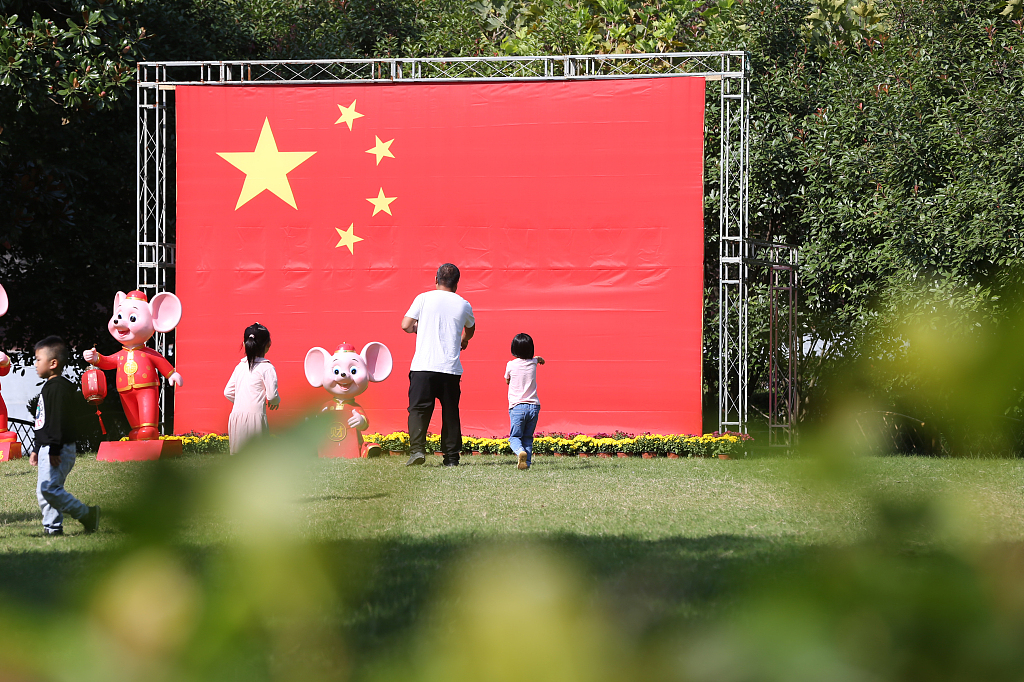 People take photos in front of a giant national flag at a scenic spot in Jiangsu Province, October 1, 2020. /CFP

People take photos in front of a giant national flag at a scenic spot in Jiangsu Province, October 1, 2020. /CFP

In Harbin City, northeast China's Heilongjiang Province, a symphony concert titled "Me and My Motherland" was held Wednesday.

The residents in Yuncheng City, north China's Shanxi Province, also expressed their love for the motherland through music by organizing a community variety show with various song and dance performances.

Reuniting with friends and loved ones is customary during the festive celebrations. In Gongliu County of northwest China's Xinjiang Uygur Autonomous Region, neighbors and friends from near and far gathered to make and enjoy local delicacies like Dapanji, or big plate chicken stew, and moon cakes.

"We put pomegranate seeds on moon cakes, signifying that people of all ethnic groups remain closely united like the seeds of a pomegranate that stick together, and we all live a prosperous life," resident Guzinay told CGTN.

The attractions and featured streets in many places were lit up with dazzling lights, forming gorgeous night scenes.

At the Yellow River Tower in Lanzhou City, northwest China's Gansu Province, a 3D projection light show was held with dazzling lights illuminating the mother river and the night sky. 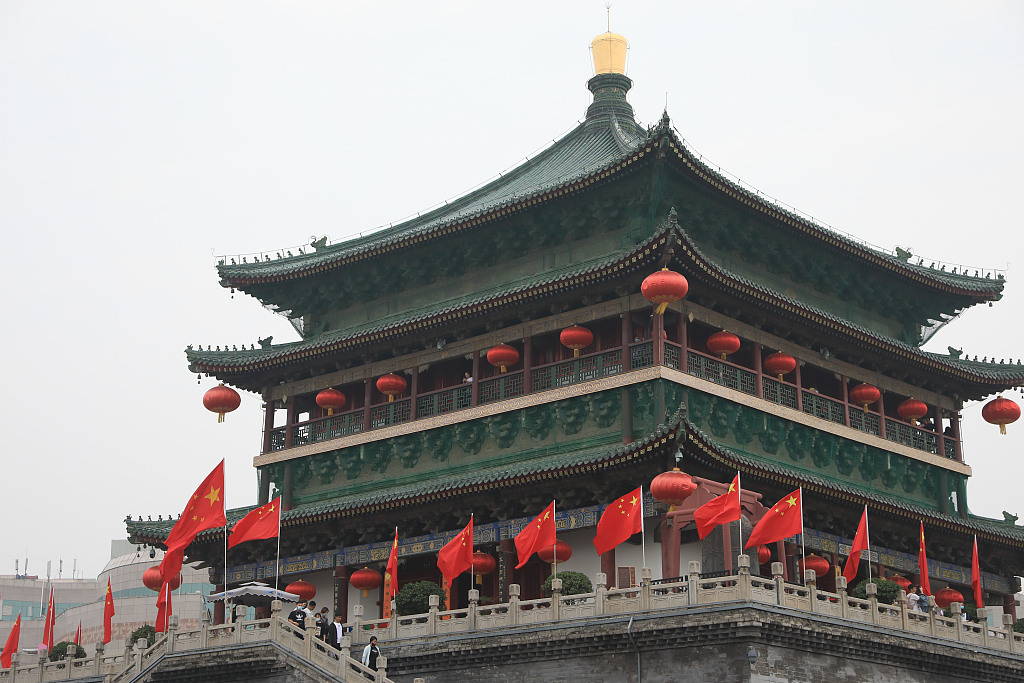 Tourists can visit the night market, taste delicious food and watch a show at the theater.

"I think it's good to bring my kid here to experience the culture and distinctive atmosphere of Nanjing," said resident Zhang Xiao.

Listed as a national intangible cultural heritage item, the molten iron-splashing performance features one blacksmith throwing a ladle of molten iron up to the sky and another blacksmith beating the molten iron with a wooden club, creating a fascinating firework-like display to usher in the new year and extend wishes for good harvests. The activity can be traced back more than 1,000 years ago.

In Xi'an City, northwest China's Shaanxi Province, the ancient city wall was lit in red, and the words "Celebrate National Day" and "I love you, motherland" were projected on its surface. A huge five-star red flag was also passed through the crowd, expressing people's affectionate blessings to the motherland.