What does this year's Chinese National Day remind us of?
First Voice 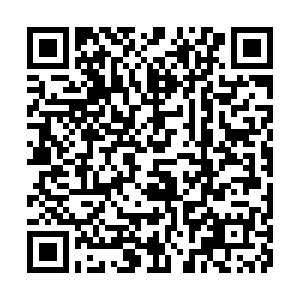 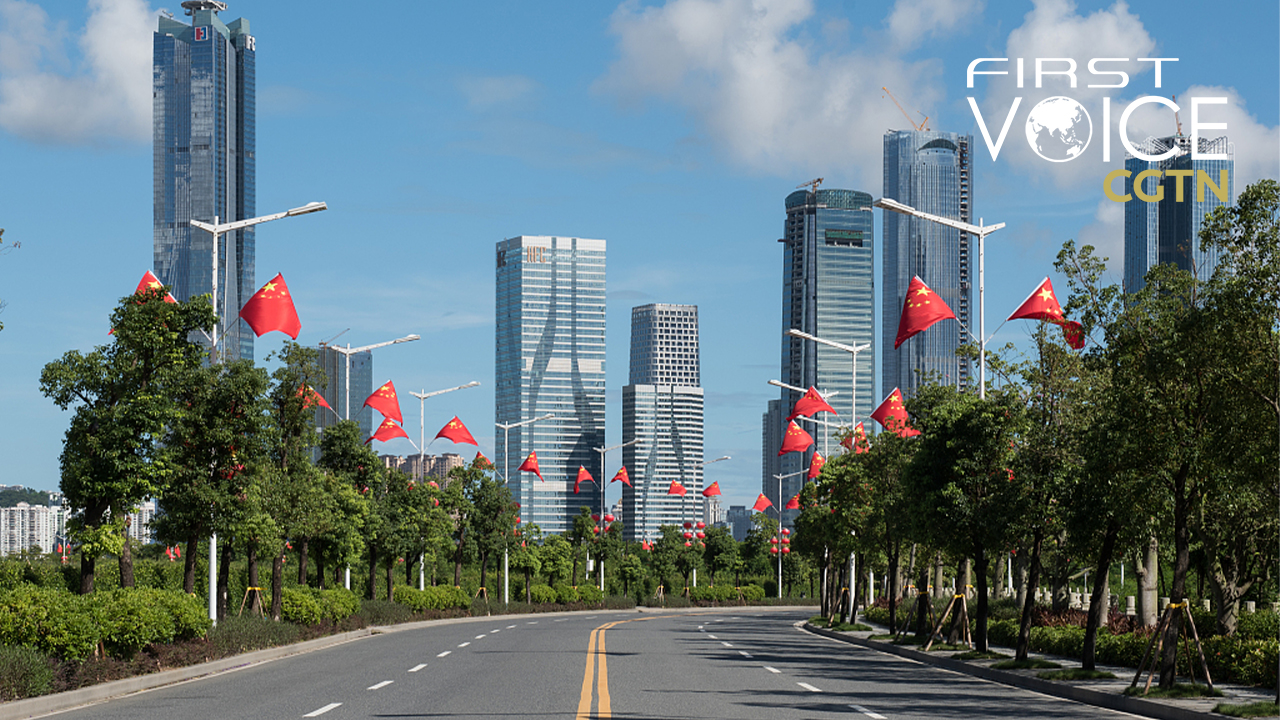 For many Chinese, the memory of October 1, 2019 is still very much fresh and vivid. The pomp and circumstance of a national military parade staged that day marking the 70th anniversary of the founding of the People's Republic of China (PRC) brought about tremendous national pride in Chinese viewers.

Now many of them would have a hard time believing exactly one year has passed since then and that they are now celebrating another "Shi Yi (October 1)" national holiday.

The surreal feeling of how quick the past year has gone by has to do with the unprecedented pandemic the world is experiencing. As the dust has not completely settled, there is still a sense of uneasiness lingering about how this tumultuous episode could end.

Another source of the surreality for many Chinese comes from the realization of how dramatic of a change China has gone through this year. Back in late January through March, everything was put in hibernation in the country in order to crush the dreadful epidemic. Since late March however, the country has quickly emerged from the pandemic with relative strength to other parts of the world, and a semblance of normality gradually returned.

This sense of normalcy is borne out by China's rebounding tourism industry during the current eight-day holiday. According to Ctrip.com, the country's popular travel booking app, during this year's national holiday season, China will expect 600 million trips across the country. Although it would still be one fifth down from a year ago, the number is significantly higher than those of the earlier holidays this year, such as the May Day and Duanwu holidays.

Experts pointed out if the current trend continues, the country's tourism industry should be expected to recover fully next February.

Chinese people's confidence in hitting the road again has everything to do with the current COVID-19 situation in the country which has only seen sporadic breakouts since March, and no new locally transmitted cases have emerged since August until very recently.

Wu Zunyou, one of China's leading epidemiologists advising the government on COVID-19, said on September 8 that COVID-19 had disappeared in China on the society's level. "It could possibly still exists in isolation facilities and hospitals, or in research centers. However, there is no possibility to contract it in the social environment," he said. 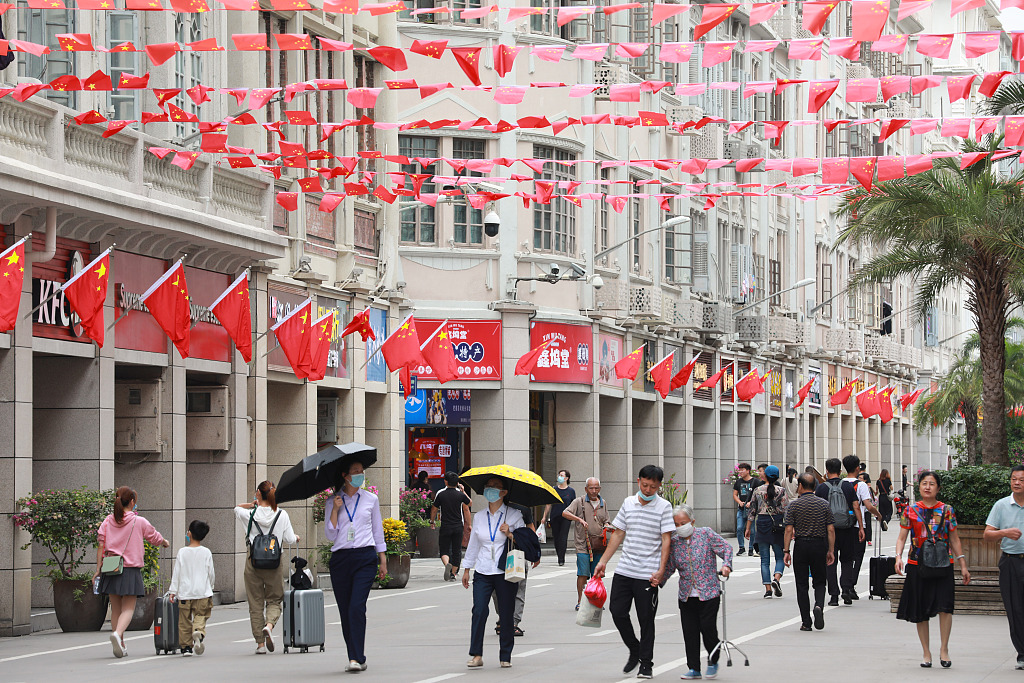 This is a far cry from the rest of the world though, where the virus has not been completely quelled. The U.S. is still fighting over whether to wear a mask during the latest presidential debate and Europe is experiencing a second wave with countries like Albania, Bulgaria, Czech Republic registering higher daily new cases than during the first wave.

So for China, on its 71st birthday, its relative success in eliminating the virus does give it ample reasons to celebrate.

That said, on this special occasion, it should also be mindful of challenges ahead as part of the rest of the world is still convulsed in the virus' tight grip. Currently China is still not able to resume outbound and inbound travel on a large scale. The uncertainty in overseas markets also means that a wide range of Chinese businesses have their future hanging.

Soon China will convene its highly-anticipated Fifth Plenum of the Nineteenth Party Congress, where details concerning China's next-stage development will be discussed, most notably its 14th Five Year Plan. And it is believed that "dual circulation economy," which was first raised back in May, will feature prominently in the discussions. Under this concept, strengthening the resilience of China's domestic economy will be pursued as a major goal to adjust to the new external situations that have emerged with the pandemic as well as to cope with the uncertainty associated with continuing to work with the U.S. So it will be a time dedicated to addressing China's concerns and challenges head-on.

Interestingly, this year's National Day, which is about the "nation," has coincided with the Mid-Autumn Festival which is all about family. The overlapping of these two festivals responds to a Chinese word called "Jia Guo" – composed of two characters, family and nation – which shows that in Chinese traditional values, family and nation are always intricately linked.

Today is a day that celebrates "family," "togetherness" and "community." It is also an occasion that reminds us of both of our achievements as a nation this year and how we should forge a way ahead in this challenging time.