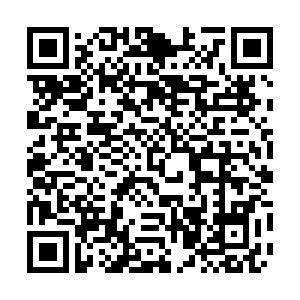 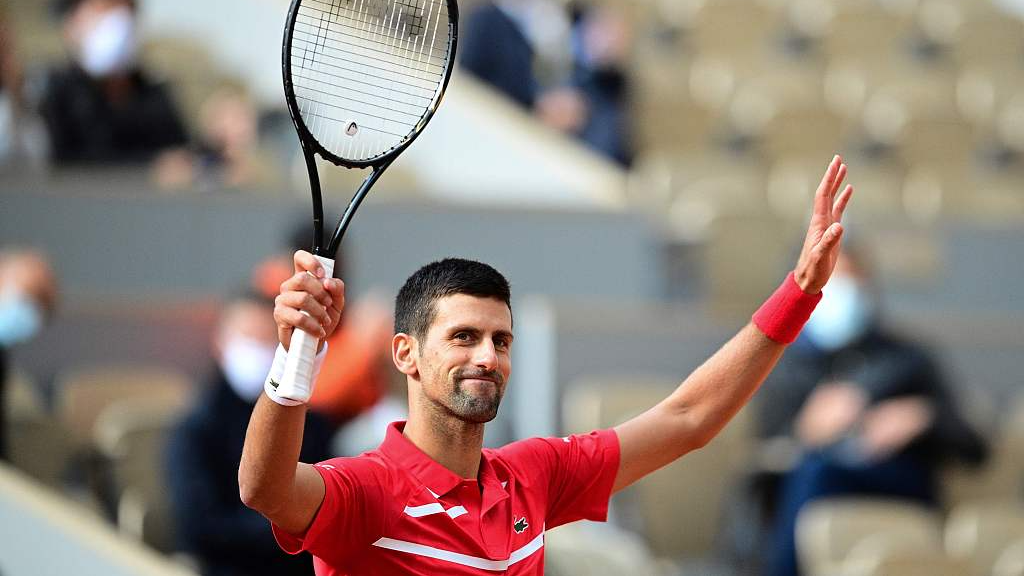 Top seed Novak Djokovic barely broke a sweat in reaching the French Open third round with a 6-1 6-2 6-2 thrashing of outclassed Lithuanian Ricardas Berankis on Thursday.

Some rare sunshine bathed the Court Phillipe Chatrier but it was dull viewing for the few spectators allowed in to watch the 33-year-old glide effortlessly through the game.

The opening set was done and dusted in 22 minutes as Djokovic won the last 10 points and the second set was only marginally more competitive.

Berankis, ranked 66th, needed courtside treatment on his back before the start of the third set but got back to his feet to endure more punishment from the clinical Serb.

Djokovic, bidding for his second French Open crown and 18th Grand Slam title, has dropped 10 games in two rounds so far, and occasionally looked bored on Thursday, taking the opportunity to practice his drop shot on numerous occasions.

He finished it off after only 83 minutes with his 10th ace.

It was a carbon copy of the pair's only other Grand Slam clash, when Berankis also managed only five games, at the 2013 US Open.

It was Djokovic's 70th victory at the French Open, moving him into joint second place on the all-time list with Roger Federer.

Alexander Zverev, the sixth seed, is also in action and meets another Italian in Marco Cecchinato, while Swiss Stan Wawrinka takes on local hope Hugo Gaston. 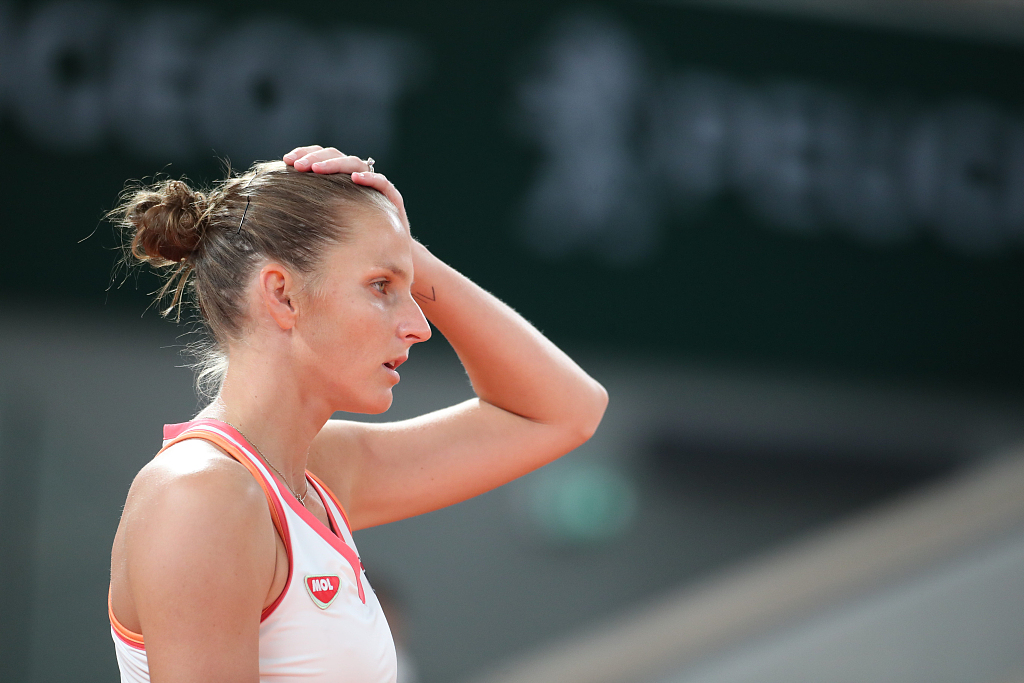 Carolina Pliskova of the Czech Republic reacts during her match against Jelena Ostapenko of Latvia during the 2020 French Open in Paris, France, October 1, 2020. /CFP

Carolina Pliskova of the Czech Republic reacts during her match against Jelena Ostapenko of Latvia during the 2020 French Open in Paris, France, October 1, 2020. /CFP

Second seed Karolina Pliskova was knocked out of Roland Garros by 2017 champion Jelena Ostapenko in the second round on Thursday.

Pliskova made the semi-finals in 2017 but has now failed to get beyond the third round in her eight other appearances in the French capital.

"I tried to be aggressive but not miss too much as she's such a great player," said Ostapenko, who had lost in the first round in her last two visits to the French Open.

"I had to bring the best tennis that I could."

She made the third round at the Australian Open and only second at the U.S. Open, and she arrived in Paris having retired from the Italian Open final against Simona Halep with a thigh injury.