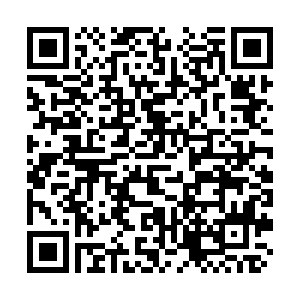 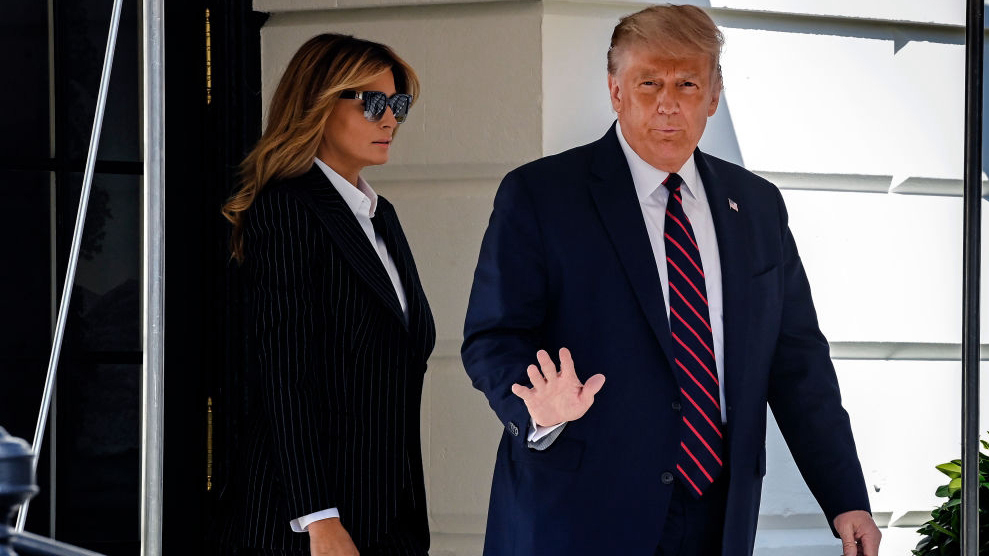 Hicks travels regularly with the president on Air Force One. Along with other senior aides, she accompanied him to Ohio for the presidential debate on Tuesday and to Minnesota for a campaign event on Wednesday.

"Tonight, @FLOTUS and I tested positive for COVID-19. We will begin our quarantine and recovery process immediately. We will get through this TOGETHER!" Trump tweeted.

White House physician Sean P. Conley said in a statement late Thursday that he had received confirmation that both Trump and the first lady had tested positive.

"The President and the First Lady are both well at this time, and they plan to remain at home within the White House during their convalescence," Conley said. "Rest assured I expect the President to continue carrying out his duties without disruption while recovering."

The White House dropped a Florida campaign trip from Trump's schedule on Friday. He had been due to hold a campaign event at Sanford airport in Florida on Friday evening but his new schedule just lists a midday phone call on "COVID-19 support to vulnerable seniors."

Trump earlier acknowledged that it was difficult for him and those close to him to avoid the virus since many people, including members of the military, try to interact with them.

"It's very hard when you're with soldiers, when you are with airmen, when you're with the marines, and the police officers, I'm with them so much. And when they come over to you, it's hard to say, 'stay back, stay back.' You know, it's a tough kind of a situation, it's a terrible thing," he said. 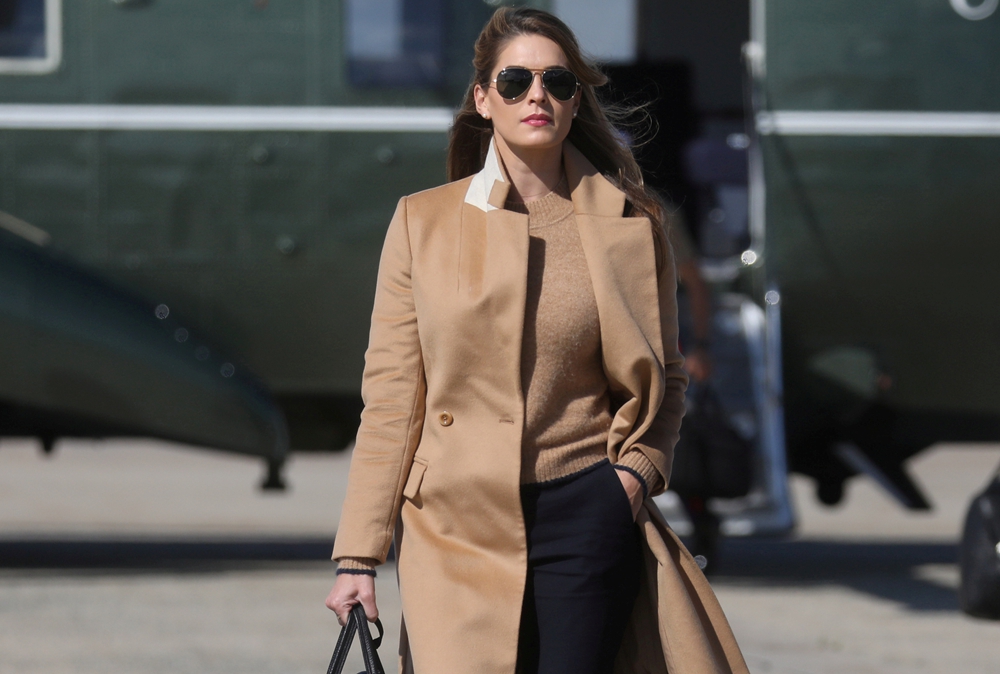 Hope Hicks walks to Air Force One to depart Washington with President Donald Trump and other staff on campaign travel to Minnesota from Joint Base Andrews, Maryland, U.S., September 30, 2020. /Reuters

Hope Hicks walks to Air Force One to depart Washington with President Donald Trump and other staff on campaign travel to Minnesota from Joint Base Andrews, Maryland, U.S., September 30, 2020. /Reuters

Hicks returned to the White House earlier this year after a stint in the private sector. She served previously as White House communications director and as a spokesperson for Trump's 2016 presidential campaign.

Trump and Hicks' positive test results raised the possibility that others within the president's immediate circle and at the highest levels of the U.S. government may have been exposed and have to quarantine as well.

Trump and his staff do not wear masks regularly and the president has denigrated people who wear them. Health professionals say mask-wearing is one of the key things people can do to help prevent the spread of the virus. 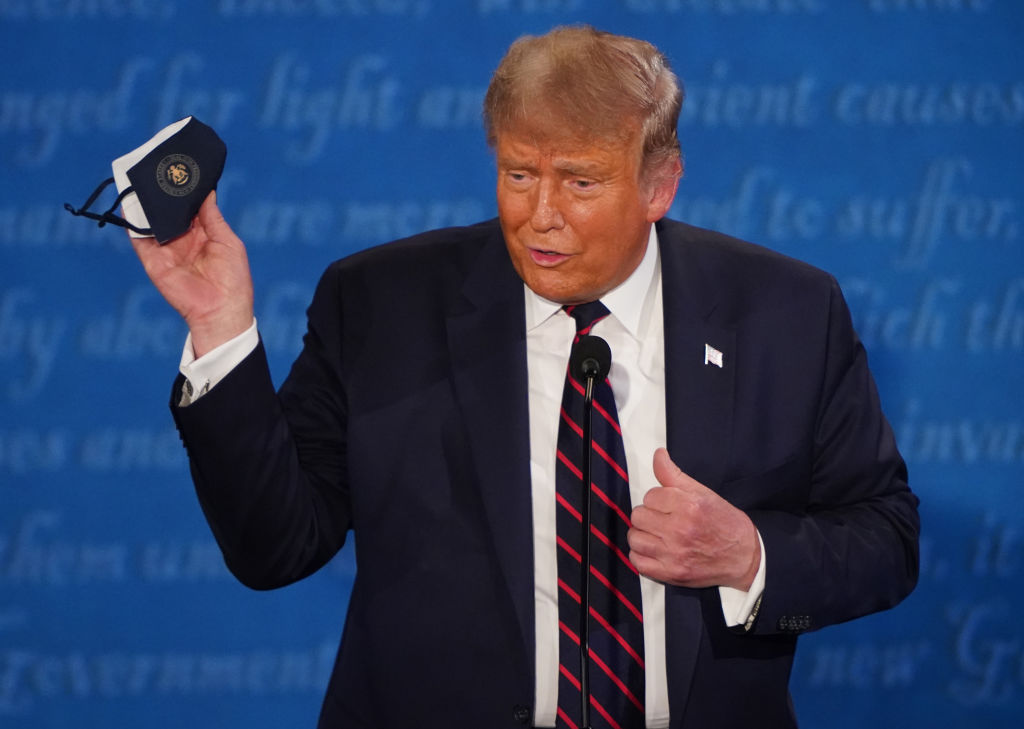 The United States recorded more than 7.2 millions COVID-19 cases with 207,771 deaths nationwide as of Thursday evening, according to the latest tally from Johns Hopkins University. Both numbers are the largest among countries in the world. However, Trump repeatedly claimed that the U.S. outperformed other countries in fighting the virus.

Democratic presidential nominee Joe Biden has lambasted Trump for not having a clear national plan to tackle the pandemic.