U.S. oil producers on pace for most bankruptcies since last oil downturn
CGTN 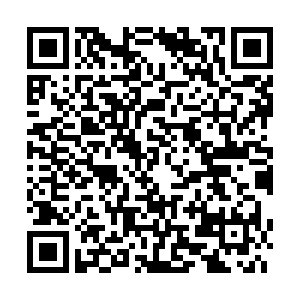 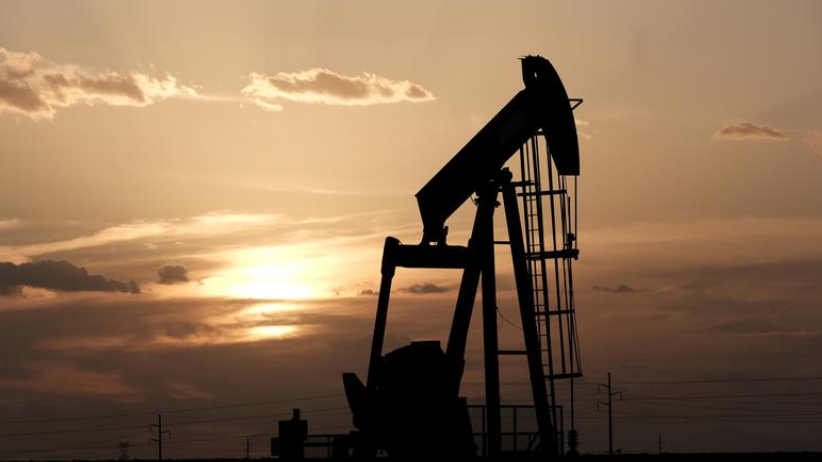 Oasis Petroleum Inc and Lonestar Resources US Inc's bankruptcy filings are the latest in a slew of restructurings that put the country's oil and gas producers on track for their biggest year of bankruptcies since the 2016 shale downturn.

Thirty-six producers with 51 billion U.S. dollars in debt filed for bankruptcy protection in the first eight months of the year, according to law firm Haynes and Boone. The coronavirus pandemic crushed fuel demand and left debt-laden producers without access to credit.

The number of companies filing still lags 2016, when 70 companies filed for bankruptcy. However, those firms were generally smaller and left a total of $56 billion in debt.

Oil and gas producer bankruptcies on track for most since 2016: 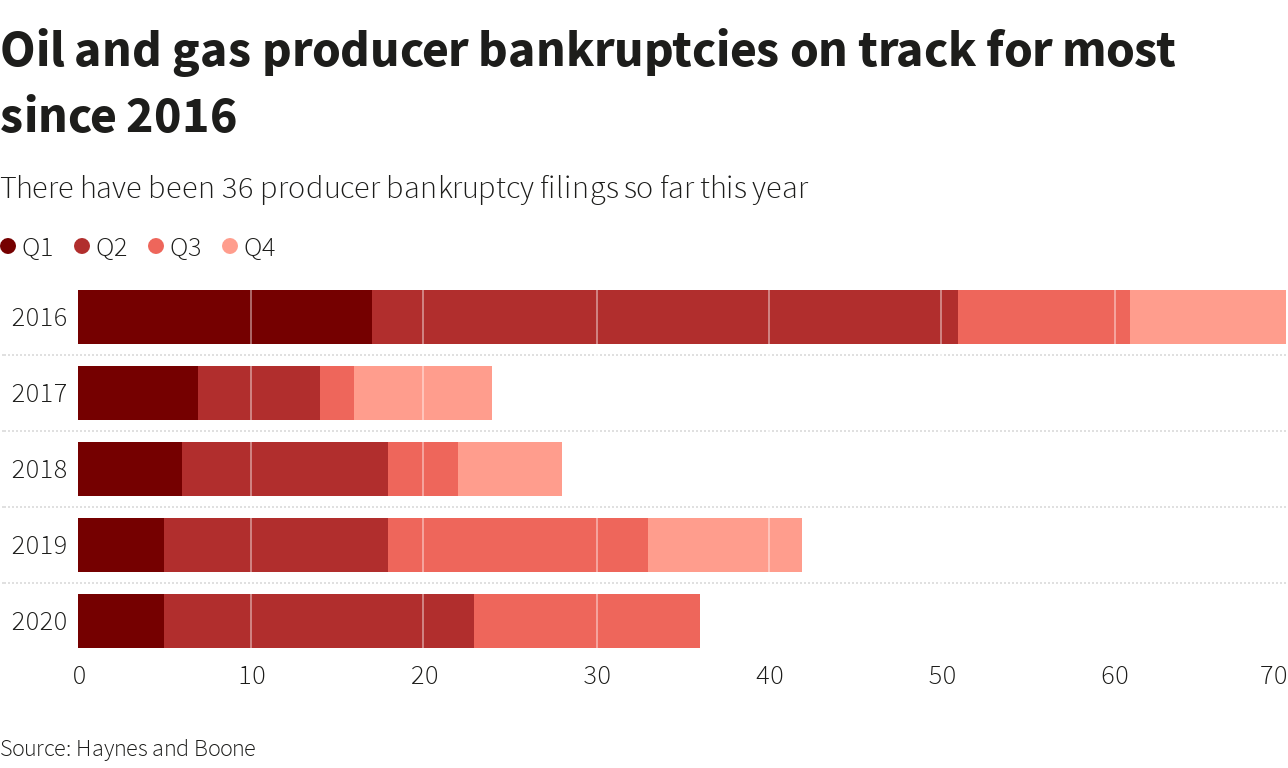 The United States grew to become the world's largest oil producer at nearly 13 million barrels per day (bpd), led by shale companies. However, those companies, in order to maintain high levels of production, need to keep drilling new wells to offset the swift decline rates from each site. Many shale producers took on heavy debt to finance their operations.

Despite the industry's growth, investor returns have been weak for years, and share prices struggled even as the broader Standard & Poor's 500 stock index set ever-higher records.

"It is reasonable to expect that a substantial number of producers will continue to seek protection from creditors in bankruptcy before this year is over," Haynes and Boone said in its bankruptcy report.

Oasis, which operates in the Bakken formation of North Dakota and Permian in Texas, announced the news on Wednesday. Lonestar said it was going to file for bankruptcy on Thursday.

Largest oil and gas bankruptcies in 2020 by total debt: 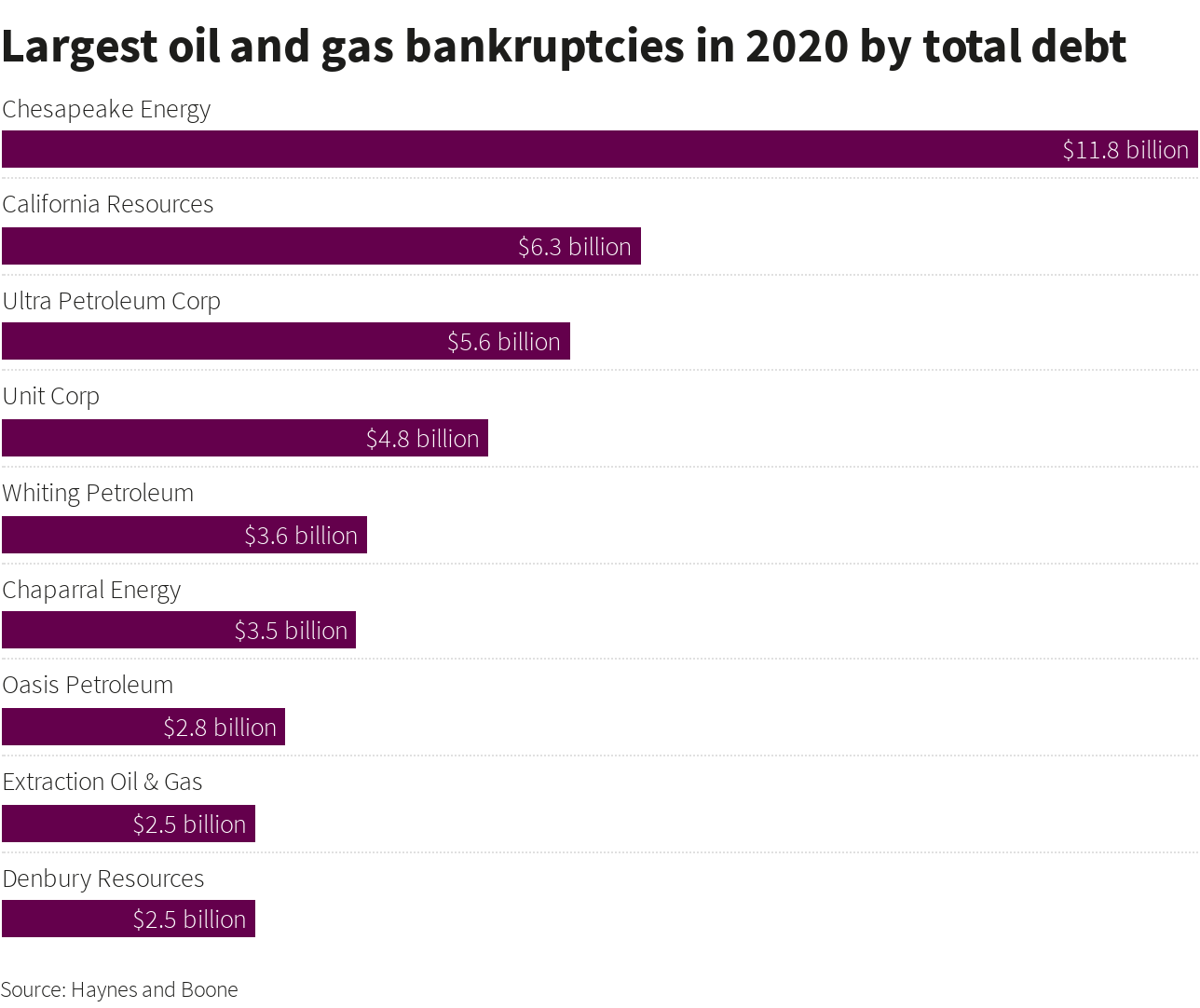 The coronavirus pandemic caused fuel demand to slump by one-third globally. Prices have recovered to roughly 40 dollars per barrel but that is still not considered high enough to keep many companies afloat.

There were more U.S. crude producer bankruptcies in the second quarter than in any period since 2016, and without a continued recovery in the oil price, more are expected, said Chris Duncan, research analyst at Brandes Investment Partners, which has 18 billion dollars in assets under management.

In addition to oil producers filing for bankruptcy protection, 37 oilfield service companies have also filed, the Haynes and Boone said. 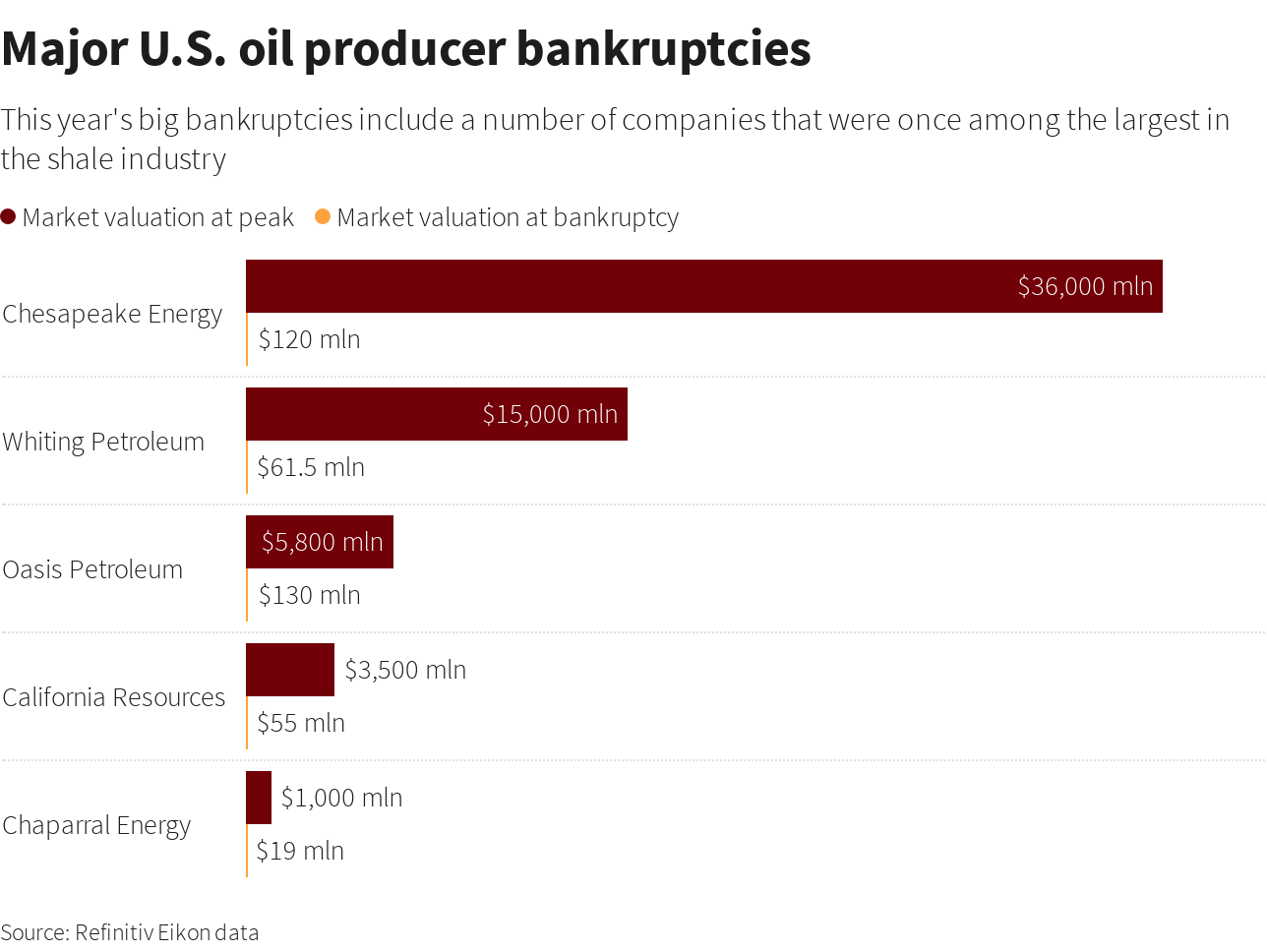