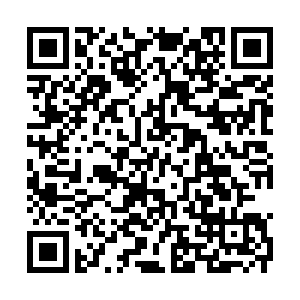 'Sidelines' is a column from CGTN's Social Media Desk

If Plato were still alive and had watched the first presidential debate between Donald Trump and Joe Biden, he might call the two a pair of poets.

Mind that neither the sitting President of the United States nor the Democratic candidate had spoken particularly poetically when crossing swords during the televised event on Tuesday. What had occurred could not be more to the contrary.

In Plato's eyes, a poet could be a controversial title to hold – rhetoricians who appeal to as large an audience as possible for reputation and influence. Minced words of this kind "mustn't be taken seriously as a serious thing laying hold of truth", Plato, through Socrates's voice, derides in The Republic.

For the antique Greek writer, a philosopher is the opposite of a poet. Instead of making things up to seek favor, a philosopher searches for truth and persuades on its behalf, of which a "philosopher king" is a 2.0 edition: a reliable, modest ruler loving both wisdom as well as intelligence.

Plato's ideal world, where people all have their lives preordained, may not be very pleasant to inhabit after all. But the philosopher's poet-philosopher comparison can be adapted for modern political analysis: showmanship Vs. statesmanship. A televised debate might have been perceived to demonstrate the latter, but never fails to flatter the former.

The United States saw its first presidential debate broadcast in 1960. The rivalry was between John F. Kennedy, the Democratic nominee, and Vice President and Republican nominee Richard Nixon. The more TV-savvy JFK came out of the history-making show on top, as far as the pair's on-screen performance was concerned. Before arriving at the studio in Chicago, Nixon, worn out by campaign activities, looked like being "embalmed before he even died", reportedly commented then Chicago Mayor Richard Daley.

In rallying as many viewers as possible, TV producers find the presidentially ambitious a natural ally. The construction of a persona on TV to impress voters is a common strategy. So is shredding your opponent's staged character into pieces.

A "legendary comeback" occurred in 1988 during a vice-presidential debate. The Republican Senator Dan Quayle was selected by the then incumbent vice-president and Republican presidential candidate George Bush as his running mate despite being seen as too inexperienced for the ticket. Quayle tried to pre-empt any ambush on the issue by likening himself to JFK during the debate with Lloyd Bentsen, his Democrat counterpart, only landing in a disastrous castigation from the latter:

For Plato also writes with poetic devices, what he might genuinely frown upon isn't as many poems as the catchy but hollow words that often give poetry a bad name, much like clever punchlines that tend to crowd out serious discussions. In the kind of noise that followed "you'd be in jail" or "you are a racist", political analyses of the debater's policy orientation are often at the risk of being drowned.

During one of the most decisive political debates of U.S. history, three of the country's founding fathers, Alexander Hamilton, James Madison, and John Jay, defended their proposed Constitution with what's now commonly known as the Federalist Paper. TV wasn't there yet when the articles were published in succession. Luckily for them, maybe?

Aware that styles matter, Hamilton quotes a poet – might to the disapproval of Plato – on the subject of "The Mode of Electing the President" to advance his position:

"For forms of government let fools contest — That which is best administered is best." (by Alexander Pope)

Following the verse, the statesman continues: "…yet we may safely pronounce, that the true test of a good government is its aptitude and tendency to produce a good administration."

A Platonic poet may struggle to become a real statesman. But a true statesman surely knows his poetry by heart.