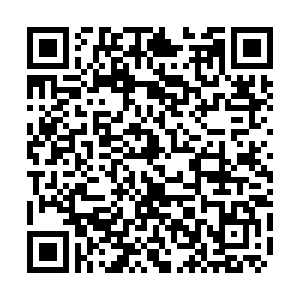 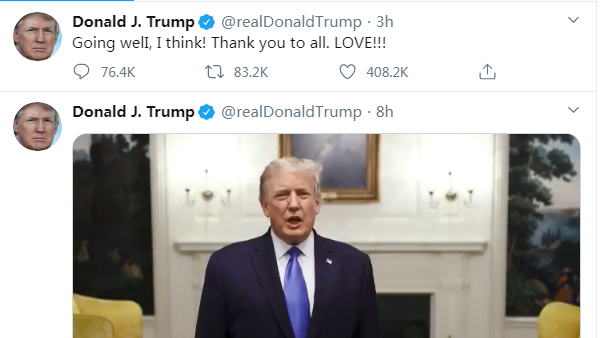 Facebook, Twitter, and TikTok announced they will remove contents wishing or hoping for Donald Trump's death after the U.S. President tweeted he and the First Lady tested positive for coronavirus on Friday.

Twitter, the main battleground for the President, first confirmed to U.S. media Motherboard that users are not allowed to openly write about hoping for Trump's death on the platform and that tweets that do so, "will have to be removed," adding they may have their accounts put into a "read only" mode.

After the story helping clarify Twitter's stance was shared by the author on his own Twitter, a Facebook spokesperson retweeted with quotes saying they are also removing death threats or content targeted directly at the president that wishes him death, including comments on his posts or his page - in addition to content tagging him. 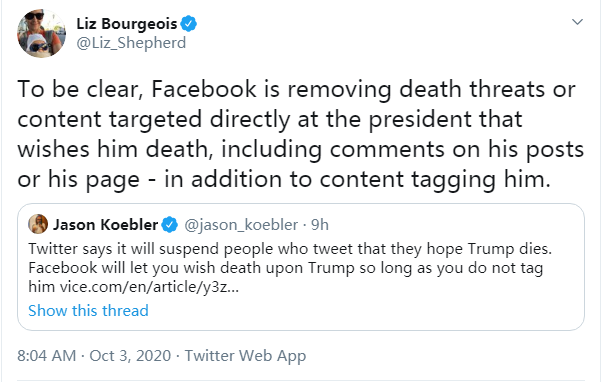 Meanwhile the Chinese video-sharing app TikTok, who is in the eye of the storm of a new round China-U.S. trade war, told NPR that cheering on Trump's death would be in violation of the short-form video app's community guidelines, saying content longing for Trump's demise "would be a violation of our community guidelines and removed if we find that."

Except for the death curses, misinformation, rumors, conspiracy theories around U.S. leaders are also spreading like virus on social medial platforms.

Posts like Democrats might have somehow intentionally infected the president with COVID-19, and the president was faking his illness have been shared tens of thousands of times over the last two days.

About 10,000 of those retweets falsely claimed hydroxychloroquine, an unproven drug which has also been touted by the president himself as a treatment for COVID-19, is being used on the president, according to an analysis by VineSight, a tech company that tracks online misinformation.

In mid-May, President Trump claimed he'd been following his own advice of taking the drug after he urged people to give a try of the treatment a month back. "What do you have to lose? Take it," he tweeted on April 3.

Each comment resulted in big spikes in social media chatter about the drug, according to data from online monitoring tool CrowdTangle. Overdoses of the drug are rare, but the anxiety produced by the pandemic has driven people to extreme measures.

"This is both a political crisis weeks before the election and also a health crisis; it's a perfect storm," Alexandra Cirone, an assistant professor at Cornell University, who studies the effect of misinformation on government, told AP.

The World Health Organization (WHO) has previously said that the "infodemic" surrounding COVID-19 spread just as quickly as the virus itself, with conspiracy theories, rumors, and cultural stigma all contributing to deaths and injuries.

Experts interviewed by a Canadian news website say people are predisposed to believing in things that are not true, mainly because we are incapable of knowing the truth about everything at a time when government and health authorities across the world are constantly adjusting their responses to the pandemic, introducing new policies to prevent it from spreading.