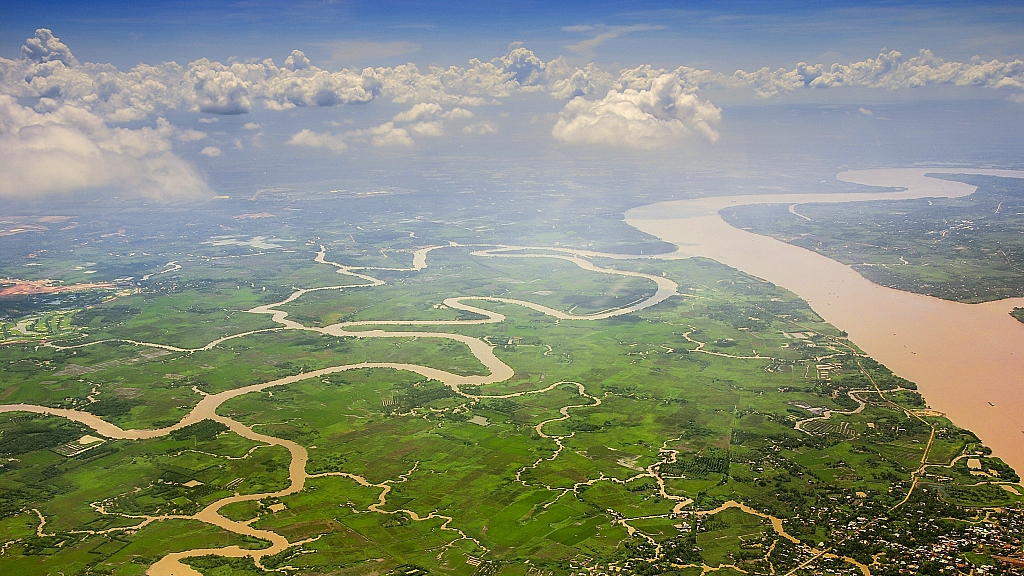 As the seventh longest river in Asia, the Lancang River is a major trade route between China and Southeast Asia. During the rainy season, the section of the river in Xishuangbanna in southwest China's Yunnan Province bisects into two different colors. On the one side, the water is clear and green and on the other muddy and yellow.