Trump's hospitalized with COVID-19. What next?
By Wang Xiaonan 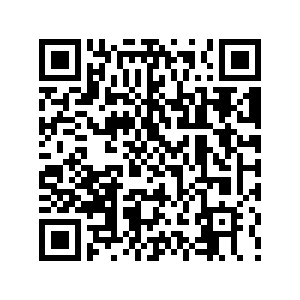 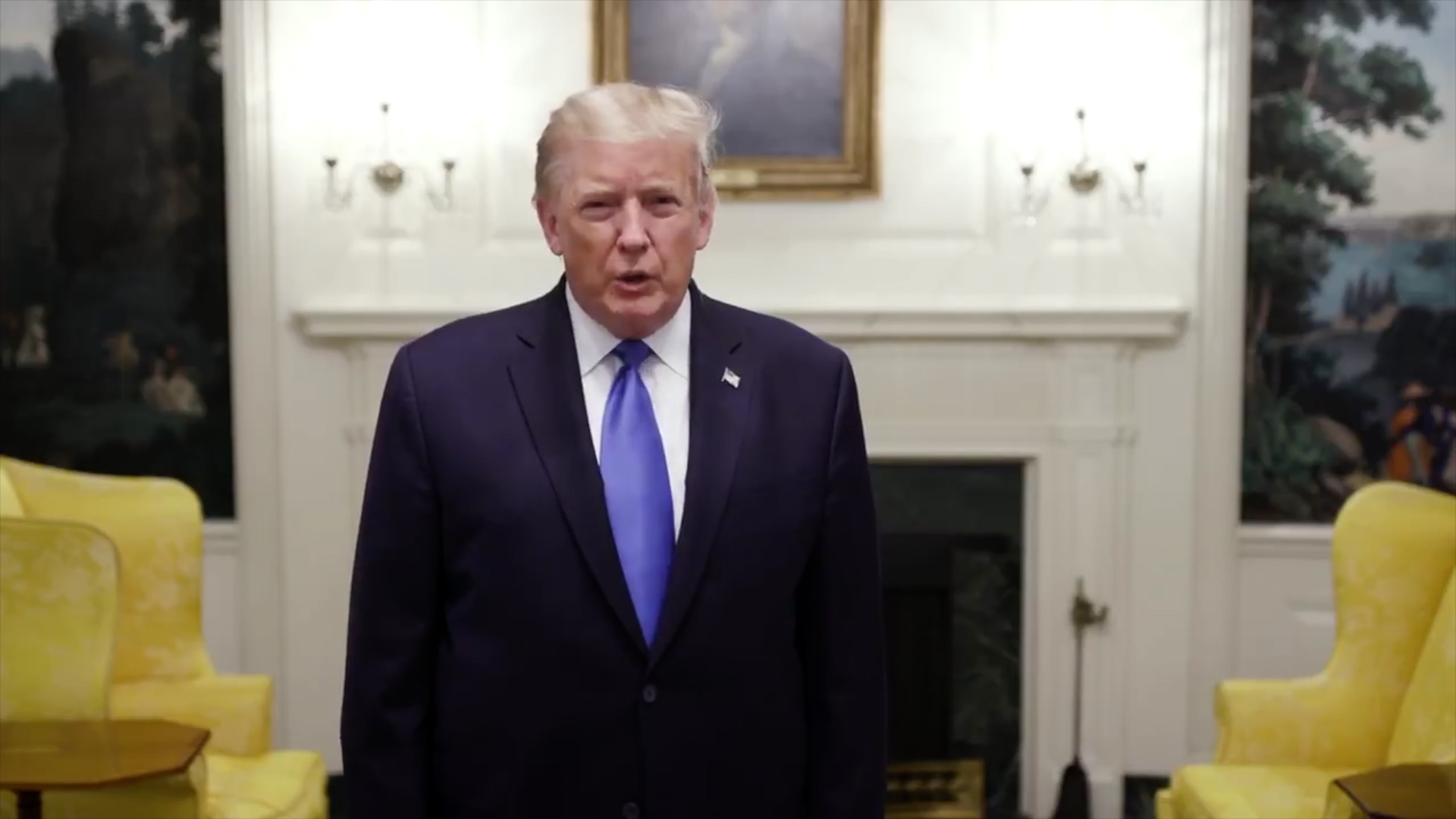 Even though it's only the beginning of October, the biggest surprise of the month most likely came early. U.S. President Donald Trump tweeted after midnight local time on October 2 that he and the first lady tested positive for COVID-19. Besides shocking the world, the situation has many questioning how Trump's campaign will play out a month before election day, questions of succession should he be unable to govern, and how this bodes for Biden.

How does Trump's hospitalization affect the presidential campaign?

Trump has to delay the rallies that he's obsessed with, if he takes two weeks off at minimum. He most likely won't be able to attend the next two debates that had been scheduled for October 15 and 22.

But the key lies in the severity of his illness. Latest news has it that the president will spend a "few days" at Walter Reed National Military Medical Center.

If he continues with only mild symptoms accompanied by low fever and fatigue, that may not affect his presidential prospects much. If things take a bad turn for Trump's health, Washington would descend into greater chaos as is the order of the day.

Nonetheless, Trump's hospitalization may not necessarily be political poison. "That could be a boon for him because public attention has now diverted from who will be the next president to the safety of the incumbent president," Diao Daming, a long-time observer of U.S. politics and associate professor of international relations at Renmin University of China, told CGTN.

He might get more sympathy votes from contracting the coronavirus, either consolidating his voter base or gaining more swing voters, according to Diao. But it remains unclear whether he can overcome the voter tilt toward his rival Joe Biden after the first debate.

Plus, Biden will probably downplay his rhetoric against Trump. Both sides will likely cease campaign crossfire for now. 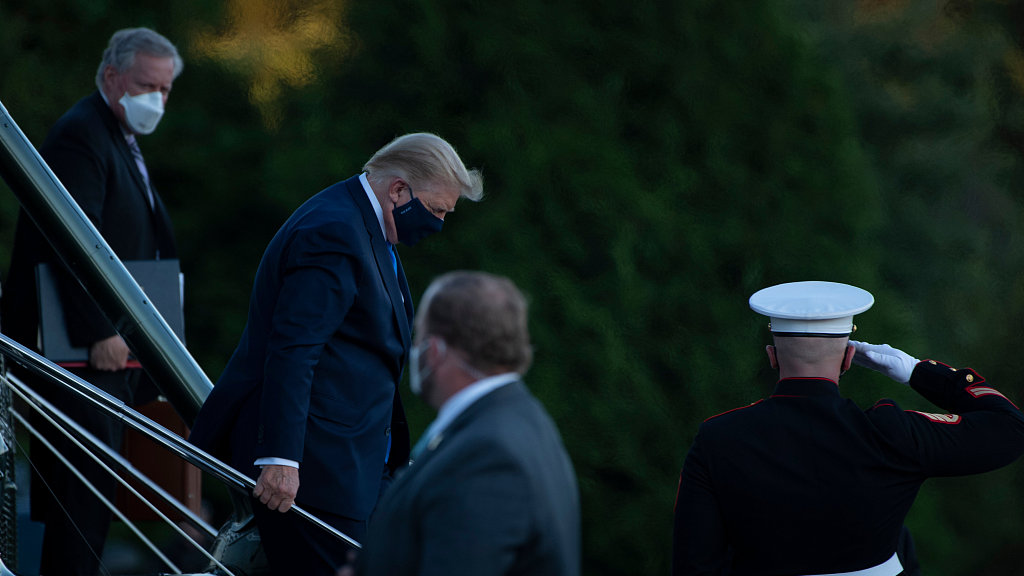 Trump arrives at Walter Reed military hospital after being flown in his helicopter as a precautionary measure, October 3, 2020. /VCG

Trump arrives at Walter Reed military hospital after being flown in his helicopter as a precautionary measure, October 3, 2020. /VCG

What if Trump's conditions worsen?

"I think I'm doing very well," the president said in a video posted to Twitter before he was flown to the military hospital, where he usually has his annual check-up. But he is 74 years old, overweight with high cholesterol and a mild heart problem, all of which put him at greater risk.

If his conditions worsen, the presidential succession becomes a pertinent question. Though the 25th Amendment of the U.S. Constitution states that the vice president should succeed the president should the latter be removed from office or die, what comes after is specified by the Presidential Succession Act, enacted in 1947. The law states that after the Vice President (Mike Pence), the Speaker of the House (currently Nancy Pelosi) would follow, then the president pro tempore of the Senate (Charles E. Grassley).

If Trump becomes too sick to carry out his presidential duties, he could have Pence become Acting President. However, if both Trump and Pence are temporarily unable to serve yet are still in office, the law is unclear on what should happen next.

Read more: This is who would be president under the U.S. line of succession

Will the election be postponed?

If Trump is unable to run as the nominee, then the Republican Party would have to find a new candidate to run in his place. Yet, with only a month left until election day, things will be rushed should this scenario pan out.

Even if Trump wanted to delay the election, he would be unable to do so without trying to change a law from 1845 that states that it must be held on the first Tuesday after the first Monday in November. "The election itself is in the Constitution," said James Rae, professor of politics at California State University, during an interview with CGTN.

Trying to push legislation through Congress with little time left is next to impossible. That's the playbook. 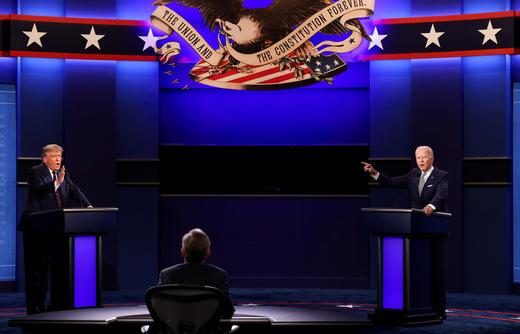 How does Trump's election prospects look so far?

The occurrence of a force majeure will hardly turn the odds in Trump's favor, who fell behind Biden by six to seven points after the first debate, the latest polls show. The Democratic candidate for president is gaining momentum among Latino voters, especially in perennially red-state Arizona. Wisconsin, the reliable Democratic stronghold, which Trump captured four years ago with his slogan – "The forgotten men and women of our country will be forgotten no longer" on the Rust Belt – leaned toward Biden this time. In southern U.S. states, like Texas and Florida, voters expressed discontent with Trump in handling the pandemic.

Recent polls point to a close race in these battleground states. But even sympathy votes might not be enough to turn things around for Trump, both Diao and Rae held.

Are there historical cases we can refer to?

Four U.S. presidents have died of illnesses while in office. William Henry Harrison, the ninth president, served only a month in office, the shortest period in U.S. history. He had contracted what was thought to be pneumonia after giving a long inauguration speech in cold, wet weather, according to James Rae.

The 12th president Zachary Taylor lasted a bit longer, dying one year after being elected from cholera.

Woodrow Wilson came down with the Spanish flu, the previous great pandemic, in April 1909 and then died of a stroke six months later, The National Geographic wrote.

After that, Warren G. Harding died of a heart attack in 1923.

Another four presidents died in office, but they were assassinated.