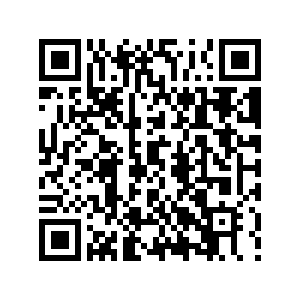 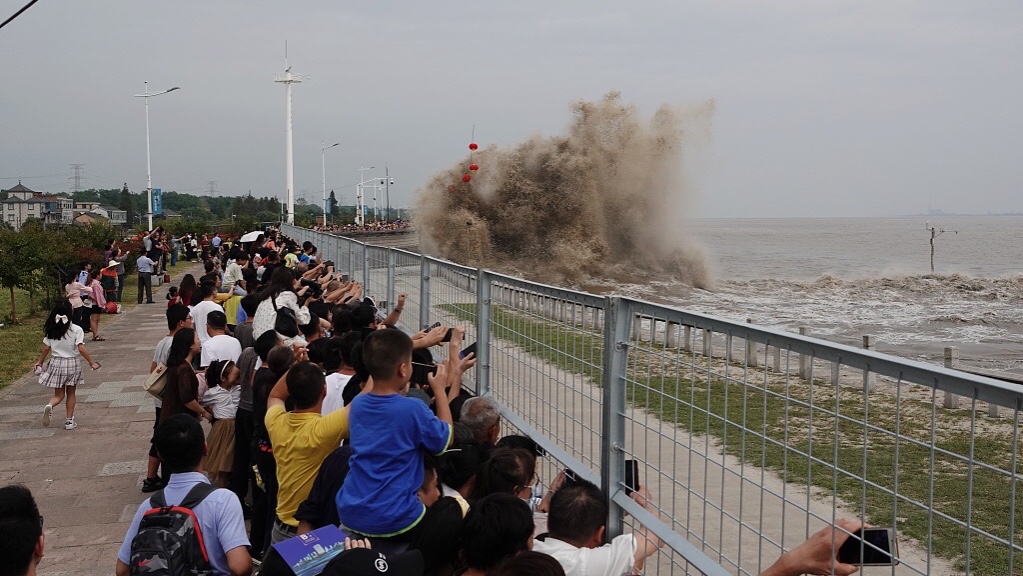 A spectacular tidal bore on the Qiantang River in east China's Zhejiang Province attracted a large number of tourists from across the country on Saturday, the third day of the eight-day break for National Day and Mid-Autumn Festival.

The bore traveled 55 kilometers from the East China Sea to reach Daquekou, one of the best viewing points for tidal bores on the river.

At noon, the tide reached Yanguan Town where it evolved into a one-line tidal bore, inspiring tourists to snap pictures with their smartphones.

The tidal bore is caused by the gravitational pull of the stars and planets. The centrifugal force produced by the rotation of the earth and by the trumpet shape of Hangzhou Bay in Zhejiang makes it easy for the tide to come in, but difficult for it to ebb.

Qiantang River is known for the world's largest tidal bore, which is locally called the Silver Dragon.

The best time of year to see the Qiantang tidal bore is midway through the eighth month on the Chinese lunar calendar, often during the Mid-Autumn Festival.

Zhejiang has made continuous efforts to strengthen the riverbank as defenses to the possibly destructive tides since ancient times.

A centuries-old seawall in Haining, with its solid structure and enduring bases, is known as one of the three major projects in ancient China along with the Great Wall and the Beijing-Hangzhou Grand Canal.