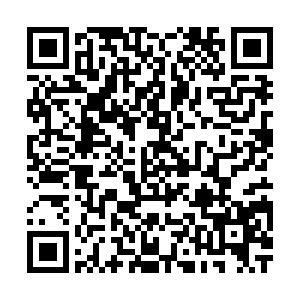 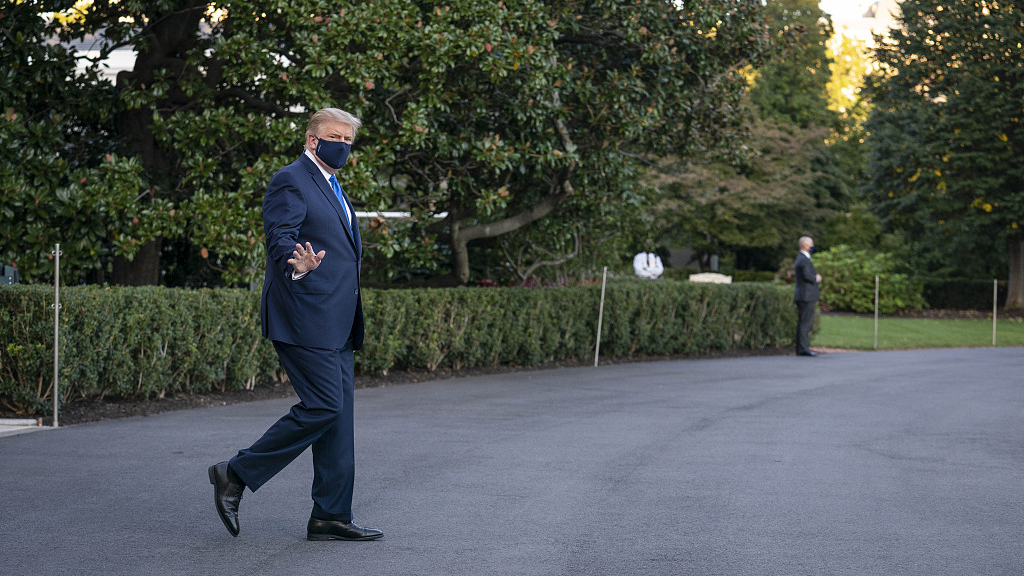 The president was seen walking slowly from the White House to a waiting helicopter to be taken to Walter Reed National Military Medical Center in Bethesda, Maryland, U.S., October 3, 2020. /CFP

The president was seen walking slowly from the White House to a waiting helicopter to be taken to Walter Reed National Military Medical Center in Bethesda, Maryland, U.S., October 3, 2020. /CFP

U.S. President Donald Trump's startling COVID-19 diagnosis serves as a cruel reminder of the pervasive spread of the coronavirus and shows how tenuous of a grip the nation has on the crisis, health experts said.

With U.S. infections rising for several weeks, Trump became one of the tens of thousands of Americans who test positive each day. He went through a "very concerning" period Friday and the next 48 hours "will be critical" in his care, White House Chief of Staff Mark Meadows said Saturday.

That differed dramatically from the rosy assessment by Trump's staff and doctors, who took pains not to reveal the president had received supplemental oxygen at the White House before he went to a military hospital. Some of Trump's top advisers and allies also have tested positive recently.

"No one is entirely out of the virus's reach, even those supposedly inside a protective bubble," said Josh Michaud, associate director of global health policy with the Kaiser Family Foundation in Washington.

The U.S. leads the world in numbers of confirmed infections, with more than 7 million, and deaths, with more than 208,000. Only a handful of countries rank higher in COVID-19 deaths per capita.

"The statistics are so mind boggling, they make us numb to the reality of just how painful, unacceptable and absurd this is," said Dr. Reed Tuckson, board chairman of the nonpartisan Health Policy Alliance in Washington. "Every single American must double down on their vigilance. If we don't, then we are being foolhardy and irresponsible." 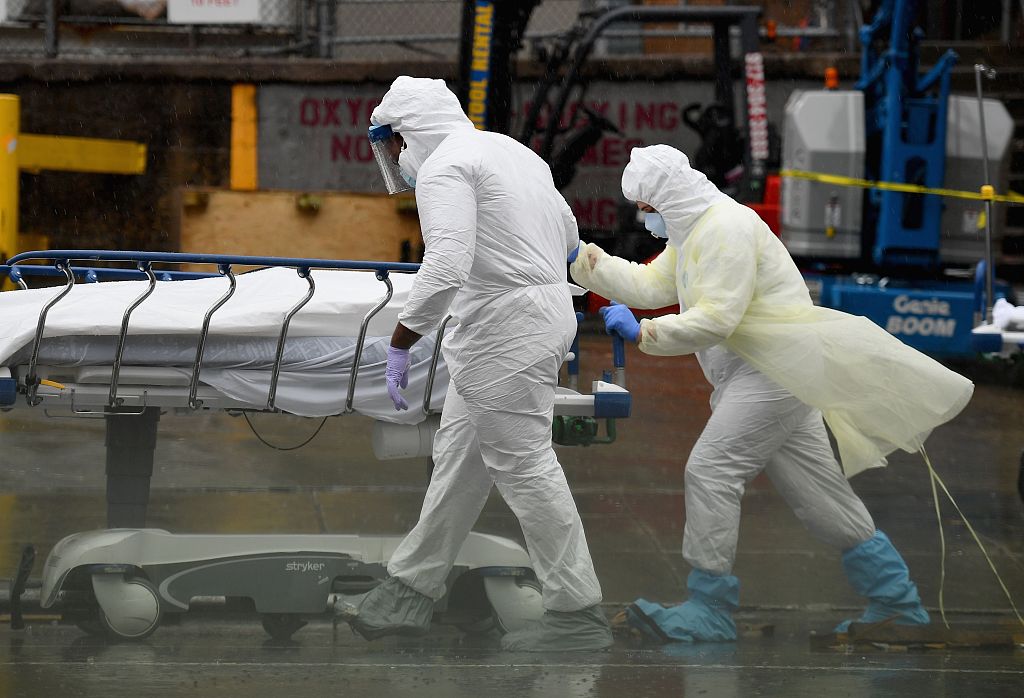 Situation across the country

The president's infection occurred as the nation has reached a crossroads in its response to the virus.

The U.S. is averaging 40,000 cases a day. The situation is improving in Sun Belt states that were hot spots in the summer, and many loosened restrictions this week.

Mississippi's governor ended a mask requirement, South Carolina's governor said he would ease capacity restrictions on restaurants and New Orleans bars got the green light to sell carry-out drinks. Florida has moved ahead with an aggressive reopening that gives bars and restaurants latitude to allow as many customers as they choose.

The outlook is gloomier in the Midwest.

Wisconsin reported a record daily death toll Wednesday, and hospitals in multiple cities said they were running out of space. A 530-bed field hospital that the U.S. Army Corps of Engineers built on the state fairgrounds in the city of West Allis in April could be used if the situation worsens.

Iowa reported more than 1,000 new cases for the third consecutive day Friday as the virus continued to aggressively spread, but the governor said bars in the two largest college towns could reopen Monday after a five-week closure. South Dakota officials reported record highs in deaths and cases Thursday.

In Missouri, several people waving Trump signs and American flags at drivers in the St. Louis suburb of St. Charles on Saturday said the president and Republican Governor Mike Parson getting infected recently won't change their behavior. Of the roughly two dozen Trump supporters who gathered, most didn't wear masks.

Vince Kuhn, a 72-year-old retiree and Vietnam War veteran, called Trump "a brave man" who likely caught the virus because he was willing to be out with people. Kuhn said he opposed restrictions like mask mandates before the president got sick and still does.

Dr. William Schaffner, an infectious diseases expert at Vanderbilt University, said Trump's diagnosis "reinforces the notion we need a national policy and we need everyone to participate in the basic prevention."

Instead, Schaffner said, the response "has been subcontracted to the governors, which has left us with a crazy quilt of approaches."

For months, Trump has downplayed the virus, rarely wearing a mask, holding large campaign rallies and urging businesses and schools to reopen. Masks have not been mandatory for White House staff, despite evidence they help stop the spread.

"Now, tragically, this experiment has shown, at the highest office of the country, it ain't working. It didn't work," Schaffner said.

Michaud said the nation is experiencing "a dangerous moment."

"We have lots of schools, universities, workplaces and other businesses and institutions reopening. Colder weather is also on the way, which will likely increase the chances people will congregate together indoors," Michaud said.

If complacency sets in, infections will rise.

"We're still not doing sufficient testing and contact tracing across the country," Michaud said. "For all these reasons, we're likely to see more transmission in the U.S., not less, in the coming weeks and months."