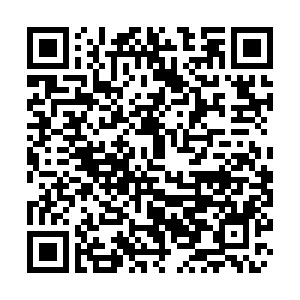 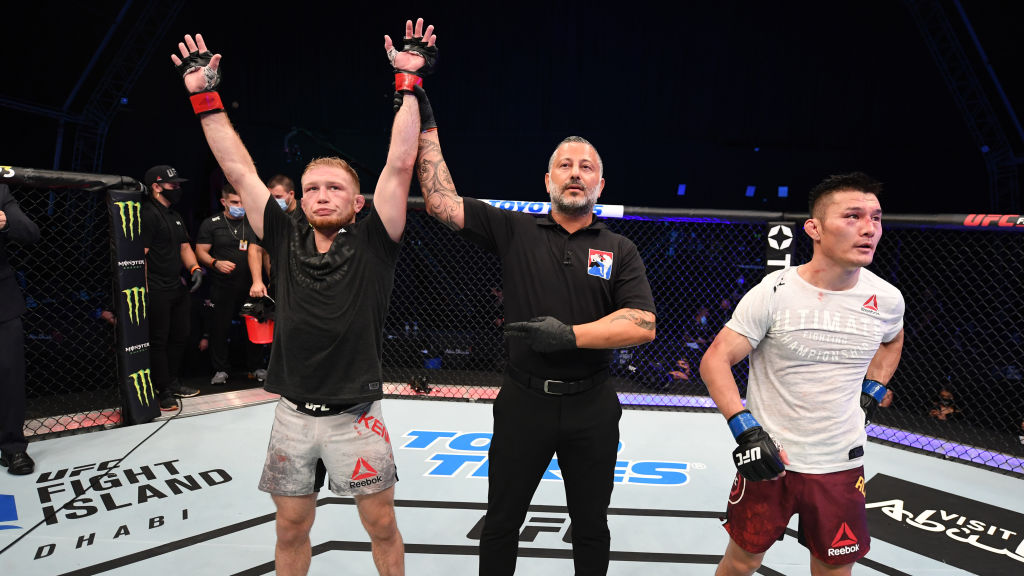 The bantamweights are known for their pace, and Round 1 felt like it was a whole fight playing on fast forward. The feeling-out process lasted barely 30 seconds before American Casey Kenney started throwing power shots. His left kicks, which he switched up every time, starting with the inside leg and then going to the body and the head, made China's Alateng Heili, the man nicknamed "The Mongolian Knight", scared to engage.

With 90 seconds remaining, Alateng was covered in red welts from head to toe, and, according to UFCstats.com, by the time the bell was rung, Kenney had landed more hits on Alateng's body and legs than Alateng had attempted on Kenney. 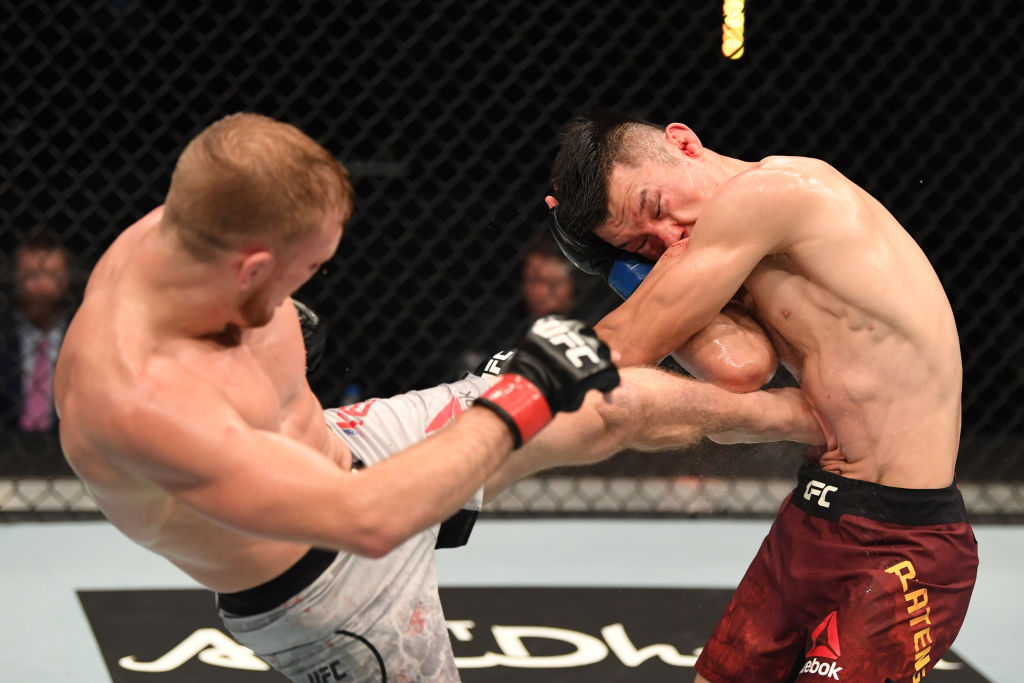 In Round 2, Kenney immediately began with a body kick and two to the head. Midway through, Kenney missed a shot and Alateng rocked him with a hook; it's a sign of how powerful Kenney is that Alateng never followed up, he flinched, afraid of taking another brutal body kick - which he inevitably did anyway. It isn't just power that Kenney has, it's speed too.

With around a minute left, the welts on Alateng's body turned to bruises and swelling. As commentator Dan Hardy said, it looked as if he was a human heavy bag that Kenney was practicing his kicks on, and even referee Kevin Sataki had to tell Alateng to begin fighting back.

In Round 3, Kenney slowed the pace. He was well aware that he'd won two rounds already and didn't want to make a mistake that could cost him the fight. Alateng, having absorbed so much damage, couldn't capitalize and was still second to the punch every time. In the final rounds of his previous UFC fights, Alateng had attempted a total of 19 takedowns, but in this whole fight, and on the receiving end of all these strikes, he didn't attempt a single one.

Casey Kenney won by a significant unanimous decision (30-25, 30-26, 30-27), really making a name for himself in the bantamweight division. For Alateng Heili, a fighter who was on a four fight win streak that included a Fight of the Night victory at UFC Shenzhen against Danaa Batgerel, this is a severe disappointment.