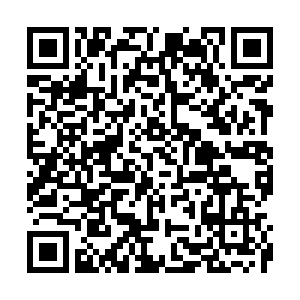 China's electric vehicle (EV) market has been experiencing a boom in the third quarter of 2020 as one after another carmakers reported new highs in monthly deliveries despite subsidy cuts and a shakeout since the pandemic struck.

XPeng Inc., a leading Chinese smart electric vehicle company, on Monday said it achieved a record month of 3,478 Smart EV deliveries in September, a 31-percent increase from August and a 145-percent increase year on year.

NIO delivered more than 12,200 vehicles in the third quarter of 2020, representing an increase of 154 percent year over year and exceeding the higher end of the company's quarterly guidance.

On the same day, Li Auto indicated that it delivered 3,504 vehicles in September, up nearly a third than the previous month and was the third consecutive month of growth. It also sent the company's third quarter delivery up 31 percent than the previous quarter, the highest quarterly result.

Although the country's total EV sales figures for September have not been released, the month, which is adjacent to China's National Day holiday in October and normally considered a high season for consumer products, is expected to generate upbeat results.

Thanks to the better-than-expected market recovery from the blow by the pandemic, China's new energy vehicle sales surged by 26 percent year on year in August. Sales of passenger vehicles also expanded by 8.9 percent last month, registering the fastest growth since May 2018.

The electric-car maker delivered 139,300 vehicles during the quarter, beating estimates of 134,720 vehicles, according to Refinitiv data.

Some 23,300 Tesla vehicles were registered in China in the months of August and July, with data from September still to come.

Sales of trucks and other commercial vehicles, which constitute around a quarter of the Chinese market, surged by 41.6 percent, driven by government investment in infrastructure and as buyers upgraded to comply with tougher emissions rules.

Xu Haidong, vice-chief engineer with the China Association of Automobile Manufacturers, said this year's auto market is expected to continue the sales trend of previous years, especially when taking into account of the Beijing Auto Show held at the end of September which will further promote automobile consumption.

"Nowadays, many local governments have also rolled out a slew of stimulus policies for new energy vehicles. We believe that in the last few months, its sales will maintain a relatively sound growth momentum."