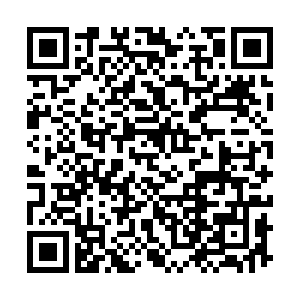 The 2020 Nobel Prize in Physiology or Medicine has been awarded to Harvey J. Alter, Michael Houghton and Charles M. Rice "for the discovery of Hepatitis C virus," the Nobel Assembly at Karolinska Institutet announced on Monday in Stockholm, Sweden.

"For the first time in history, the disease can now be cured, raising hopes of eradicating hepatitis C virus from the world population," the committee said in a statement.

Harvey J. Alter, Michael Houghton and Charles M. Rice made seminal discoveries that led to the identification of a novel virus, Hepatitis C virus, according to the committee, which helped reveal the cause of some unexplained cases of chronic hepatitis.

Considered a major global health problem, the blood-borne hepatitis has caused more than a million deaths every year around the world.

The discovery also made possible blood tests and new medicines that have saved millions of lives, the prize committee said. 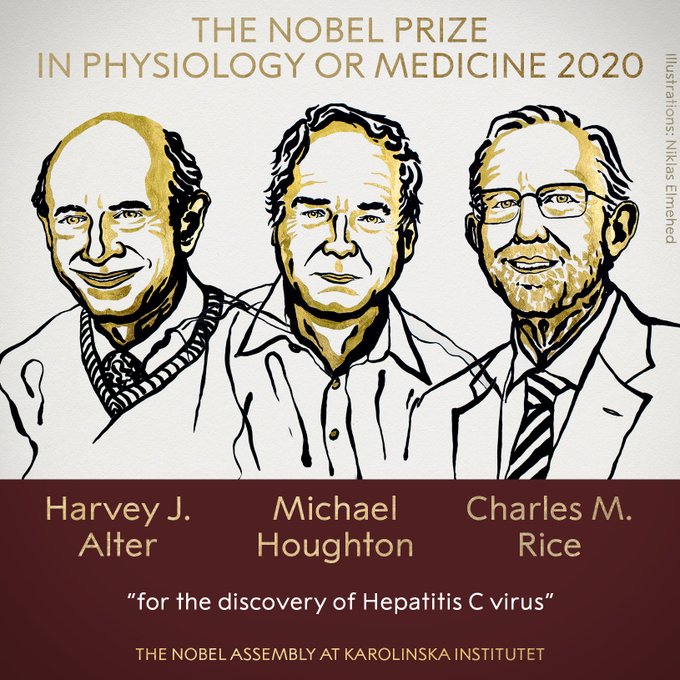 How do the three scientists split the prize?

What had been originally known were two main types of infectious hepatitis, type A, and type B. It was until 1970s that the non-A, non-B hepatitis was discovered by Harvey Alter, who was then studied blood transfusion patients at the U.S. National Institutes of Health.

Later, Michael Houghton, working for the pharmaceutical firm Chiron, undertook the arduous work needed to isolate the genetic sequence of the virus, and named the unknown virus, Hepatitis C in 1989.

Charles M. Rice was the person who provided the final evidence showing that Hepatitis C virus alone could cause hepatitis.

Born in 1935 in New York, Harvey Alter, is a senior investigator for the National Institutes of Health in Maryland. He received his medical degree at the University of Rochester Medical School, and trained in internal medicine at Strong Memorial Hospital and at the University Hospitals of Seattle.

Michael Houghton is a British scientist, and currently a Canada Excellence Research Chair in Virology and the Li Ka Shing Professor of Virology at the University of Alberta.

The committee has reached out two of the three newly awarded laureates for their phone interviews. Professor Charles Rice sent his first ever selfie right after hearing he had been awarded this year's Nobel in Physiology or Medicine. The photo now is being widely shared on Twitter. 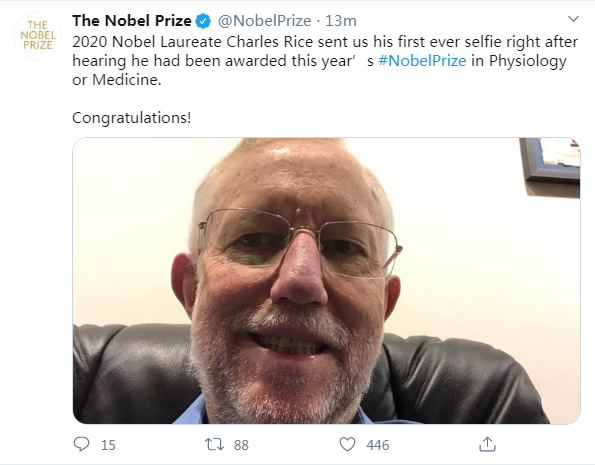 The other is Harvey J. Alter, who told the committee that to see so many people get cured is astounding.

There will be no traditional Nobel Awarding Ceremony in Stockholm this year due to the coronavirus pandemic.