WHO: 1 in 10 people may have COVID-19 as world heads into 'difficult period'
CGTN 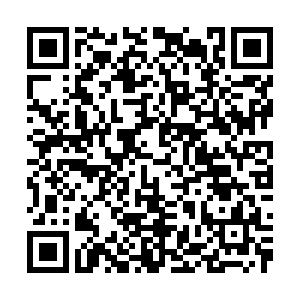 Roughly one in 10 people may have been infected with the novel coronavirus, leaving the vast majority of the world's population vulnerable to the related COVID-19 disease, the World Health Organization (WHO) said on Monday.

Mike Ryan, WHO's top emergency expert, told the agency's executive board that outbreaks were surging in parts of southeast Asia and that cases and deaths were on the rise in parts of Europe and the eastern Mediterranean region.

"Our current best estimates tell us about 10 percent of the global population may have been infected by this virus. It varies depending on country, it varies from urban to rural, it varies depending on groups. But what it does mean is that the vast majority of the world remains at risk," Ryan said. "We are now heading into a difficult period. The disease continues to spread."

Overall, he said the world was “heading into a difficult period ... The disease continues to spread. It is on the rise in many parts of the world,” Ryan told attendees from governments who make up the executive board and provide much of WHO's funding.

The estimate – which would amount to more than 760 million people based on a current world population of about 7.6 billion – far outstrips the number of confirmed cases as tallied by both the WHO and Johns Hopkins University, now more than 35 million worldwide. Experts have long said that the number of confirmed cases greatly undershoots the true figure.

Ryan did not elaborate on the estimate. Dr. Margaret Harris, a WHO spokeswoman, said it was based on an average of antibody studies conducted around the world. She said the estimated 90 percent of people remaining without infection means the virus has “opportunity” to spread further “if we don’t take action to stop it” such as by contact-tracing and tracking of cases by health officials.

Over half of global cases in U.S., Brazil, and India

The number of global confirmed cases has topped 35 million, of which more than half the cases are from three countries – the U.S., Brazil, and India, WHO chief Tedros Adhanom Ghebreyesus pointed out.

According to data from the WHO, confirmed cases in the three countries reached 7.3 million, 6.6 million and 4.9 million respectively as of Monday (Oct. 5).

Screenshot from the WHO Coronavirus Disease (COVID-19) Dashboard.

Screenshot from the WHO Coronavirus Disease (COVID-19) Dashboard.

“What we have learned in every region of the world is that with strong leadership, clear and comprehensive strategies, consistent communication, and engaged, empowered and enabled population, it's never too late ... Every situation can be turned around – and hard-won gains can be easily lost,” he said.

“The pandemic underlines the fundamental importance of investing in public health and primary health care,” said Tedros, wearing a stylish black, red and yellow mask. Tedros had not worn a mask during scores of COVID-19 press conferences he led at WHO headquarters this year.

The comments came during a special session of the executive board to consider the follow-up to its previous meeting, in May, that passed a resolution to look into the world's – and WHO's – response to the pandemic, among other things.

The two-day meeting is the first by the executive board since the Trump administration set off a one-year countdown this summer toward pulling the United States out of the WHO next July.