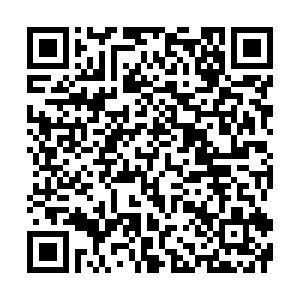 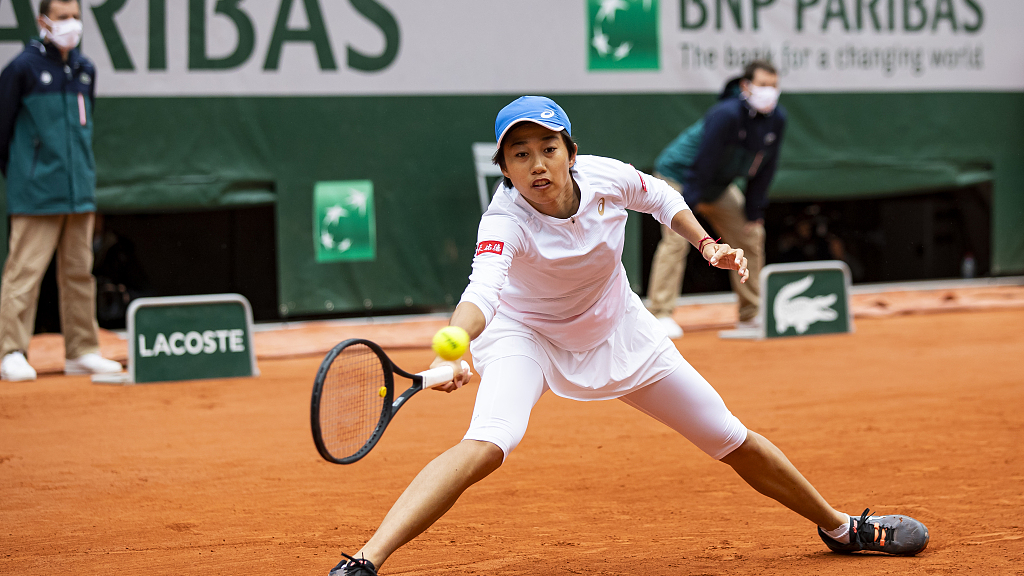 Chinese tennis ace Zhang Shuai's amazing run at the French Open came to a halt as two-time Wimbledon champion Petra Kvitova proved too strong in her 6-2 6-4 victory on Monday.

Still, Zhang made her best ever run at Roland Garros, reaching the fourth round here for the first time ever.

Having yet to drop a single set in the previous three rounds, Zhang stormed her way into the fourth round with the hope of reaching her third ever Grand Slam quarterfinals.

However, the world No. 39 Zhang just appeared unable to fend off Kvitova's superior firepower from the start as she lost her first two serve games to trail behind 0-4 in a mere 15 minutes on Court Philippe Chatrier. 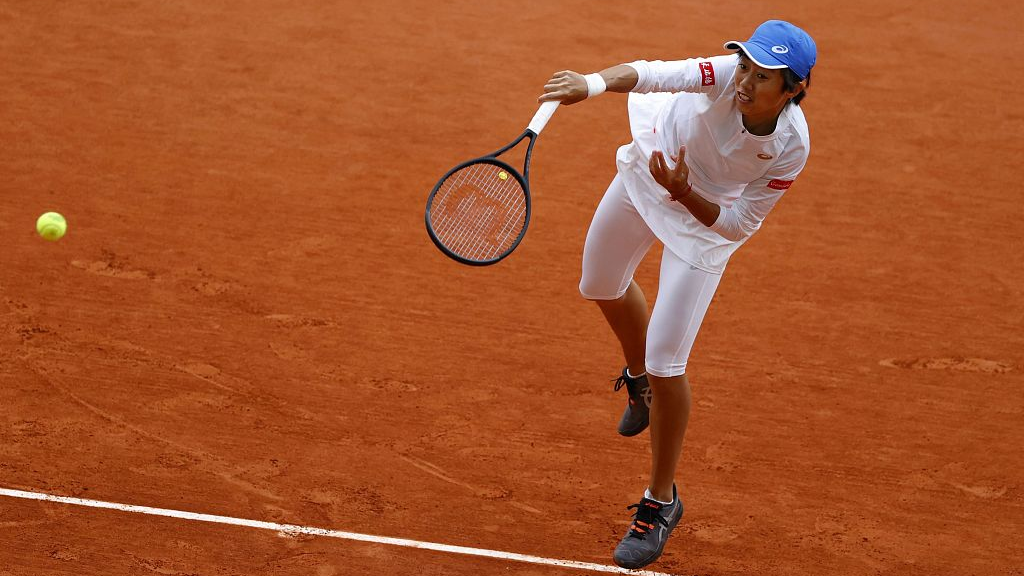 China's Zhang Shuai serves the ball to Czech Republic's Petra Kvitova during their women's singles fourth round tennis match on day 9 of the 2020 French Open in Paris, October 5, 2020. /VCG

China's Zhang Shuai serves the ball to Czech Republic's Petra Kvitova during their women's singles fourth round tennis match on day 9 of the 2020 French Open in Paris, October 5, 2020. /VCG

Zhang finally saved her serve on the third attempt and pulled through to save two set points to make it 5-2 before she took a medical time out.

However, the seventh seed Kvitova continued her aggressive play, wrapping up the first set and getting an early lead in the second set.

Zhang seized the opportunity as Kvitova's error-count increased to win two straight games but failed to turn the tide as the Czech left-hander regained her focus to seal victory with a love service hold.

Despite the defeat, Zhang still had an amazing run at Roland Garros and became the first Chinese player to get this far since Li Na in 2012.

(Cover image: Zhang Shuai hits a forehand against Petra Kvitova in the fourth round of the women's singles at Roland Garros in Paris, October 5, 2020. /VCG)