Does the West have a monopoly on human rights?
Keith Lamb 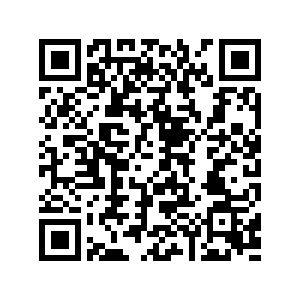 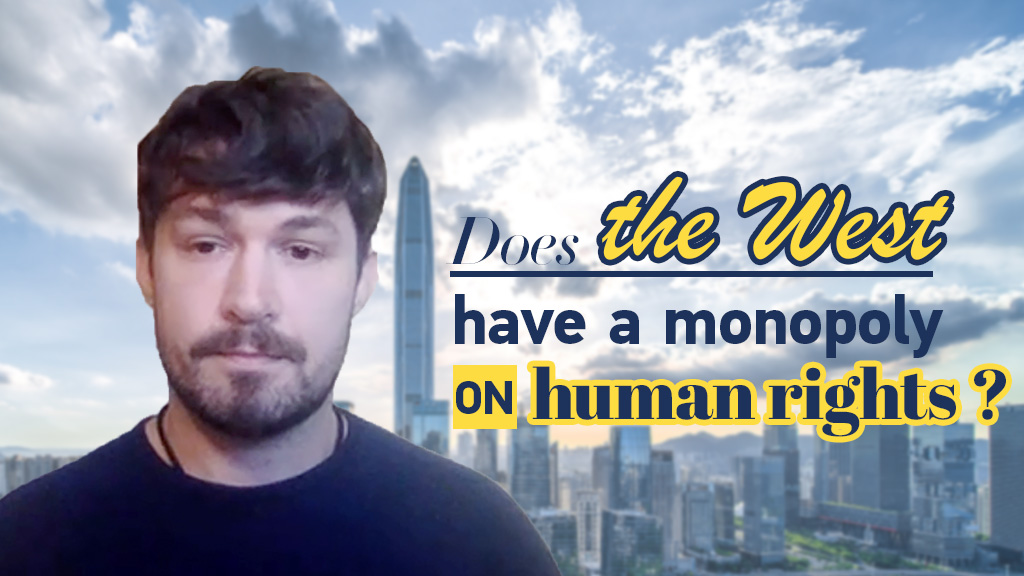 Editor's note: On October 5 and 6, the UN Human Rights Council takes action on decisions and resolutions before concluding their 45th session. The human rights issue has always been a bone of contention between China and the West. Keith Lamb, an independent researcher with an MSc degree in Contemporary Chinese Studies at the University of Oxford and another in International Relations from Staffordshire University, shares his take on the issue. Opinions expressed in the video are his and not necessarily those of CGTN.

CGTN: China has often been criticized by the West over the human rights issue. What do you think about these tensions?

Keith Lamb: I think we have to look at what developing countries' priorities are. So we're looking at the majority of the world – Africa, South America, and much of Asia. Now, their concept of human rights and developmental human rights, which is the right to escape poverty, which is the right to having a full belly, a roof over your head, and to not be cold, to have education. In that respect, there's no country that has done more (than China). Eight-hundred million people have been lifted out of poverty, it's unprecedented.

Now, can China do better? Of course it can. And if you watch Chinese media and if you speak to Chinese citizens as well, they're always saying, we want to have a better life. We want to be more developed. We want to improve the living conditions of our people.

The problem is, I think Western countries actually don't... We're very bad at sort of putting ourselves in other people's places. What are the rights of a developing country? Because we think we developed. But actually when I look at Britain now and my trips to America, I see a lot of homelessness. I sometimes think this sort of arrogance that we have the monopoly over human rights has stopped ourselves from improving our life and taking a good look at our societies. So I think in these things in developmental rights, I think China is doing an excellent job.

I think the West needs to be a bit more cognizant of where their troubles are and what the priorities of others are.

CGTN: The West has repeatedly called out China for so-called human rights abuses in Xinjiang. What do you think of the situation in Xinjiang?

Lamb: The real situation in Xinjiang, it's obviously complex. I've been to Xinjiang myself. I've got a lot of Uygur friends and I've got a lot of Han Chinese friends that live in Xinjiang as well. I think, first of all, you have to look at what the situation is in Xinjiang. And the situation is that there has been a lot of terrorism in Xinjiang. There is absolutely no doubt about that. Now we have to look, why was there this terrorism in Xinjiang? Part of the problem was a lack of development. This wasn't necessary just in Xinjiang. This was in the entire west of China. The other problem of course is Afghanistan. Afghanistan and, previously, also northern Pakistan was a recruiting ground for Jihadist terrorists. And unfortunately, in part due to poverty, a lot of Uygurs were attracted to this ideology. Now, evidently, China cannot do what America does. And contradictorily, China's terrorist problems are much worse than Europe or America.

What would Europe and America do? Well, they bomb countries. They invade them to solve these terrorist problems. And unfortunately, sometimes it comes down to trumped up human rights claims. For example, Iraq, it was a human rights war to save them. But you actually commit the worst atrocity against these people. For me, I grew up in the first and second Gulf War. I remember them quite well. I remember how in the media, for the first Gulf War, we had the stories of the killing of babies by Iraqi troops, which ended up to be a complete falsity. The weapons of mass destruction, they were false and Saddam Hussein had nothing to do with the terrorist attacks of 9/11. In fact, he was supported by the Americans up until a certain point.

For me, it's very scary looking at these reports that appear in the media and people don't seem to, in the West, they don't seem to have a memory of how we started other wars based on what I would call atrocity propaganda. And sometimes, it's completely fabricated. Sometimes it distorts the situation. Sometimes there's some truth, but it's completely magnified.

The real tragedy is when I look at human rights in the world and I think what is the worst human rights atrocity that could be committed? And it's war; it's invasion of another country. It absolutely destroys the developmental rights that these people have. It makes the place unsafe, and the amount of deaths it causes is hideous.