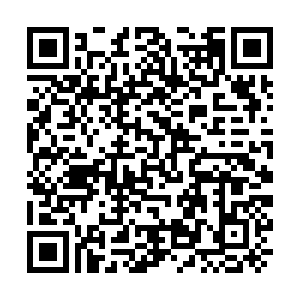 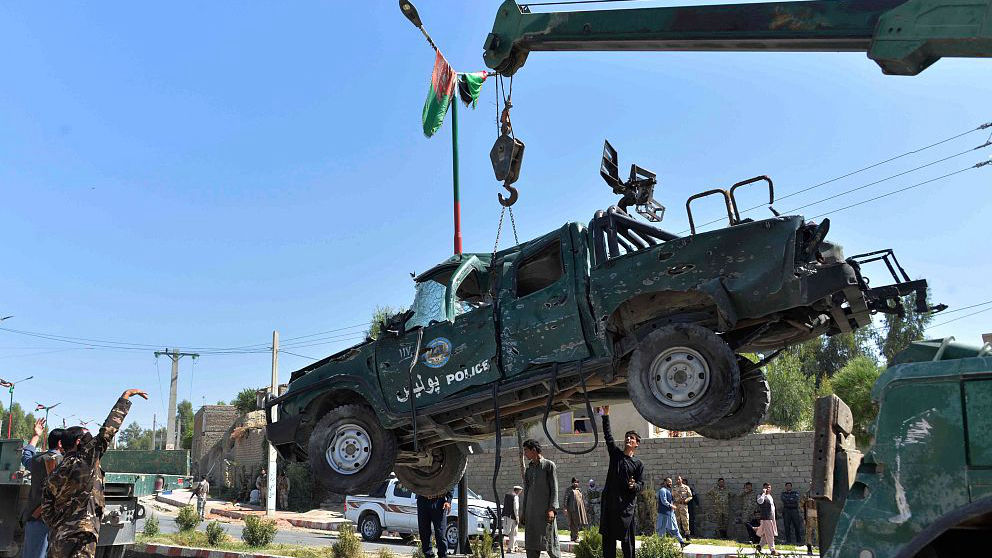 A suicide attack targeting an Afghan provincial governor killed at least eight people on Monday, officials said, as the president travelled to Qatar where slow-moving peace talks with the Taliban are taking place.

Twenty eight people were wounded when the attacker rammed his explosives-filled vehicle into the convoy of Rahmatullah Yarmal, the governor of eastern Laghman Province.

"The governor was driving to his office when his car was hit. Four of his bodyguards and four civilians were killed, 28 wounded," said the governor's spokesman Assadullah Daulatzai, adding that the governor was not hurt.

Interior Ministry spokesman Tareq Arian confirmed the attack and said most of the wounded were civilians.

So far, no one has claimed responsibility for the attack on Monday, but the Taliban are active in the region. 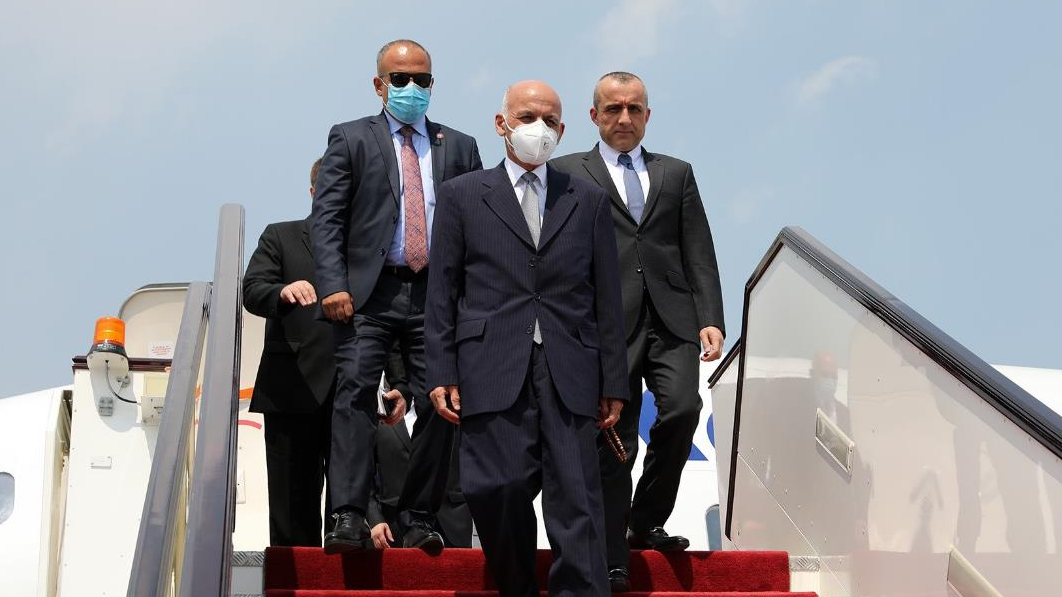 It came as President Ashraf Ghani arrived in Doha on Monday to meet with Qatari officials, three weeks after the launch of landmark peace talks between the Afghan government and the Taliban.

He went on to meet Afghan government negotiators in Doha as well as Soltan bin Saad Al-Muraikhi, Qatar's state minister for foreign affairs.

"Ghani heard from the delegation and spoke briefly to show his full support for the negotiation and peace process," negotiator Nader Naderi said. 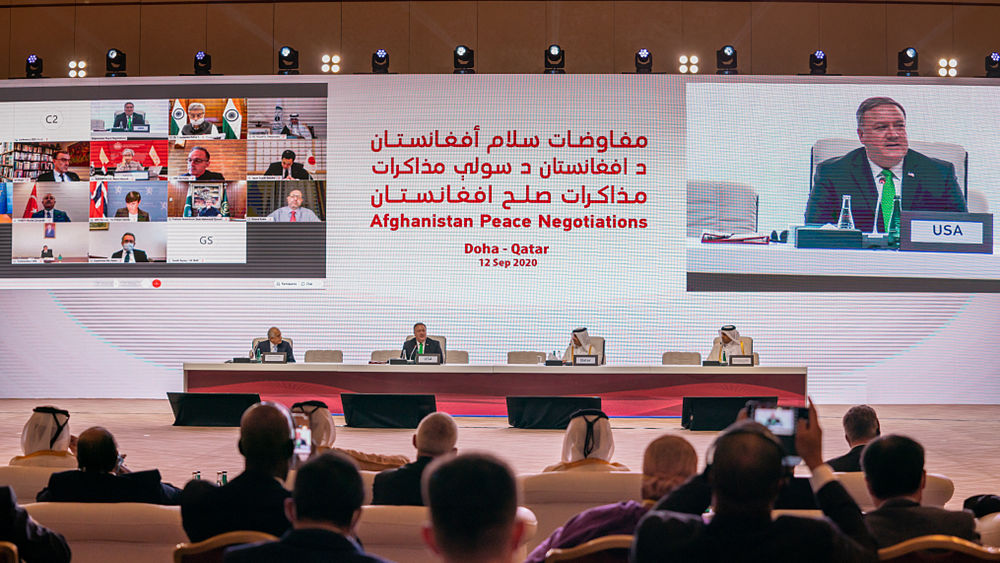 One of the peace talks between Afghan government and Taliban is held in Doha, September 12, 2020. /CFP

One of the peace talks between Afghan government and Taliban is held in Doha, September 12, 2020. /CFP

Talks between the Taliban and the Afghan government negotiators, aimed at ending Afghanistan's 19-year conflict, have slowed over disagreements on how to frame a code of conduct that will guide the broader talks.

The Taliban, who are Sunni hardliners, are insisting on adherence to the Hanafi school of Sunni Islamic jurisprudence, but the government negotiators say this could be used to discriminate against Hazaras, who are predominantly Shia, and other minorities in the country.

Another contentious topic is how the U.S.-Taliban deal will shape a future peace deal and how it will be referred to.

The attack in Laghman province comes a day after another car bomb targeted a government building in eastern Afghanistan, where 15 were killed and 40 others wounded.