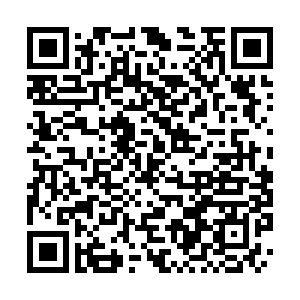 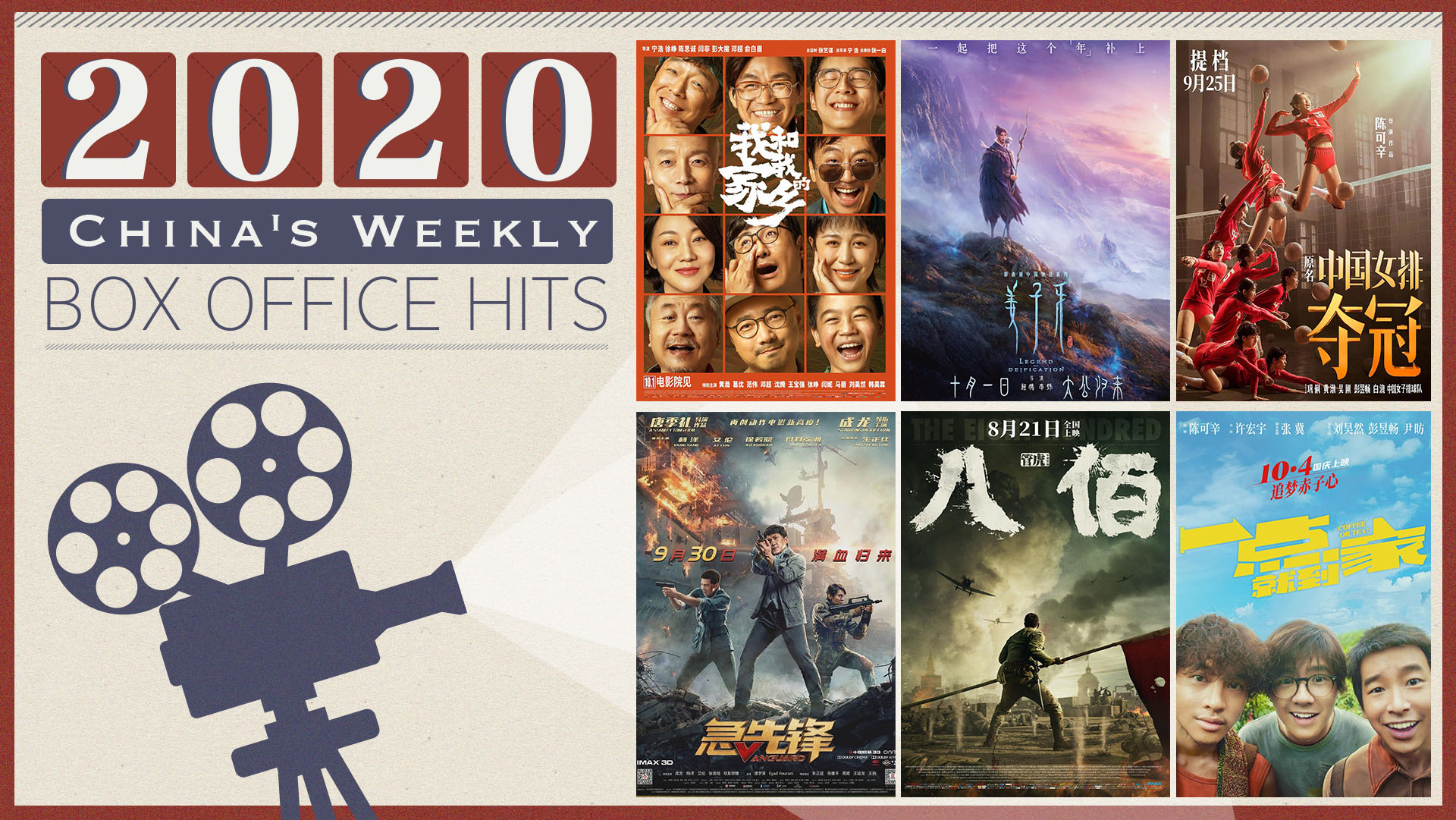 The golden week has revitalized China's film industry in an epidemic-wracked year as the box office hit 3 billion yuan ($442 million) on Tuesday morning, surpassing the figures of 2018's golden week and only second to 2019's figures in history.

Both premiered on October 1, anthology drama film "My People, My Homeland" beat animated film "Jiang Ziya: Legend of Deification" after days of fierce battle, and topped the chart by grossing 1.4 billion yuan, according to Lighthouse, a box office tracker and data platform.

As the second installment of the film producer Enlight Media's mythological universe series after "Ne Zha," China's highest-grossing animated film, "Jiang Ziya," successfully grabbed people's attention. It bagged 350 million yuan on the first day of its release, setting a new daily box office record by any animated film in China. The performance also made it the highest daily grossing movie of the year so far. 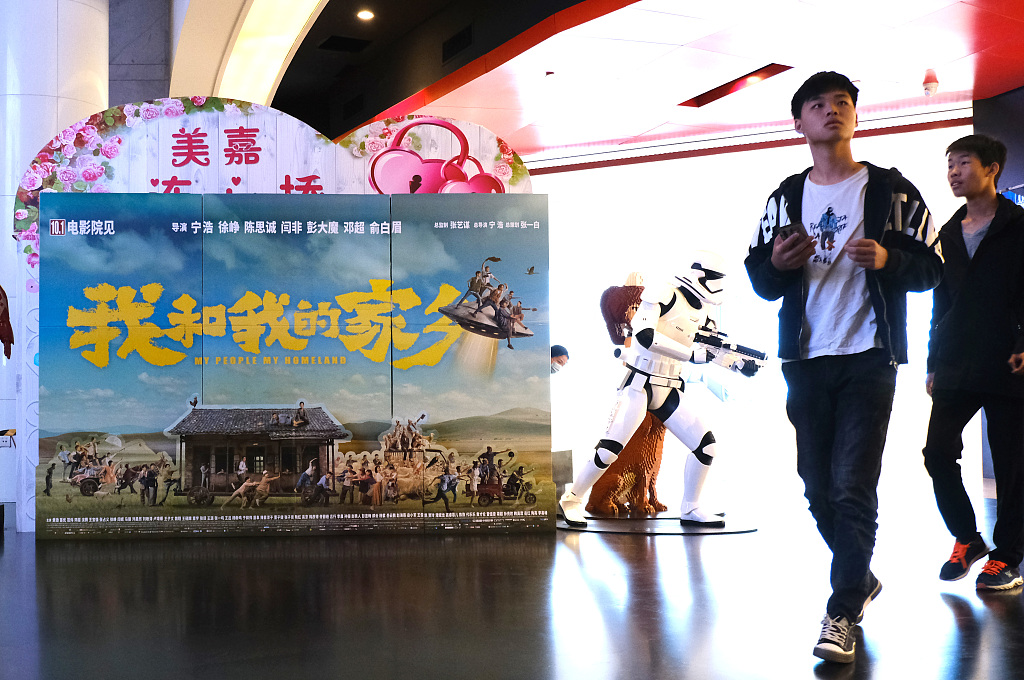 A poster for "My People, My Homeland" at a cinema in Shenyang, northeast China's Liaoning Province, October 3, 2020. /CFP

A poster for "My People, My Homeland" at a cinema in Shenyang, northeast China's Liaoning Province, October 3, 2020. /CFP

The National Day coincided with the Mid-Autumn Festival this year, making an eight-day-long holiday. Many people regarded the vacation as a substitute for the Spring Festival celebrations, which were disrupted by coronavirus pandemic earlier this year.

With 271 million people stepping into cinemas, the box office crossed the 10-billion-yuan mark for this year on October 3.

"The data of the first three days of the golden week shows that our box office has recovered to 80-90 percent of the figures last year," said Ma, manager at Jingyi International Cinemas in Beijing's Chaoyang District.

"Considering that the number of audience is capped at 75 percent, the market has basically returned to the level before the epidemic outbreak," he said.