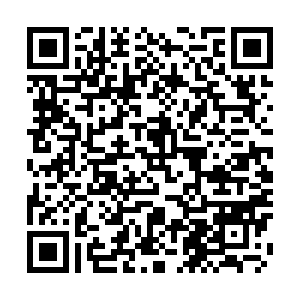 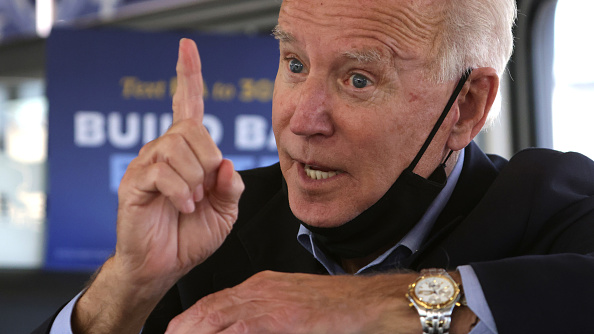 Editor's note: Hannan Hussain is an assistant researcher at the Islamabad Policy Research Institute (IPRI), and an author. The article reflects the author's opinions, and not necessarily the views of CGTN.

A broad share of undecided and independent voters are likely to back Joe Biden's signature campaign positions, such as his stance on healthcare, dashing Trump's hopes of disrupting that balance by reconfiguring the Supreme Court.

Damning reports suggest that the president withheld his initial positive COVID-19 result from the public, dealing another blow to his "great job" narrative on COVID-19 containment and transparency. Meanwhile, Biden builds on his widest lead in a month, courting battleground demographics in Florida that are central to Trump's success in the Electoral College this year.

In the space of just days, COVID-19 has brought all these developments to the fore, largely to the benefit of Biden. His emerging campaign priorities, ranging from demographic expansion to the perils of COVID-19 denial, are suddenly in the spotlight.

Biden's touchdown in Florida, a critical battleground state, is a marked shift from his campaigning in the Midwest. The difference lies in his resolve to placate voter segments that avoid their full support to Biden, revealing a traditional Republican tilt which single-digit leads are unlikely to shatter.

For Biden, the missing piece in battleground states, such as Florida, is his in-person voter outreach to Hispanic and elderly supporters. Both segments have been less taken by the campaign's virtual contacting drive, affording Trump a reckless but consistent advantage in exercising broad-based public appeal.

COVID-19 puts that pattern to the test. Biden rushed to proceed with an NBC town hall in Miami, as virus cases pushed Trump's own campaign to think virtually for a while. A select gathering of undecided voters helps Biden reform his image as a distant campaigner in the state. 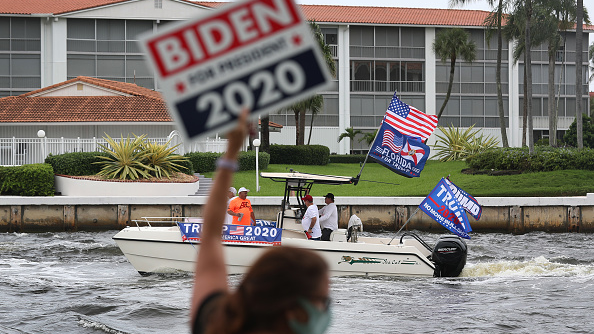 A person shows her support for U.S. Democratic presidential nominee Joe Biden as boaters pass by showing their support for President Donald Trump during a parade down the Intracoastal in Fort Lauderdale, Florida, on October 3, 2020. /Getty Images

A person shows her support for U.S. Democratic presidential nominee Joe Biden as boaters pass by showing their support for President Donald Trump during a parade down the Intracoastal in Fort Lauderdale, Florida, on October 3, 2020. /Getty Images

The move also makes it possible to get a pulse of true voter motivations once Biden acquires the same in-person advantage that Trump has exercised for months. Moreover, the hundreds and millions of funding that is set to compliment Biden's ground-game in Florida, faces no immediate challenge from a relatively circumspect Trump.

Taken together, Biden is correct to prioritize a mighty swing-state that has voted almost every major U.S. presidential candidate to power. Any campaigner who invests in his timing stands a chance to court Florida's decisive Electoral College votes.

President Trump's belief that his administration has done a "great job" containing COVID-19 is now dangerously short of endorsement. Sixty-five percent of Americans agree that the federal government failed to take the virus seriously, and there is little chance that Trump would concede to that criticism if it means empowering Biden.

This puts the onus on Trump to package his dismissal of COVID-19 as a passing affair, one that has pushed major figures in his own administration on the verge of uncertainty.

Presidential neglect of social distancing protocols, and organized protests against state-administered COVID-19 policies, may also cost Trump a part of his election appeal, especially when similar disregard played a role in altering voter perceptions in less than a week ago.

Above all, COVID-19's razor-sharp penetration into the Trump administration ranks speaks to the essence of Biden's campaign position: that dealing with the virus demands unified leadership.

His decision to veer away from personal attacks against the president has already drawn a thick line between demonstrated civility and confrontational rhetoric, a distinction lost in their first national duel. Biden has also conditioned future debates on scientific council, tapping a community that Trump has consistently blindsided, yet selectively mobilized to validate his own COVID-19 recovery.

"Don't be afraid of COVID," announced Trump, as he prepared to leave Walter Reed National Military Medical Center on October 5. His message sufficiently hollow for a support base that is shot to an all-year low.