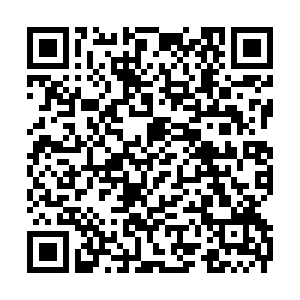 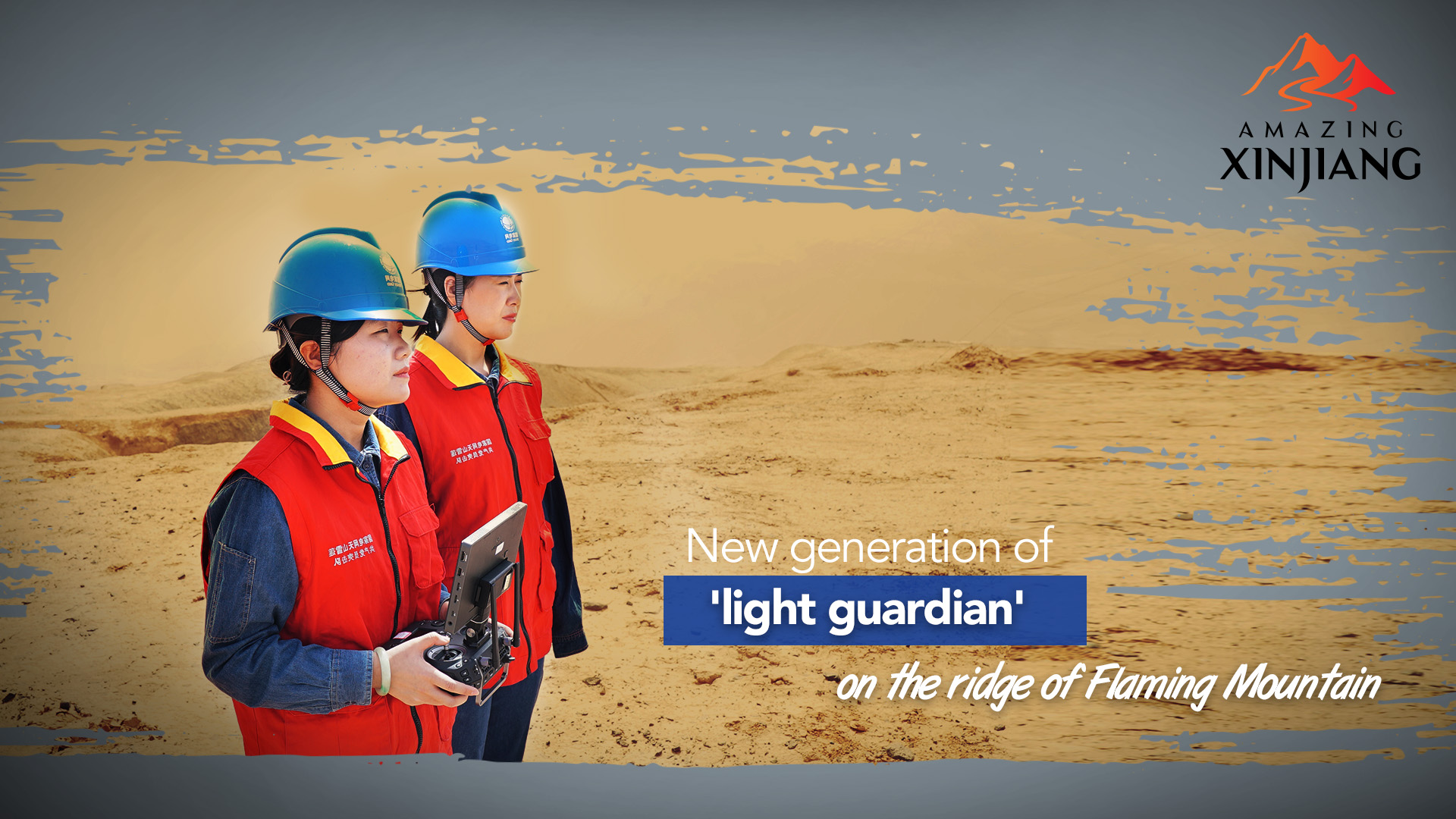 Northwest China's Turpan City is famous for its scorching temperatures. Located in the Turpan Basin of Xinjiang Uygur Autonomous Region, it is surrounded by red sandstone hills with the majestic Flame Mountain in the center. Every year, from July to September, the mercury rises to 40 degrees Celsius. In summer, the ochre mountain is irradiated by sunlight, and as the hot air billows upward, it resembles a raging fire.

At the push of a button, Lu Ying, the leader of the UAV inspection team at the Transmission and Inspection Center of the State Grid Turpan Power Supply Company, flew a UAV along the special section of the line. Within 20 minutes, the drone accomplished the task of surveying and mapping four base poles and conducted an autonomous inspection test.

Before 2019, it took at least two hours to manually inspect the four towers that stand on the Flaming Mountain. 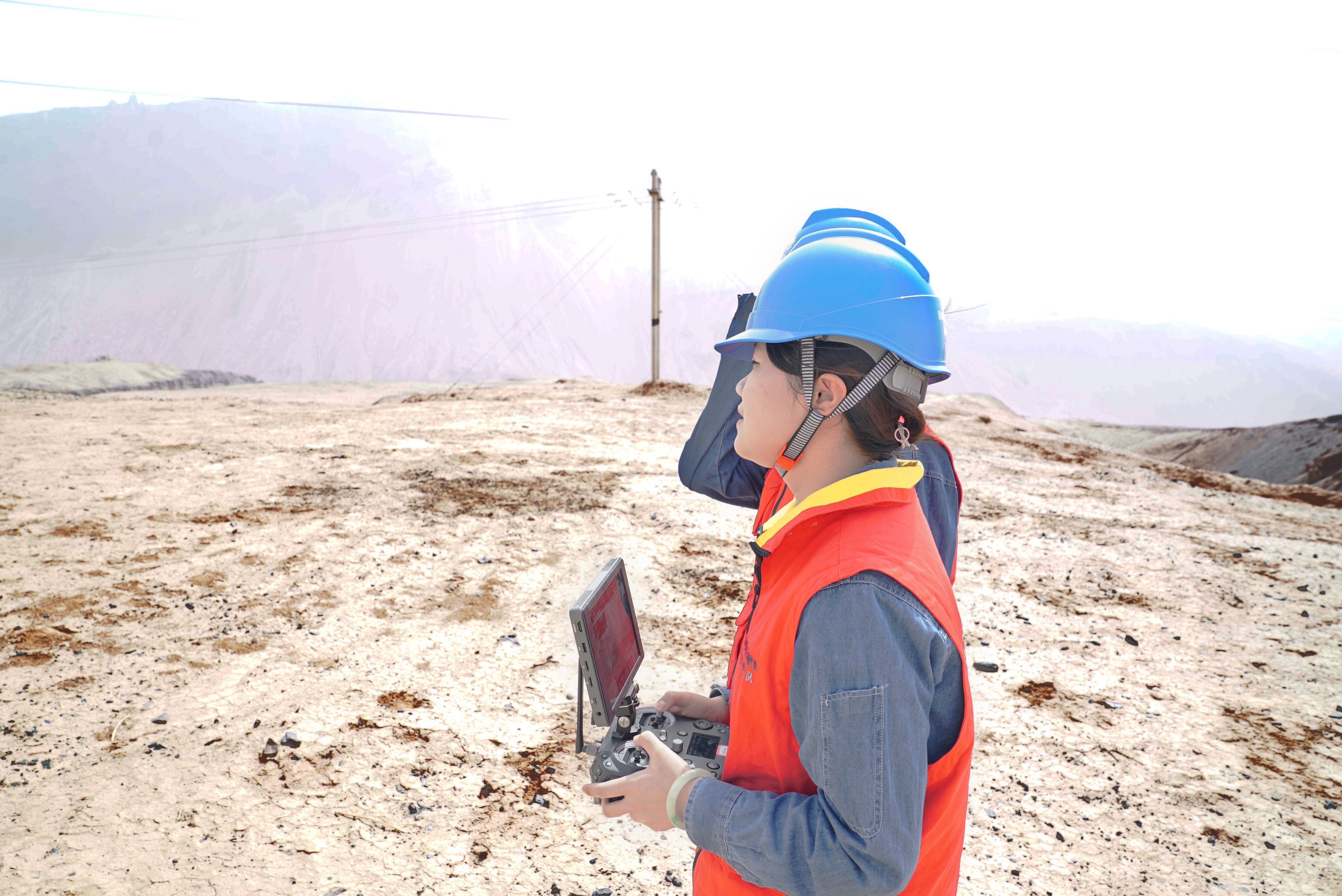 Lu Ying controls a UAV to inspect four power towers on the ridge of the Flaming Mountain under the scorching sun. Wang Yan/ CGTN

Lu Ying controls a UAV to inspect four power towers on the ridge of the Flaming Mountain under the scorching sun. Wang Yan/ CGTN

"The role of inspection drones is not just as simple as replacing manpower," Lu Ying said, adding "Pictures taken and collected by UAVs allow us to conduct more accurate and targeted analysis of our power grid."

Large-scale, intelligent and visualized machine inspection operations have accumulated valuable data for the industry, while also providing a reference for future risk prevention and prediction.

After the first flight, Lu Ying controlled the drone to make a round tour, which can establish a three-dimensional model of the transmission line channel, reveal the real-time situation of the channel space in all directions, and complete the calibration of offline obstacles and clearance measurement, which provides dangerous point alarms based on preset values .

Since the UAV team was established, the spine-tingling scenes of patrol workers climbing on barren hills under the fiery sun have gradually become history. The once time-consuming and labor-intensive patrol work is now a matter of just one flight.

Not long ago, patrol workers relied on their "iron feet" to cross the hurdles in the large grid of labyrinthine transmission lines and conquer thousands of mountains and valleys, earning them the title of "light guardian" from the locals.

Han Guangliang, who was part of an inspection group in the 1990s, traveled more than 60,000 kilometers across the Gobi Desert for about 30 years.

During each summer inspection, Han carried four "must-bring treasures"- cameras, binoculars, notebooks and water bottle - along with other professional tools. The weight of the equipment they carried with them was about 5 to 6 kilograms, which did not allow them to bring more than 2 kilograms of water.

"The digital modeling of laser point cloud for transmission lines and automatic drone inspection are expected to be applied in practice by the end of this year. We hope to achieve large-scale applications next year, said Chen Hui of the State Grid Xinjiang Electric Power Co., Ltd. Navigation Center.

Lu and her team, as the new generation of the "light guardian," have replaced the "iron feet" with technology, making the job more feasible and intelligent.