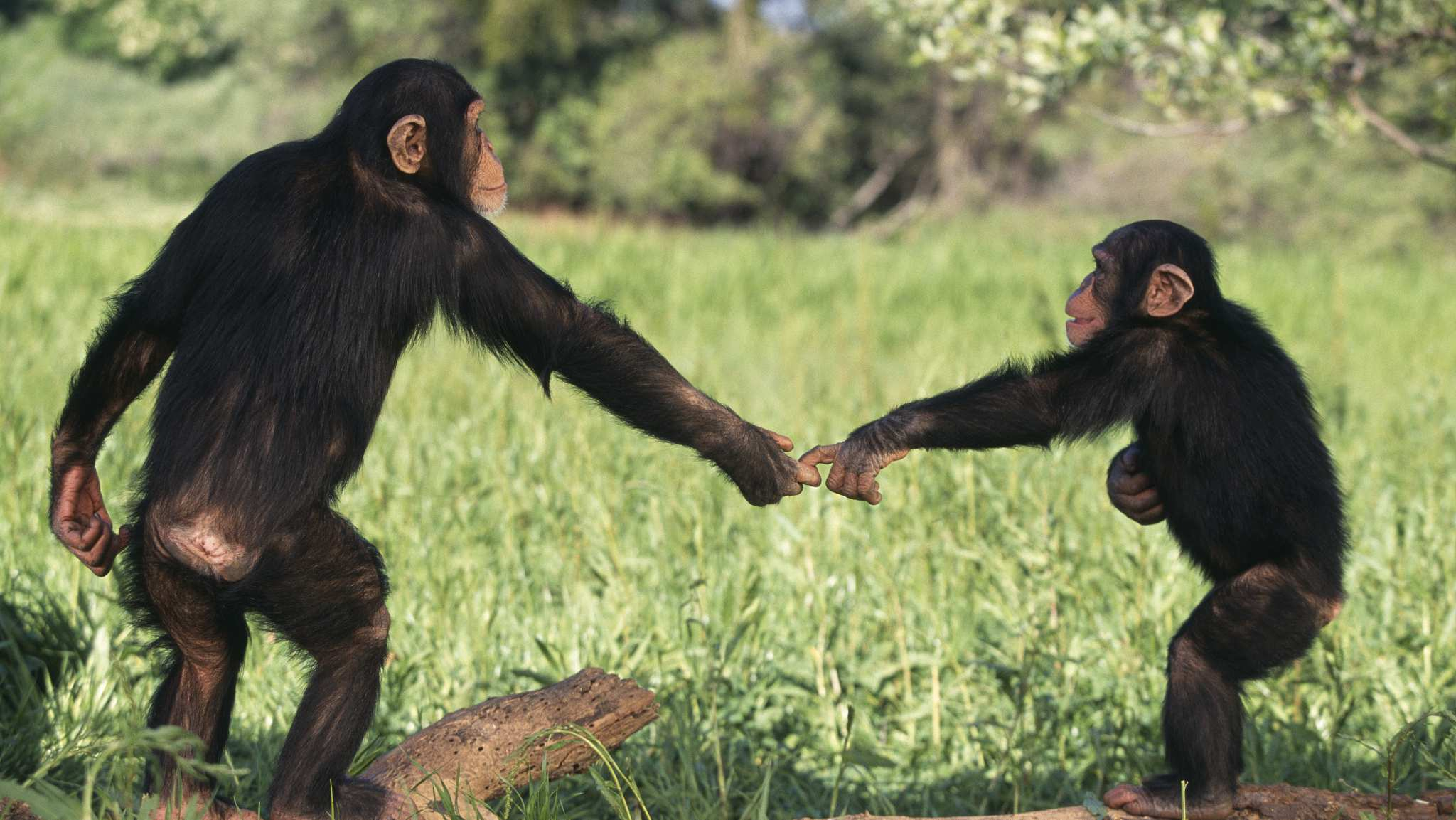 A pale girl emerges in the forest and approaches a group of chimpanzees. The troops are ready to run except for one male chimp who sits calmly allaying the fears of the others. The girl follows the male chimp who she now names "David Greybeard." After briefly losing sight of him she finds him next to a ripe palm nut. The girl holds it over to him. David looks into the girl's eyes and takes the nut only to drop it. David doesn't want the nut but he squeezes the girl's fingers. The girl realizes that this is how chimpanzees communicate and reassure each other. That girl is Jane Goodall who visited the Gombe National Park in 1960. CGTN Host Tian Wei spoke to Goodall about her research on humans' closest biological relatives, the chimpanzees

At the age of 26 Goodall first came to Gombe National Park to study chimpanzees. Her experience following chimps like David convinced her that humans were not so separate from the rest of the animal kingdom. She said: "We communicated with each other in a language that surely predates human words." She added: "They didn't mind me wandering about. I wasn't harming them. And so I was able to learn the secrets of their lives."

Although Goodall gained valuable anthropological knowledge in the field, her research was often dismissed by the wider scientific community.

"I was described as the National Geographic Cover Girl. I remember that title. They said she got there because she is not bad looking. And so her research is useless," Goodall said.

Despite being dismissed by her peers, Goodall was fortunate to have the support of renowned paleo anthropologist David Leakey. Goodall credits him with giving her the opportunity to study chimpanzees in Gombe even without a college degree. After two years in the field, Leakey got her a place in Cambridge. Goodall recalls how apprehensive she was about trading her field research for the classroom.

"I was to do a PhD in ethology. I didn't even know what ethology was. I was a bit nervous when I got there. And I was told by professors that I've done everything wrong," she said.

"They told me they should have numbers. That would be more scientific," she recounted.

Goodall's experience in the forest taught her that chimpanzees exhibit many human traits, such as having bad mothers and good mothers. Goodall recalled: "I couldn't talk about them having personalities or minds capable of thought, and certainly not emotions. Because those were unique to humans."

Goodall stuck to her guns to prove that chimpanzees were biologically like us.

"I was able to break that perception, and help people to realize that we are part of and not separated from the rest of the animal kingdom. And that we should treat other animals with more respect and understanding," she said.

Goodall travels the world to advocate wildlife preservation and is particularly encouraged by her travels in China. She is delighted to hear young Chinese taking the mantle of wildlife protection after hearing about a young girl with a fascination for chimps all those decades ago.