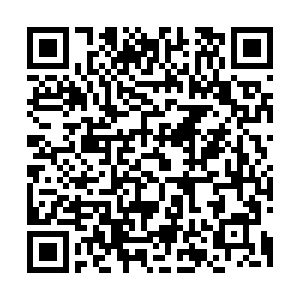 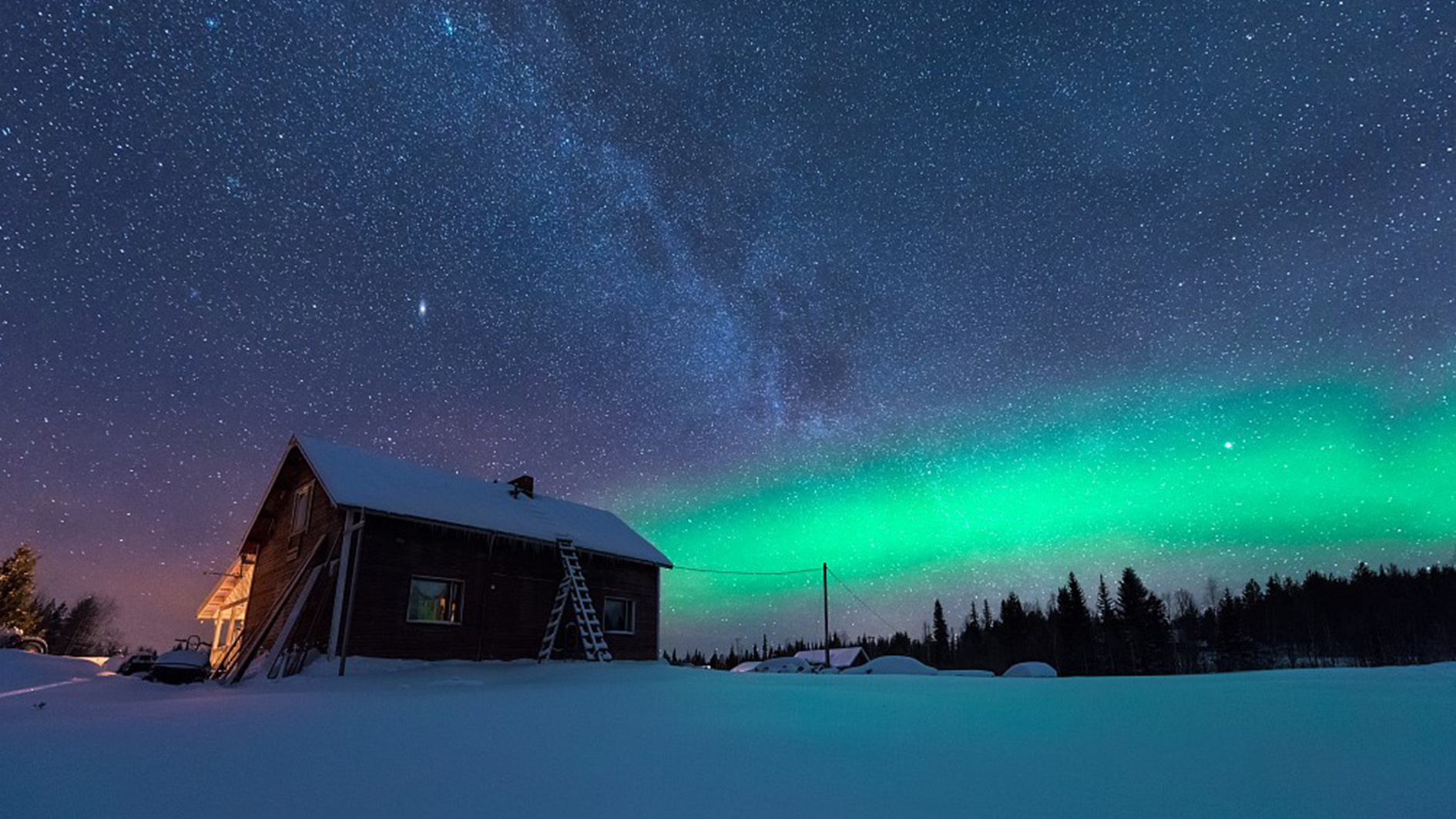 Finland's Ambassador to China Jarno Syrjala has said that Chinese-Finnish economies were complementary and shared a multitude of areas where mutual trade in products and services, as well as knowledge, can continue to take place, such as green energy, new technology and education.

Both countries have mutually benefited from each other following 70 years of "strong" bilateral relationship, Syrjala said in an interview with CGTN's Michael Wang at the just-concluded China Green Companies Summit in south China's Hainan Province.

"Our bilateral relationship is very strong. And that will be also the strength in the future. Of course, Finland is a part of the European Union, so it also depends on how the relationship with China and European Union will develop," he said.

He said that China, which is Finland's fourth-largest trading partner globally, needs a future that is more sustainable, and for Finland, this focus on green economy is a "perfect match."

"In Finland, we produce low carbon environmentally friendly technologies, and also the raw materials that we produce in Finland," he said.

"They (Finnish companies) see China as a great market still. Nothing is going to change that. So we have over 400 companies operating here or having a presence here. And none of them are leaving. So that's for sure," said Syrjala.

Other areas of business cooperation, Syrjala said, could include joint ventures and projects as well as exports such as for pork, sports, education and winter sports.

Finland's statistical office last month said its trade with China grew remarkably in the second quarter of 2020, although the general trend in the country's foreign trade statistics showed a major year-on-year decline. Finland's exports to China soared by as much as 69 percent to 1.1 billion euros ($1.3 billion) in Q2. Imports from China also rose by 12 percent to 1.6 billion euros.

Here are some excerpts from the interview:

Michael Wang: 2020 marks 70 years of diplomatic relations between China and Finland. How do you see this relationship developing down the road, especially in this global context of rising protectionism, political uncertainty and geopolitical tensions?

Jarno Syrjala: Well, these 70 years has been a wonderful journey already. I think both countries have benefited immensely. So I think that's also the way forward. So also in the past, we've been able to avoid all the conflicts or the impact of some previous trade wars, or something like that. So I think our bilateral relationship is very strong. And that will be also the strength in the future. Of course, Finland is a part of the European Union, so it also depends on how the relationship with China and European Union will develop. It's not only about bilateral relationships, but of course that's the focus of our attention right now.

Q: Chinese and Finnish economies are very complementary. In China, we are seeing rising demands in healthcare, biotech, digitalization of industries and green economy – areas where Finland is exceptionally strong in. How do Finnish companies view the market potential in China?

A: They see China as a great market still. Nothing is going to change that. So we have over 400 companies operating here or having a presence here. And none of them are leaving. So that's for sure. So they say great potential here is also in the future. And you mentioned the areas and the similar interests we have. And definitely also what China needs in the future is more this kind of sustainable, more green economy. And there the match is perfect. In Finland, we produce low carbon environmentally friendly technologies, and also the raw materials that we produce in Finland. So they are a perfect match for China in this situation.

Q: What kind of investment trends are you seeing of Chinese companies investing in Finland? Which areas are they going into?

A: We have detected many interests. And there are many ideas on the table right now. And we are discussing different Chinese companies. Of course now this COVID-19 has somehow hindered this work or it's slowing it down. So I think investments traditionally are a kind of area. If you want to do it, you need to also have face-to-face contact. You cannot do everything online. But I think that when we come, when we come back to closer to the normal situation, again on the borders will be open. So we will resume many of these contacts, which we have frozen. I think there is lots of interest from the Chinese companies side. So it's where we have strength in the forest industry and also mining. But then what always attracts Chinese companies is the high tech and the new technologies in Finland. Energy is one great example. But what kind of cooperation will we have in these fields? So it's not necessarily an investment. It can be joint ventures. It's gonna be joint projects, so can be export of services, or something like that.

Q: Europe's first company that will export pork to China via rail starting September 25 is actually a Finnish company called Atria. China's Embassy in Finland has called this move historic. Why is this move so significant?

A: We've been exporting quite a bit of pork to China and basically using maritime routes. And it's very time consuming, so it can take up to 60 days before these shipments reach China. But now by using rail, we can cut the time to 11 days maybe. And so it's a significant improvement. It also means that we don't have to always export frozen pork, so we can have Britain now in other products as well. So which can take that 11 days of traveling without risking the food security aspects.

Q: We are inducing a broad range of economic cooperation between Finland and China. We often think of tech cooperation between the two countries. But now pork and agriculture are increasingly seeing stronger ties as well. And then recently we are having deeper ties in education and winter sports.

A: Yeah, winter sports. It's also a very fascinating story, actually. And it's motivated also by the upcoming Beijing 2022 Winter Olympics. So in 2017, our two presidents decided that 2019 was the previous best special thematic year of winter sports between Finland and China. And honestly, we didn't know what to expect how it would turn out. But now looking back, it became a huge success. So during this one year, we had more than 60 events, both in China and Finland. It was not only about competitive sports. So this prepares the Chinese athletes for future events, for example. But we had other elements as well there. Education in medicine. So that was also brought in the picture when winter sports was introduced to pupils at schools in China. So how to use winter sports in physical education, for example. And then of course the business element was very strong. So there you are creating a whole new ecosystem here in China around winter sports. It will be the industry on how to produce equipment. It will be a resort where you can go skiing. It's many indoor or indoor arenas where you can skate and all that kind of thing. And these are strong areas for us. I mean in Finland, we have know-how for these kinds of things. And it has been used now by the Chinese. So this was basically last year's important opening for this cooperation, but definitely we are committed to cooperate with China also in the future. So till the Olympic Games and even beyond in this window sports area, I think it's a wonderful area. I there's so many different aspects related to it.

A: Yeah, education, definitely. It's difficult to say if we have the best education system or the second best; it is one of the best in the world anyway. And we are always happy to share our experience. And there are many important aspects. It starts with the basics, but as with the philosophy behind education, you have to make the system as equal as possible, everybody should have the same kind of opportunities. So in Finland, we are also lucky to have free education even at universities. So we are discussing this with the policy makers here in China. But then there is also the practical side of it. So there we are teaching and training some Chinese teachers. So about our methods, they are somewhat different from those methods that are currently applied in China. They're also exchange programs when teachers visit the schools. So Finnish teachers come to China and Chinese teachers go to Finland. And then there are many business elements to this. So there are Finnish companies that operate in building schools ... maybe it is a little bit different than what you're used to. But it's proven that it works in Finland. So that's why we want to share our lessons learned. And then it's up to the Chinese counterparts if they want to take those lessons and learn from us.

Q: Tell us more about how China and Finland are working together to craft more effective responses to common global challenges. For example, how are the two countries working on tackling climate change?

A: That is also done at different levels. Of course there is an ongoing political discussion, that we are part of and it's a wider international debate. And there will be important international events coming up next year, probably because of COVID. So it's important that these matters get political attention as well. And they are discussed at the higher levels. We have done that bilaterally. We will be doing that in a global setting. So next year, hopefully China will be hosting that important conference, for example, biodiversity (event) in Kunming. I think these are the important events that have to take place on the political level. But then again, when it comes to practical level, I think it's important how we formulate that, how we change and transform our economic cooperation so that we really use these technologies which save the environment. And we recycle all those kinds of things. So unfortunately, it's a fact that 92 percent of the raw materials in this world are used only once. So we have plenty to do there.

Q: Right now China is Finland's fourth-largest trading partner globally. How do we take this economic relationship to the next level?

A: We have to discuss the environment in general. Where is it going within China and Europe? That's the big issue, as I said, we are a member of the European Union. And it depends what kind of agreements they will be in with China in the future. Because they dictate the exact conditions. And it's important that there will be more reciprocity in the future. There will be a level playing field. There will be market access, more market access to Finnish companies than it has been the case so far. So if we create this kind of more free, and, let's say, equal training system, I think that would benefit both.