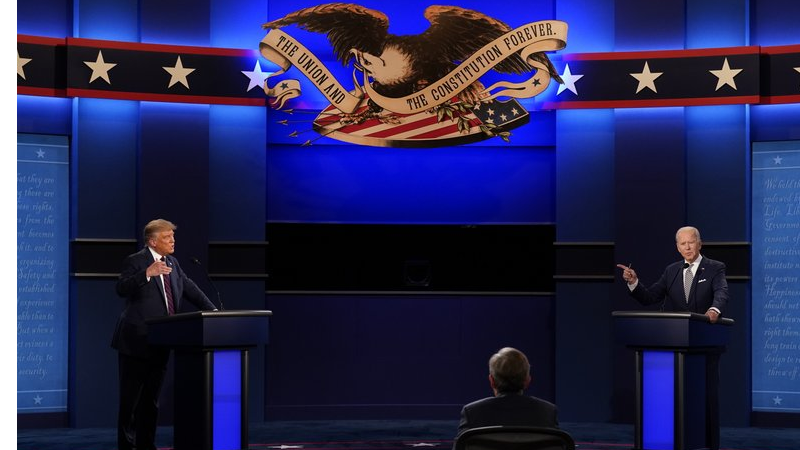 With only weeks away from the 2020 U.S. presidential election, many are speculating about the possibility of an "October surprise." In political jargon, the term refers to unexpected events in the month leading up to the election that could dramatically influence its outcome, whether they are planned or unplanned.

"There's little evidence to show an October surprise could drastically alter election results when one candidate has a clear advantage over the other, usually," said Diao Daming, a research fellow with the National Academy of Development and Strategy at Renmin University of China. "If the two candidates aren't that far apart and the race is close, like in 2016, October surprise has more room to take effect, although it's still hard to say it can reverse the trends in an election."

When U.S. President Donald Trump announced that he and the first lady tested positive for COVID-19, various media outlets quickly called it "the biggest October surprise." Indeed, the development of Trump's illness as well as his recovery will play a critical role in deciding the next president of the U.S.

However, political pundits have pointed out that with some 27 days on the countdown, this could well be the beginning of a slew of October surprises as we inch closer to November 3.

This was true in 2016, when bombshells after bombshells from the media, as well as both Clinton and Trump camps bombarded voters into confusion in one of the most divisive presidential elections in U.S. history.

"Sometimes, first reactions are short-sighted," said radio host Michael Smerconish, "by the end of the weekend with heads still spinning, the campaign and the news cycle begin to move on."

Although the term was not invented until 1980, several presidential elections had already been affected by events that fit it.

The 1968 U.S. presidential election took place during one of the most tumultuous times in the country's 244-year history. The months prior saw the raging Vietnam War, assassinations of civil rights leader Martin Luther King Jr. and the following nationwide riots triggered by his death, the assassination of presidential hopeful Robert F. Kennedy, and anti-war protests had taken place across campuses of American universities. 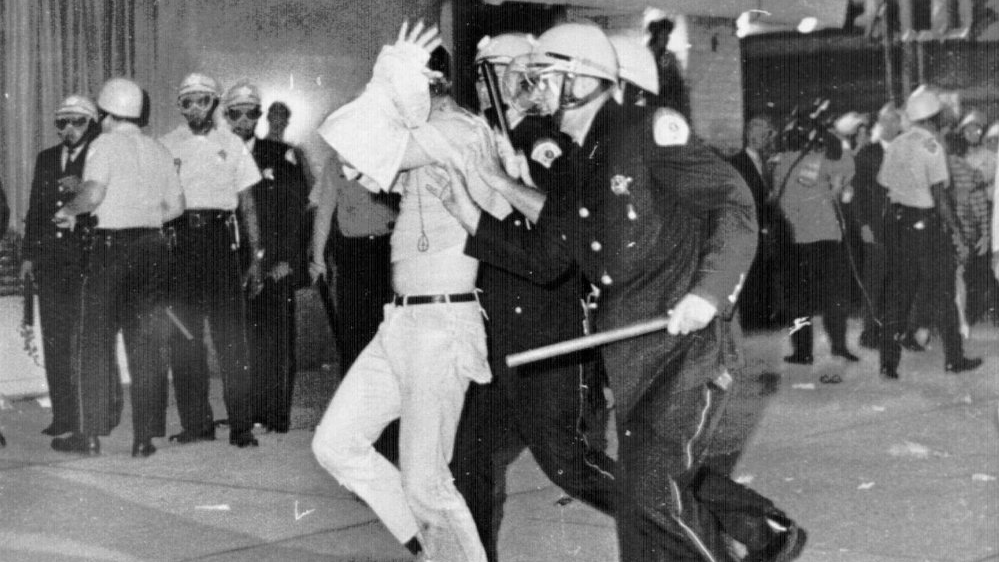 In this August 28, 1968, file photo, a demonstrator with his hands on his head is led by Chicago Police down Michigan Avenue during a confrontation with police and National Guardsmen who battled demonstrators near the Conrad Hilton Hotel, headquarters for the Democratic National Convention. /AP

In this August 28, 1968, file photo, a demonstrator with his hands on his head is led by Chicago Police down Michigan Avenue during a confrontation with police and National Guardsmen who battled demonstrators near the Conrad Hilton Hotel, headquarters for the Democratic National Convention. /AP

Vice President Hubert Humphrey clutched the Democratic nomination, but he was trailing behind his rival, Republican Richard Nixon, in the race. Then, just three days before the election, President Lyndon Johnson halted the bombing in North Vietnam and announced plans for peace talks, which helped Humphrey to pull neck-to-neck with Nixon. In a last-ditch effort, Nixon told an aide to "monkey wrench" peace efforts by the Johnson administration, which would hurt his chances for the presidency, according to The New York Times.

In the end, South Vietnam pulled out of the talks and Nixon won narrowly.

As the 1980 U.S. presidential election approached, Republicans and Ronald Reagan's campaign were concerned that incumbent Democratic President Jimmy Carter could pull off an "October surprise" - as coined by Reagan's campaign manager and later CIA director William Casey - in the form of a resolution to the Iran hostage crisis. So when the 66 American hostages were freed minutes into Reagan's inaugural address, skeptics began to wonder if the new American president had conspired with Iranian officials to gain the White House. 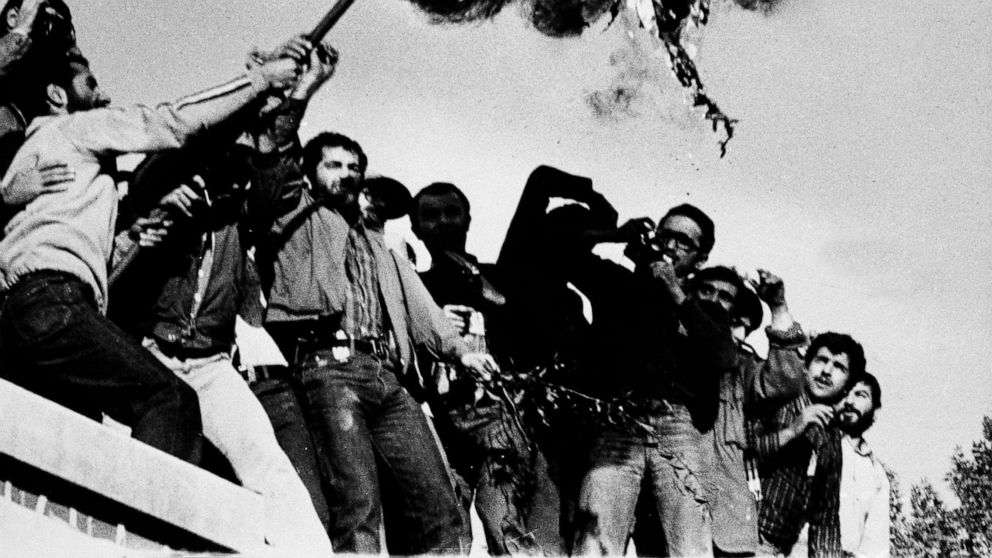 In this November 9, 1979 file photo, demonstrators burn an American flag atop the wall of the U.S. Embassy in Tehran, Iran, where students have been holding American hostages. /AP

In this November 9, 1979 file photo, demonstrators burn an American flag atop the wall of the U.S. Embassy in Tehran, Iran, where students have been holding American hostages. /AP

According to a New York Times editorial in 1992 by former U.S. National Security Council member Gary Sick, the Reagan-Bush campaign "met secretly with Iranian officials to delay the release of the American hostages" and promised to supply Iran with weapons. The allegations were confirmed by former Iranian President Abulhassan Banisadr and White House analyst for Reagan and Bush, Barbara Honegger.

The heightened intensity and frequency of October surprise in recent years is best demonstrated by the slew of scandals, leaks, and personal attacks that preceded the 2016 presidential race between Hillary Clinton and Donald Trump.

On October 7, the U.S. intelligence accused Russia of meddling in the U.S. election process. But the explosive story was quickly overshadowed by revelations from the Washington Post on the same day. The post published a leaked tape that showed Republican candidate Donald Trump, then a businessman, discussing his celebrity status which allowed him to do whatever he wanted to women, including "grab em' by the p**sy" while filming a TV show.

When political pundits thought Trump was finished, Clinton's own scandal arrived just half an hour later via Wikileaks. The leaks comprised some 20,000 pages of emails from Clinton's campaign chair, John Podesta, and showed many embarrassments, including Clinton's speeches to Wall Street firms and bizarre references to "hot dogs" and "pizzas," which inspired the conspiracy theory known as "Pizzagate."

At the time, few expected the last and biggest surprise to come from the FBI, which decided to reopen an investigation on October 28 into Clinton's use of a private email server while serving as Secretary of State under the Obama administration. Many would later argue that this decision by FBI head James Comey sank Clinton's campaign and handed Trump the ticket.