Will latest WHO revelations pave way for collectivism instead of China-bashing?
Hamzah Rifaat Hussain 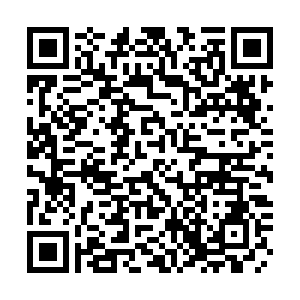 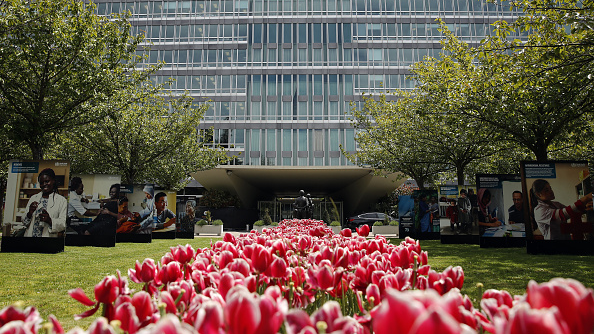 Editor's note: Hamzah Rifaat Hussain is a former visiting fellow at the Stimson Center in Washington, and currently serves as an assistant researcher at the Islamabad Policy Research Institute (IPRI) in Pakistan. The article reflects the author's opinions, and not necessarily the views of CGTN.

As per the latest assessments by the WHO, one in ten people across the world may have been infected by the coronavirus, leaving the vast majority of the world's population vulnerable to the disease that it causes.

This assessment came from the WHO's top expert, Mike Ryan while addressing the agency's Executive Board, which once again became a battleground as the U.S. took a swipe at China instead of pushing for a collective, coordinated response from the international community to deal with the impending second wave.

The stark realities which are transpiring across the world underline the frailties of such swipes where the need for a concerted global effort for COVID-19 damage control is a necessity.

Take the issue of mental health, for example, which the WHO warns that the current disease can cause further distress. The timing of U.S. censuring of China over lack of transparency or disclosure of accurate and timely information is controversial, given that only 7 percent of the 130 countries which responded to a WHO survey reported that mental health services are open for the public.

A further 93 percent reported that they are grappling with retrenched and inadequate services. Devora Kestel, the Director of the WHO's Department of Mental Health and Substance Use, told a news briefing that mental health is a forgotten aspect of COVID-19 with a history of underfunding in the area.

Funding also continues to dwindle as far as the implementation of activities that support mental health infrastructure is concerned with a dearth of data available on life threatening consequences, such as higher suicide rates, opioid dependence, and domestic violence.

These alarming facts are emerging in the backdrop of fewer exchanges and the apparent redundancy of multilateral initiatives due to constant China-bashing on the part of the Trump administration and lack of regard for the WHO's efforts.

Another issue or limitation with the transparency mantra peddled by the U.S. is the fact that problems related to data collection regarding the virus are ubiquitous.

On October 5, British Health Minister Matt Hancock admitted that a technical glitch had prevented many positive results from entering the UK's contact tracing system, resulting in close to 15,841 positive results not included in the reporting of daily cases.

It is clear that the unpredictable nature of COVID-19, alongside technical shortcomings, has an impact on even the most advanced countries in the world and cannot be squarely directed at China. 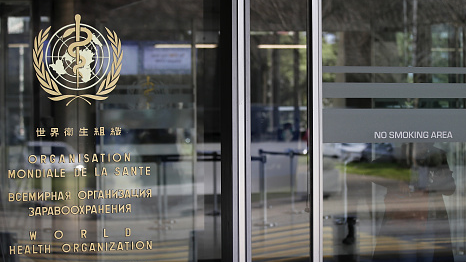 The World Health Organization (WHO) emblem sits on a glass entrance door at the WHO headquarters in Geneva, Switzerland, on February 18, 2020. /Getty Images

The World Health Organization (WHO) emblem sits on a glass entrance door at the WHO headquarters in Geneva, Switzerland, on February 18, 2020. /Getty Images

An increase in charged rhetoric would hamper any such efforts to tracing and detect the global population the eventual casualty.

The pandemic may have demonstrated that it can infect even the most technologically advanced countries in the world, yet the developing world with lesser technological expertise, soaring sovereign debt, and numerous conflicts are bearing the brunt of lack of coordinated responses.

Lebanon is one case where, in 2019 alone, the country's banking system was paralyzed, and the Lebanese pound plummeted to a staggering 80 percent, which was prior to the August 4 explosion in the capital Beirut which killed 200 people.

Lebanon will eventually become a direct beneficiary if global powers strive towards debt relief and medical exchanges, made more difficult as the U.S. views China as less of a potential partner in debt servicing, technological exchanges, and conflict resolution, and more as an adversary and rival.

This geopolitical rivalry also has an impact on regions facing a dire humanitarian crisis such as Yemen, the Sahel, and across Africa where malnutrition is pronounced and the survival of populations is at stake. Such predicaments can be addressed if rivalries pave the way for more inclusive decision making with global powers playing a key role.

Hard headedness, withdrawals, and denial of facts are also compounding this global quagmire. British Finance Minister Rishi Sunak claimed that the UK must adopt a transactional approach towards China, which ignores the strong ties that both countries have shared despite tensions.

Such statements also sideline irrefutable facts that transactional relationships pursued by the U.S. in regions such as the Middle East why conflicts have continued to brew there as tensions between the Palestinians and Israelis have increased due to lack of strategic foresight on the part of the Trump administration.

It only serves to weaken goodwill, amicability, and all-weather relationships that China enjoys with certain countries such as Pakistan and Sri Lanka. There is evidence to suggest that prospects for joint global coordinated responses on COVID-19 are being put at peril by the United States.

The legal and financial implications of U.S. steps taken to withdraw from the WHO by next July, for example, where Washington D.C. would renege on $80 million that it owes to the organization and would instead redirect the funding to pay its United Nations bill in New York has been highlighted by Russia. Furthermore, the U.S. has also audaciously claimed that it would not tolerate what it perceives as failures on China's part to provide accurate information regarding disease outbreaks.

As more revelations regarding COVID-19 are unearthed, the ultimate casualty alongside the world population is globalism, multilateralism, and cooperation. Less collectivism and more China-bashing are damning signs for things to come.