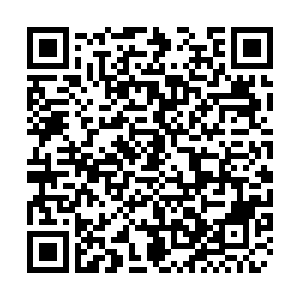 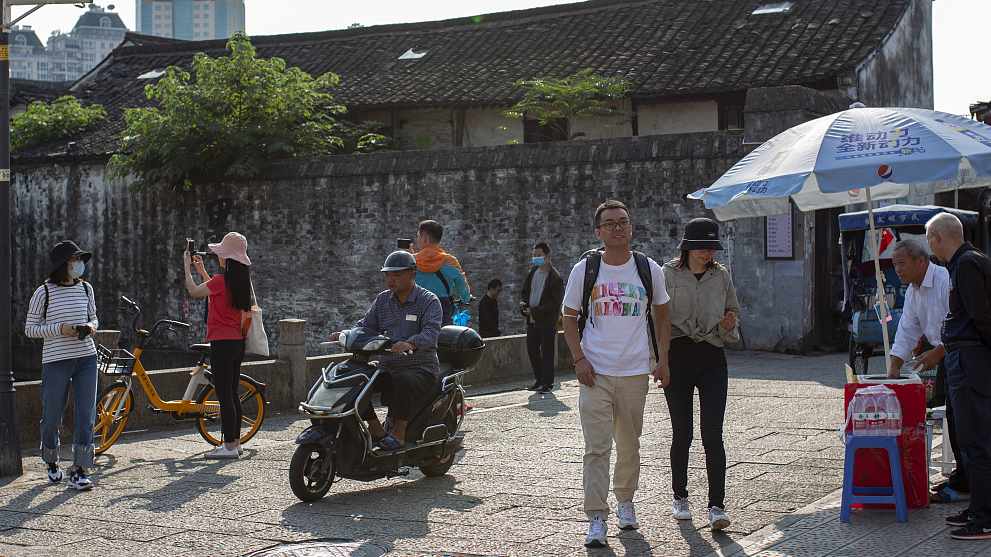 China witnessed trips by nearly 0.64 billion domestic tourists during the eight-day national holiday, 79 percent of last year's figure, according to the latest data from the Ministry of Culture and Tourism. Meanwhile, total income from domestic tourism during this holiday totaled 466 billion yuan, 69.9 percent of the figure in 2019.

While this data shows a promising trend for China's tourism industry, there are a few details that must not be ignored.

First of all, this resumption in tourism, hitting 70-80 percent of last year's level, was achieved amid rigorous COVID-19 containment measures. Given these measures, one cannot say that the tourism industry achieved a full-scale recovery.

For example, many people are still worrying that a potential lockdown of a certain area can hamper their work after the holiday. Therefore, they either chose short-distance travel or no travel at all. A friend of mine was planning a trip to Yunnan Province. But she quickly dropped the plan after two cases of COVID-19 were confirmed in Ruili City. Meanwhile, many companies also asked that their employees to stay in their cities for the festival, so as to avoid potential problems.

Because of these measures, China did not see a full-scale recovery of its tourism industry. This is to say that if the tourism industry operated without any preventive measures for COVID-19, the figures this year would have been even higher than the ones in 2019.

Secondly, the total amount of money spent during the holiday this year is only 69.9 percent as compared to 2019, while the number of tourists reached 79 percent compared with a year ago. The difference between these two figures shows that people spent less per capita in 2020 as compared to 2019. The reason behind this phenomenon is simple: many people chose short-distance travels owing to concerns surrounding COVID-19.

Finally, special attention must be paid to the word "domestic" here. International travel is still frozen due to the serious COVID-19 situations in many countries. The quarantine period that is required for people travelling between different countries has set a roadblock for anyone who is thinking about a trip overseas.

However, the resumption of the tourism industry during the National Day holiday is not a good example when we are trying to understand how well the Chinese economy is recovering. When COVID-19 is the biggest concern of many customers and policy makers, some industries that require a very high density of people gathering has been hit the hardest, such as tourism industry, film industry, restaurants, etc. 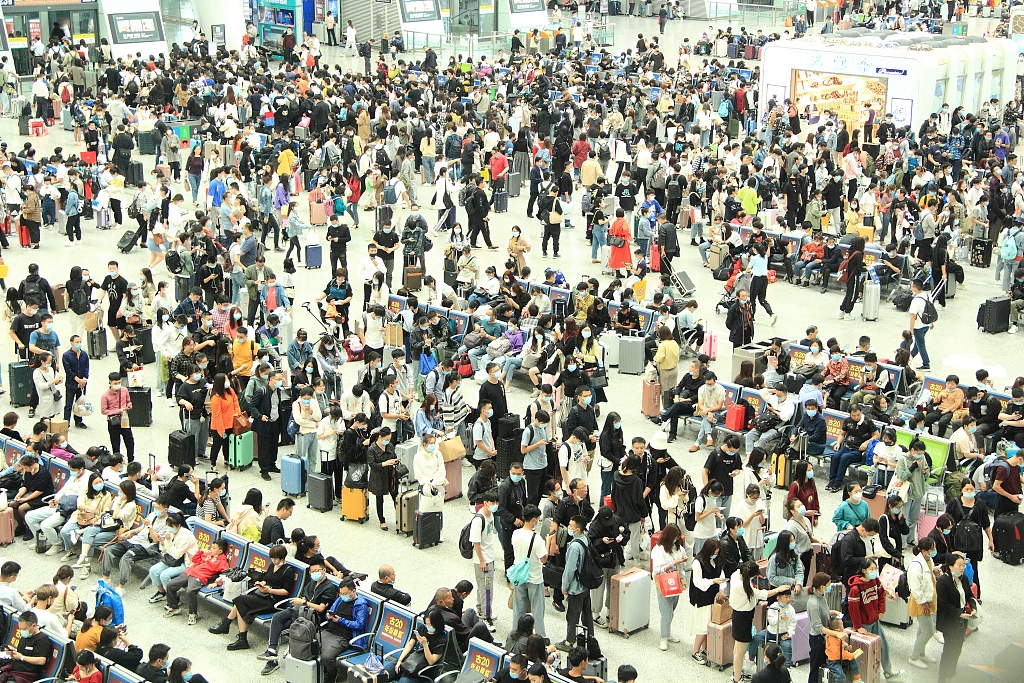 For the overall economy, the situation is very different. In the second quarter of 2020, China's economy increased by 3.2 percent compared with a year ago. Economists expect that in the third quarter, the growth rate might be higher than 5 percent, thanks to the perfectly controlled pandemic situation in China.

For many industries and economic sectors, growth, rather than slowing down, can be monitored in recent months. For example, in August, China generated 6.8 percent more electricity compared with 2019. For online shopping, which is an area where the COVID-19 did little damage, the total amount of shopping increased by 18.6 percent in June compared with a year ago.

Meanwhile, for the automobile industry, China produced and sold 2.1 million and 2.2 million automobiles, respectively, in August, 6.3 percent and 11.6 percent more than the same period of 2019. Finally, according to the data calculated by the China Construction Machinery Association, the 25 major excavator producers sold 20,939 excavators, 51.3 percent more than a year ago.

As the industries of electricity generation, online shopping, automobile and excavators are much less affected by the pandemic, since they do not require the gathering of people like the tourism industry does, their growth rate has been positive in 2020, while the tourism industry is still struggling with regaining its vitality.

However, the resumption of the tourism industry did give it a chance to take a deep breath after a hiatus caused by the pandemic.

During the first few months of 2020, as COVID-19 hit China and the lockdown policy was implemented by many local governments, the tourism industry was hit particularly hard and many businesses and individuals were under extreme pressure. With the industry's resumption during the holiday, the financial conditions of these industrial participants have certainly gotten better.