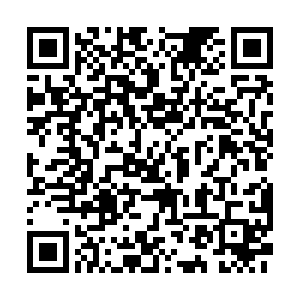 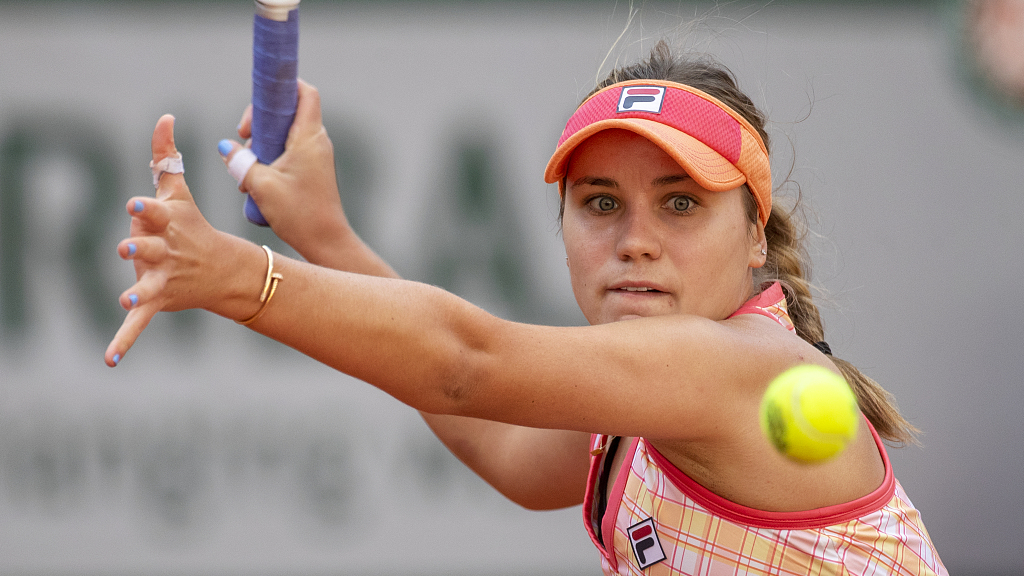 The Australian Open champion was kept on her toes for two sets by an opponent who had beaten her in their previous encounters before strolling through the decider to set up a clash with Czech seventh seed Petra Kvitova.

Collins was bothered by abdominal pains in the third set, looking unable to give her maximum effort in the finale on court Philippe Chatrier.

"This is really special, I'm super happy. I know she plays really aggressive so I needed to have a better first serve percentage and play aggressive myself; I did a great job overall," said Kenin, who won four of her five matches at Roland Garros in three sets.

"I guess I like winning in three sets. I know it's tough but I'm getting the job done."

After a solid start on both sides, Collins served a woeful double fault to hand Kenin the first break of the match, and a 3-2 lead. 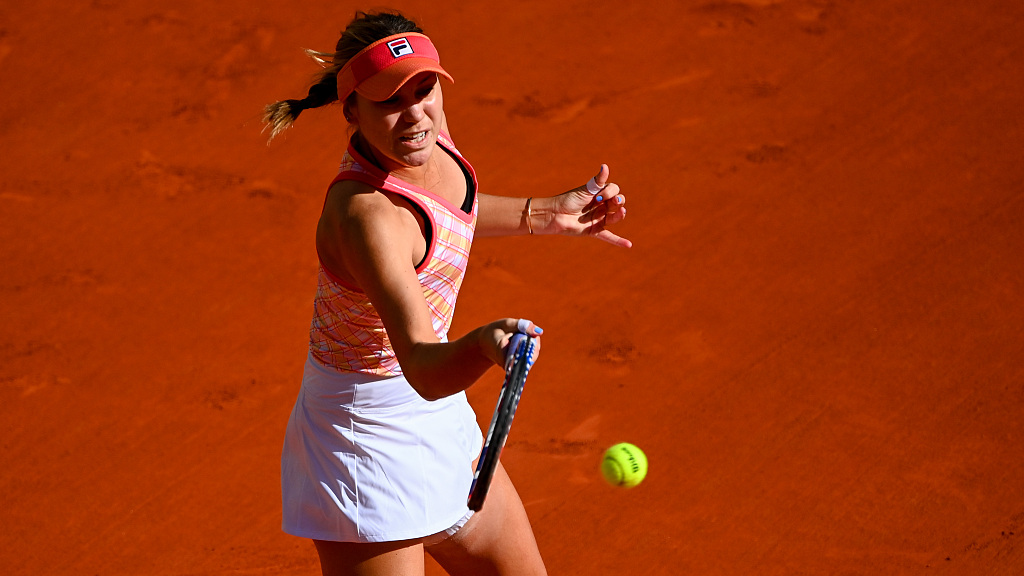 Sofia Kenin of the United States plays a forehand against her fellow Danielle Collins in the ladies' singles quarter-finals during the French Open Tennis Tournament at Roland Garros in Paris, France, October 7, 2020. /VCG

Sofia Kenin of the United States plays a forehand against her fellow Danielle Collins in the ladies' singles quarter-finals during the French Open Tennis Tournament at Roland Garros in Paris, France, October 7, 2020. /VCG

She held serve and set up another break point at 4-2 but Collins saved it to stay in contention.

Kenin was, however, solid on her service games and she bagged the opening set when her opponent's return sailed wide.

It was the first time Kenin took a set against Collins in four encounters, and the fourth seed kept her momentum, breaking again for 3-2 in the second set as her unseeded opponent smacked a forehand long.

But this time, Collins hit back to level for 3-3 and she started to threaten Kenin's serve, eventually breaking again to level.

The comeback was short-lived, though, as Collins quickly fell 4-0 behind in the decider before taking a medical timeout, holding her midriff as she went off the court for treatment before Kenin easily won the remaining two games.

(Cover image: Sofia Kenin in action against Danielle Collins during their quarter-finals match on Court Philippe-Chatrier at the French Open in Paris, France, October 7, 2020. /VCG)