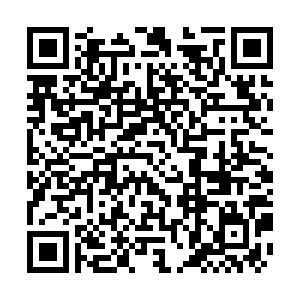 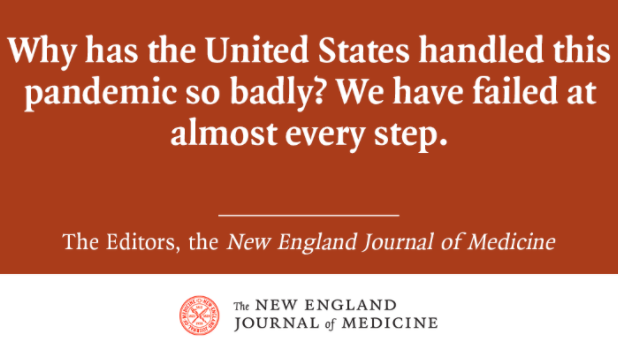 More and more scientific journals, especially medical ones, are voicing their opinions against the current U.S. government led by Donald Trump, who as president has made many mistakes in his administration's response to the COVID-19 pandemic, costing American lives.

On Thursday, the New England Journal of Medicine (NEJM) based in the U.S. state of Massachusetts, published an editorial on its official website titled "Dying in a Leadership Vacuum" calling out voters in the country to remove Trump from the White House.

The editorial listed evidence showing that the U.S. government has done a really bad job at protecting Americans from the COVID-19 crisis. The U.S. has fewer people than China but has more COVID-19 deaths. The U.S. has a more advanced medical system than Vietnam but has a worse death rate.

Now more than 214,000 people have died from the novel coronavirus in the U.S., the largest number among all countries in the world. The nation has more than 7.6 million confirmed patients, also the most in the world.

The pandemic killed more Americans "than any conflict since World War II," the editorial said.

Talking about why the U.S. responded so badly, NEJM editors blamed the leadership of the country and called them a "vacuum."

The editors believe the administration's lackluster job should have led to "legal consequences," by now, but it hasn't.

After pointing out the Trump administration is "dangerously incompetent," the editors suggested U.S. voters to make use of the incoming election to remove Trump from office.

"We should not abet them and enable the deaths of thousands more Americans by allowing them to keep their jobs," the editors said at the end the article.

Some media outlets have reported about the editorial. The Washington Post noted that the NEJM is in no way interested in politics and have avoided it for 208 years.

Many people on Reddit have also noticed the journal's sudden turn in their political attitude. Some also recalled that another journal in Britain, the Lancet, had also been talking about the bad influence politicians brought to the scientific world during the pandemic.

"This is huge," said "ShakinBacon64" on Reddit. "[The editorial] shows you how bad the US situation has been mishandled."