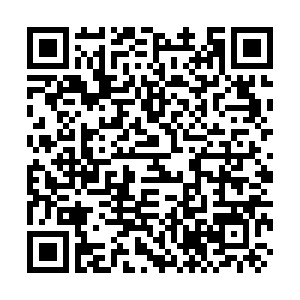 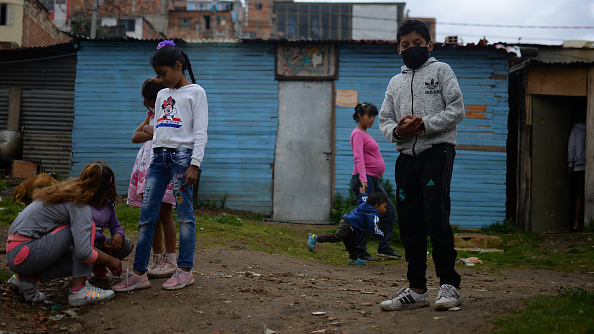 During the COVID-19 pandemic, a group of migrant children wears masks on a day of solidarity activities of the Sinceridad Foundation, in the Paraiso Mirador invasion neighborhood, in Ciudad Bolivar, Bogota, Colombia, September 6, 2020. /Getty Images

During the COVID-19 pandemic, a group of migrant children wears masks on a day of solidarity activities of the Sinceridad Foundation, in the Paraiso Mirador invasion neighborhood, in Ciudad Bolivar, Bogota, Colombia, September 6, 2020. /Getty Images

The COVID-19 pandemic was an event for which probably no country was prepared for. As it engulfed region after region, the biggest casualty after the human death toll was the global economy.

The World Bank has released a fresh analysis of the impact the pandemic has made on people's lives. For the first time in more than two decades, as per the Bank's latest Poverty and Shared Prosperity Report, extreme poverty is expected to rise.

Up to 115 million people can fall below the extreme poverty line this year, and by next year, the figure can rise to as high as 150 million. This projection threatens years of efforts by countries to increase productivity, trade and industrial capacity and to improve people's living standards. Globalization and ubiquitous connectivity were imperative in their economic growth but were also the two main reasons the virus spread so fast and so wide.

This, of course, is not a case for isolationism or raising physical and trade barriers. Doing so will only reverse the expansion of trade that has facilitated the spread of wealth. Instead, it calls for sharing of knowledge and strengthening of multilateral bodies like those working under the United Nations.

In continuing the anti-poverty fight, the foremost priority is to ensure food security for the entire planet. Not all countries are fortunate enough to have enough agrarian lands. The richer countries, therefore, must actively work to ensure that the disadvantaged ones are able to meet the basic food requirements of their people.

Next comes adequate healthcare. The developed world will have to increase its investment in improving health facilities in the developing world. The concept of an outbreak remaining localized washed away with the first wave of COVID-19. Now it is well understood that a contagious disease surfacing anywhere can exacerbate poverty in any other part of the world.

At the same time, the developing nations will have to join forces to make the best use of their resources. South-South cooperation, as it is also known, requires a collective drive to improve each other's financial situation and prevent medical emergencies.

China considers South-South cooperation the central part of developing countries' endeavors. It offers multifaceted expertise to the developing world in the form of its vibrant e-commerce sector, cutting edge 5G technologies and other new-age capabilities as a model to emulate and solve financial constraints. 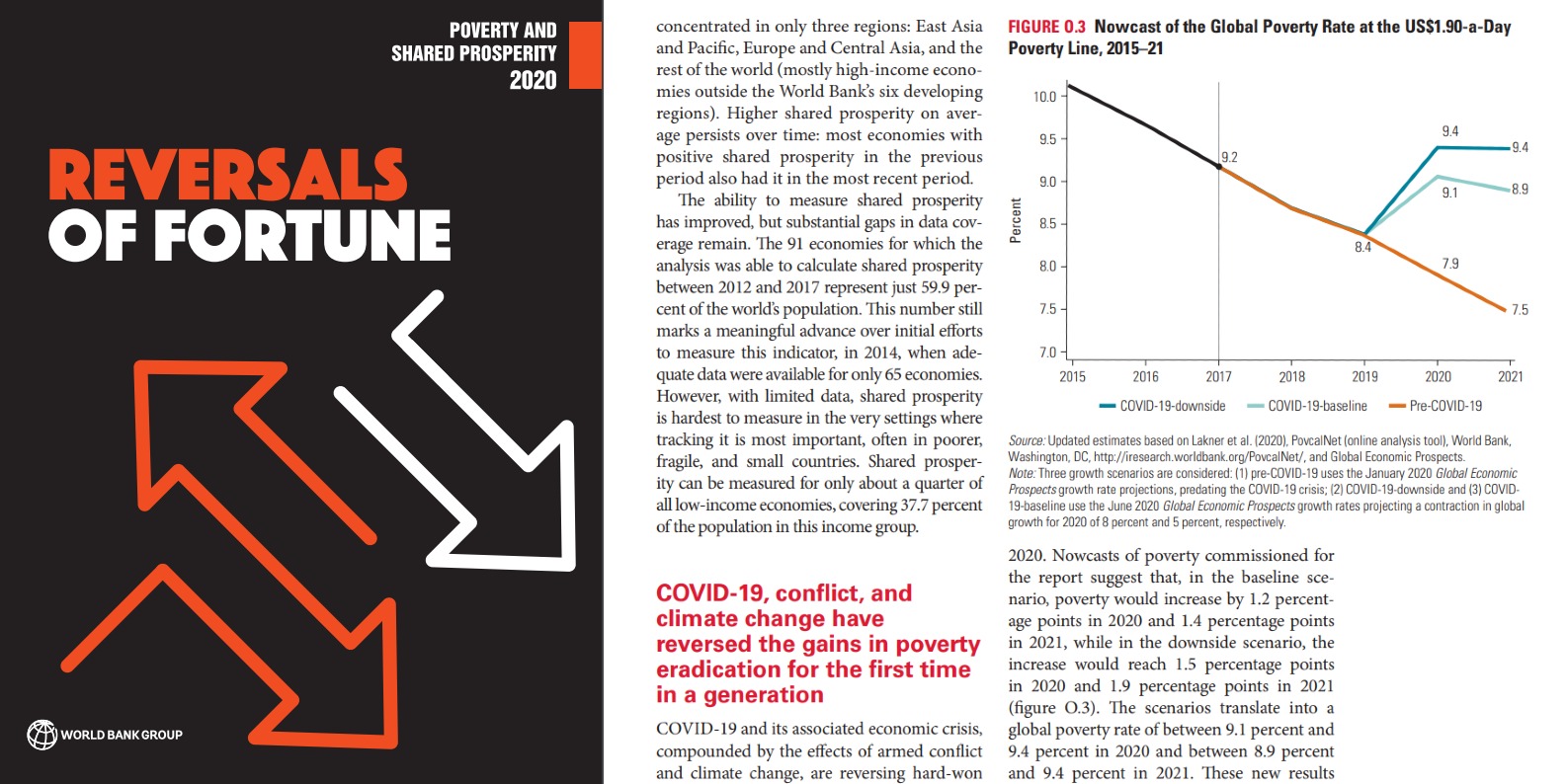 In the Poverty and Shared Prosperity 2020 report published by the World Bank, it shows that COVID-19, conflict, and climate change have reversed the gains in poverty eradication for the first time in a generation. /Screenshot via the World Bank report

In the Poverty and Shared Prosperity 2020 report published by the World Bank, it shows that COVID-19, conflict, and climate change have reversed the gains in poverty eradication for the first time in a generation. /Screenshot via the World Bank report

These packages by China clearly augment the 2030 Agenda for Sustainable Development, adopted by all UN member states to eliminate poverty and other egregious problems. Meeting the agenda items is also being made possible by the Belt and Road Initiative (BRI) which is plugging remote regions with global supply chains and allowing previously disconnected communities to trade with better and larger markets.

When COVID-19 was damaging economies around the world, serious questions were raised on China's capability to meet its aim set for this year to eradicate extreme poverty within its borders. The aforementioned World Bank report, too, is a continuity of similar concerns.

China's poverty alleviation program is right on track. The central and local governments have had to put in extra efforts as social distancing hampered most of the development work. The manner in which the pandemic was contained, allowing almost an immediate rebounding of industrial activity, kicked off a chain of actions that have revived the domestic economy and helped other countries mitigate the contagion's effects.

By the end of 2020, the poverty eradication aspect of the Sustainable Development Goals (SDGs) will be met by China with a full decade ahead of schedule. That is because it had already internalized this concept by aiming to build a moderately prosperous society in all respects. The ultimate goal, meanwhile, is the end of all levels of poverty.

To name one country that has delivered on its anti-poverty campaign, it is China. Thanks largely to the opening up and reform policy, China has lifted 850 million people out of poverty – a feat acknowledged both by supporters and critics of the country.

The World Bank report does paint an alarming picture but the situation in China remains quite optimistic. China, not content with just that, is working also to help end poverty from the rest of the world as well.