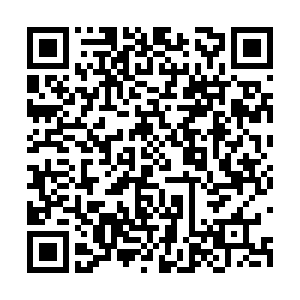 China's participation in the global vaccine alliance known as COVAX (COVID-19 Vaccines Global Access Facility) will bring significant resources to the initiative aimed at providing the world with equal access to a coronavirus vaccine, according to Ding Sheng, dean of the School of Pharmaceutical Sciences, Tsinghua University and director of the Global Health Drug Discovery Institute.

Ding told CGTN that China brings to the table two significant contributions — its manufacturing capabilities and the unique vaccines currently in trials.

"China currently has four Phase 3 vaccine trials ongoing. Three of those are actually inactivated virus vaccines. Those are unique among all other Phase 3 trials ... Also China has a pretty significant manufacturing capacity. This unique vaccine and manufacturing capability will be significant additions to COVAX," said Ding.

Earlier on Friday, China's foreign ministry spokesperson Hua Chunying announced the country had signed an agreement with GAVI, the Vaccine Alliance, to officially join the global vaccine alliance. COVAX is being co-led by GAVI, the World Health Organization (WHO) and the Coalition for Epidemic Preparedness Innovations (CEPI).

COVAX is a platform designed to support the research, development and manufacturing of vaccine candidates and negotiate their pricing, with richer countries taking the lead. Over 150 countries so far have participated in the alliance, which pledges that all countries within the group, regardless of income levels, will have equal access to these vaccines once they are developed.

It targets to have 2 billion doses available by the end of 2021.

The United States, the world's largest economy, has refused to join.

Ding said that being in COVAX is a win-win for China and the world. "Being part of COVAX actually provides significant buy-in to anything coming out of COVAX. Also, China's commitment to equitable access for developing countries is also very significant."

Meanwhile, the main hurdle for COVAX, according to Ding, was the wait for one of the first vaccines to be declared a success.

Currently, the WHO is tracking more than 170 candidate vaccines that are being developed. Of those, 19 are in Phase 2 trials while 11 are in Phase 3 trials. Stage 3 trial is the last stage when a vaccine is given to thousands of people to confirm its safety and effectiveness. At least four of China's Phase 3 vaccines are in the final stages of clinical trials and are approved for limited usage — two are being developed by state-backed China National Biotec Group, and two others by Sinovac Biotech and CanSino Biologics.

Ding said it remains unclear whether the U.S. would join the initiative in the future.

"Perhaps COVAX can still negotiate with U.S. manufacturers, for certain vaccines, to manufacture and distribution. Whether the U.S. would join this, provide funding, or buy in significant output from this coalition is still a question."