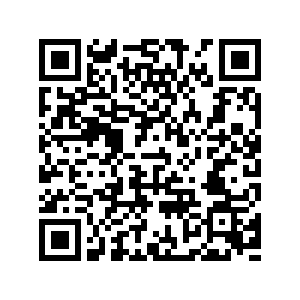 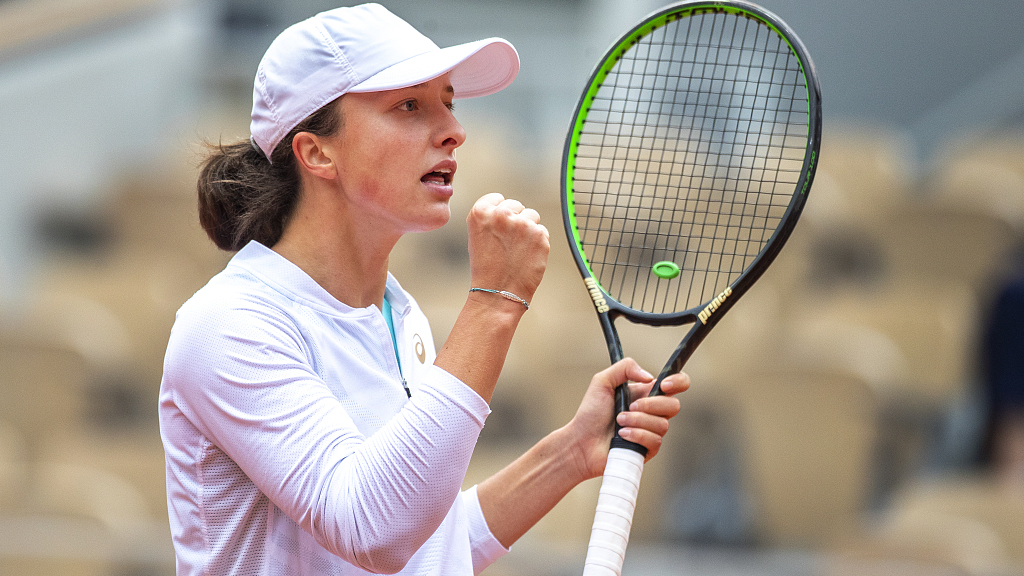 Iga Swiatek of Poland reacts during her match against Nadia Podoroska of Argentina in the French Open semi-final at Roland Garros in Paris, France, October 8, 2020. /CFP

Iga Swiatek of Poland reacts during her match against Nadia Podoroska of Argentina in the French Open semi-final at Roland Garros in Paris, France, October 8, 2020. /CFP

Polish teenager Iga Swiatek became the youngest player to reach the women's singles final in 19 years at the French Open, continuing her bulldozing run at Roland Garros with a 6-2, 6-1 dismantling of Argentine qualifier Nadia Podoroska on Thursday.

The 19-year-old will play the Australian Open champion on Saturday.

World number 131 Podoroska, who was looking to become the first qualifier to reach a major final in men's or women's singles, had no answer to Swiatek's powerful groundstrokes and sleek movement.

Swiatek had broken serve 27 times en route to the last four and added five more to that count before finishing off the one-sided contest on Court Philippe Chatrier in 69 minutes.

"I'm kind of surprised, really. I always knew that if I would be in a Grand Slam final, it would be at the French Open," Swiatek said on court after becoming the first Polish woman to reach the Roland Garros final in 81 years and the first at any major since Agnieszka Radwanska at Wimbledon eight years ago.

She managed to hit through the court well, both off the forehand and backhand, and painted the red clay with winners, amassing 23 during another typical performance at a tournament in which she also snapped top seed Simona Halep's 17-match winning run.

Unable to put up much resistance, Podoroska decided to show more aggression and started coming forward to cut down the time for Swiatek to hit her big shots.

Swiatek, who also plays in a doubles semi-final on Friday, kept up the tempo and raced to a 4-0 lead before nervous errors allowed Podoroska to avoid a second-set bagel with a break of serve.

The Pole, who has lost only 23 games in six matches, broke back immediately, however, and ended Podoroska's ordeal on the first match point with an unreturned serve. 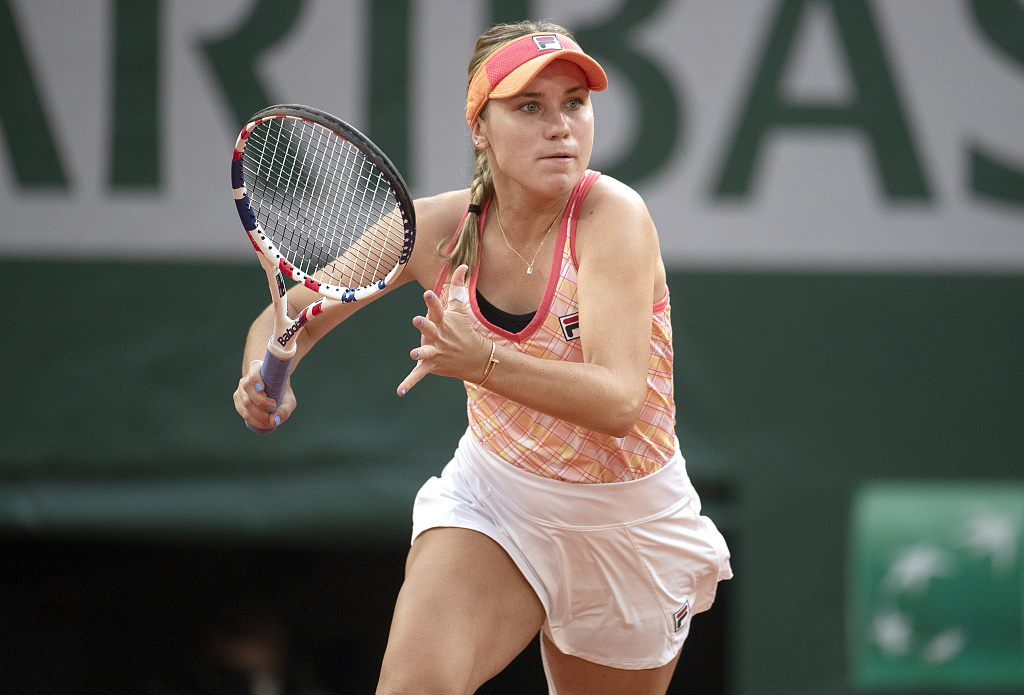 Sofia Kenin of the United States in action against Petra Kvitova of the Czech Republic in the French Open semi-final at Roland Garros in Paris, France, October 8, 2020. /CFP

Sofia Kenin of the United States in action against Petra Kvitova of the Czech Republic in the French Open semi-final at Roland Garros in Paris, France, October 8, 2020. /CFP

Fourth seed Kenin, who beat Spain's Garbine Muguruza to win the Australian Open in February, proved too solid for the 30-year-old Kvitova who had not lost a set en route to her first French Open semi-final since 2012.

A mixture of crafty shot placement, superb defense and some scorching backhand winners, combined with too many Kvitova mistakes, put Kenin in command and her only wobble came when she served for the match at 5-4 in the second set but was broken.

When she got a second chance to serve it out at 6-5, however, the American could not be denied as Kvitova fired a forehand wide on match point – a shot that rather summed up the Czech's performance.

"I had tough matches these past two weeks. It's amazing to be in the final," Kenin said on court. "I'm going to enjoy it and then tomorrow get ready for the final.