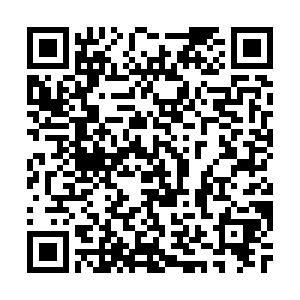 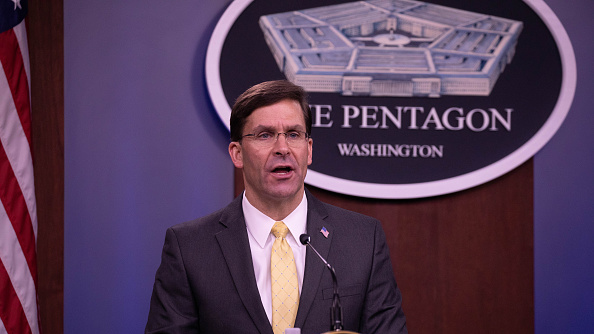 On October 6, U.S. Secretary of Defense Mark Esper spoke on the National Defense Strategy and the future defense modernization priorities at the Center for Strategic and Budgetary Assessments (CSBA), which aims to provide timely, impartial and insightful analyses to senior policy-makers in the executive and legislative branches, as well as to the media and the broader national security establishment.

As the chief spokesman of the U.S. national defense budget and military-industrial complex, Esper once again repeated what he has argued for since he took the post of the Secretary of Defense. For example, the U.S. must maintain no peer in the military affairs and it must be acting as the savior of the world; now or in the future, the U.S. must take the lion's share in the world arms sales. To those ends, the U.S. needs reasons to get support.

He went directly to three lines of efforts for the future priorities by 2045: building a more lethal force; strengthening alliances and partnerships; and reforming the Department of Defense (DoD) to redirect more money and manpower to the highest priorities.

In addition, he especially boasted one of his progress since taking the position in 2019, for example, focusing the DoD on China strategy and designing a coordinated plan to strengthen the U.S. allies and build partnerships, as well as updating its key strategic plans for 2045.

If one read through Esper's statements at the CSBA, it is not hard to summarize these goals as follows: the U.S. refuses to accept any parity in military competition; the U.S. Congress needs to appropriate more budget to maintain the American preponderance and the U.S. should take the lion's share of international markets for arms sale.

First, Esper argued that historically from the Captain Alfred Mahan and his seminal work on the influence of sea power in history, the U.S. has set the Navy on course to becoming the most advanced and powerful fleet in the world. 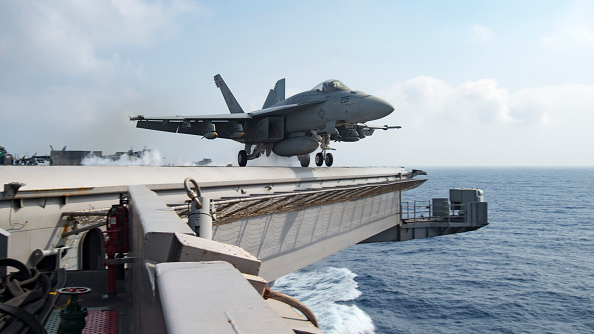 Now it is the crucial moment that the U.S. "must chart a new path to a future fleet that will maintain our naval superiority long into the future." Here Esper used the term of "superiority" rather than "parity" with countries such as China or Russia.

Second, Esper continued that the challenge before the U.S. is clear: near-peer rivals – namely China and Russia – are rapidly modernizing their militaries in an effort to erode America's longstanding advantages and shift the balance of power in their favor.

Although Esper admitted that China set out its goal to complete the modernization of its armed forces by 2035 and to field a world class military by 2049, he still denied China's legitimate right to achieve parity with the U.S. navy, if not exceed its capabilities in certain areas and to offset America's overmatch in several others.

The reasons Esper presented are ridiculous, arrogant and aggressive. For example, a military powerful and economically strong China would be able to counter the U.S. power, to control over the South China Sea, to exert the veto power over the economic and security decisions of smaller nations, and to undermine fundamentally other countries' sovereignty and way of life.

Third, Esper argued that the U.S. must make sure to drive a major shift in how to design, build and sustain its fleet and conduct naval operations in the years and decades to come. To that end, Esper appealed to the Congress to support America's future naval force including the 30 year shipbuilding plan in the name of the Battle Force 2045.

In addition, Esper promised to the Congress that he will lead his department to build exportability into the U.S. products. As he said, the U.S. will hasten the process of foreign military sales, otherwise it risks ceding the market to the Russians and Chinese.

Sixty years ago, Eisenhower urged the American people they "must never let the weight of this combination endanger our liberties and democratic processes." Today, in the age of globalization, it is still clear that the shadow of the "military-industrial complex" is over the U.S. domestic politics and foreign policy particularly.